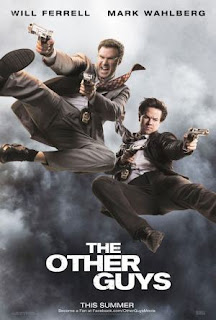 In My Own Words
I love a movie which gets mixed reviews. I’m not referring to the movie reviews you see on TV or read in magazines, but the reviews from the people who really matter in your life. The one’s who’s opinions you really care about like your family and your friends. The majority of people will listen more to the ones close to them regarding whether they should see a film rather than the media. So it intrigued me to no end when one half of the people I know tell me to see a movie and the other half tell me to wait until the DVD. When a situation like this arises, damn it I am going to see the movie at the cinema! If someone normally hears that a movie is bad from a friend, they normally won’t see it, even if someone else they know says that it is good. Me on the other hand, my mind works another way when it comes to movies. If people are conflicted on whether it is good or not, then I’m sure there is going to be plenty to talk about after I see the film! Nothing like a good debate about film! Who needs parliamentary question time when we can all sit around and talk about movies? Maybe if Australia had got Julia Gillard and Tony Abbott to discuss their favourite movies before the election, it would have been over and done with a lot quicker.

Maybe the difference in opinion for many people in this film comes from whether they are Will Ferrell fans or not. I don’t believe Mr Ferrell’s humour is quite for everyone. He does definitely have a cult following though. However, like everything, there is always one film which will break through the haters expectations and a wider audience will enjoy it. I don’t think this is one of those films though.

Review
“The Other Guys” is funny. There is no denying that, but oh does it try hard to be. Subtlety is definitely not the order of the day in this film and although it is not a fantastic film, it is not a complete dud either. Allen Gamble (Will Ferrell) and Terry Hoitz (Mark Wahlberg) are two cops who are not the heroes and do not have any hope of being so. They are always in the background watching everyone else take all the credit and are the laughing stock of their beat. Not only that, but they intensely dislike each other. Even when they do happen to tap into something that doesn’t seem quite right, no one seems to take any notice of them. Gamble and Hoitz find that by working together and remaining outcasts, they are actually able to accomplish more than what they and anybody else would’ve thought.

“The Other Guys” tries very hard to be funny. This is more so at the beginning of the film where the jokes just seem predictable, old and forced. It is as though director and writer Adam McKay was almost worried that people wouldn’t find the movie funny, so he had to try and cram as many things that the audience may find funny in so that he couldn’t lose. However, this lack of subtle humour seems to calm down towards the middle of the film and there are actually some very funny parts. The film is not deep by any means and one cannot take it seriously, mainly because of the presence of Will Ferrell. Not to say that Ferrell cannot do a serious film or carry on a serious role, because he did so in “Stranger Than Fiction”, but in a film which is first and foremost a comedy and has him in it, there is no hope for a tearful moment. There is definitely good character development though. Each main character has a back story and an entertaining one at that which does make the film more enjoyable to watch. The special effects and action sequences are very impressive, but unfortunately there isn’t nearly enough of them throughout the film.

Will Ferrell is much like he is in the majority of his other films. He is very funny in parts of the film, but he doesn’t give anything in “The Other Guys” that sets his role as Allen Gamble apart from his others. Gamble is a very entertaining character and it is obvious that no one else could have played this role besides Ferrell. He does play it perfectly to his ability, but it won’t be one of the characters he will always be remembered for. Mark Wahlberg gives an easy performance in his role as Terry Hoitz. It is a different role compared to what he has done in the last few years and it is interesting to see him in a comedy role. He is not the funniest person in the film, but doesn’t do a bad job by all means. Eva Mendes plays Gamble’s wife, Sheila and although Mendes isn’t known for her comedy roles, is really quite funny. However, it is almost painful to see Michael Keaton in a role such as this.

“The Other Guys” could almost be described as a try hard comedy in its first half, but redeems itself in its latter half. It’s interesting and colourful characters also help to save this film from being completely terrible. It could be so much better than what it is, but those who love Will Ferrell movies will love it.
5/10