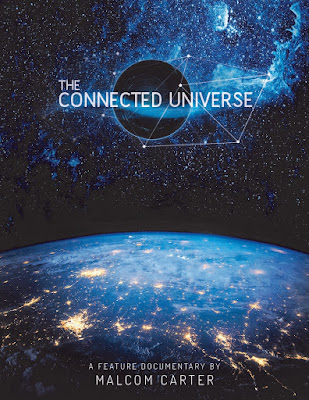 The Connected Universe is the first film to be distributed by Vimeo. Now available here.

Malcom Carter's The Connected Universe is an incredibly beautiful ode to the theory of the interconnection between all things that is both scientifically spellbinding and heart-warmingly inspirational.

Scientists and philosophers have pondered the idea of interconnection between everything in the universe for centuries. The Connected Universe explores this idea using physicist, Nassim Haramein's theory of quantum theory being connected on a cosmological scale and at the same time explores how we are connected with the universe by both science and humanity. As narrated by Patrick Stewart, the film takes us on a visually rich journey that makes one realise that interconnection is achieved not just in existence, but also in human experience.

The Connected Universe is unlike any other documentary that has come before it exploring our existence. Every aspect of the film shows how there is more than a scientific connection between everything in the universe and this is what people truly do feel delight in discovering. We as humans want to believe that we are more than just a walking pile of atoms and The Connected Universe makes us believe that we all matter and should be inspired to make a difference in the world. 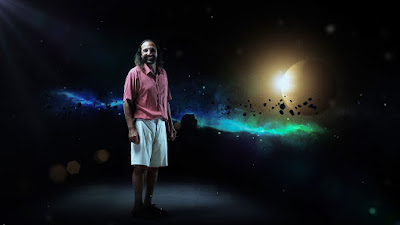 This idea is resonated all through the film. Nassim Haramein's theory regarding interconnection is intriguing and brilliant within itself and often surprisingly humbling, but it is the way the film works around this theory that makes it a splendid marriage between science, humanity and art. The stories of Harramein's self discovery journey that led to him to forming his theory show a more emotional and human side to what is otherwise a strictly scientific idea and this itself shows how we are connected to the universe in more ways than one.

The timing of The Connected Universe's release could not be more perfect. At a point in history where we are currently being forced by the media and certain world leaders to see, be afraid of and question each others differences, Malcolm Carter's film reminds us how alike we really are. Our differences are so minute compared to our similarities, but the film also reminds us that sometimes we have to disconnect in order to reconnect.

Visually, the film is undeniably spectacular. The cinematography by Carter and Seppi Dabringer is absolutely superb and makes The Connected Universe an all encompassing experience, which, again, sets it apart from other documentaries it could be likened to. Filmed in a vast array of locations all around the world featuring the faces of many different people, the film makes us feel at peace and inspired by the world around us.

The Connected Universe is a ground-breaking piece of documentary filmmaking which speaks to us on a personal level as well as scientific. It's deeply human side inspires us and encourages us to look at the universe in a different way.

The Connected Universe Official Trailer from THE CONNECTED UNIVERSE on Vimeo.