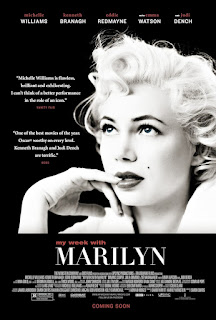 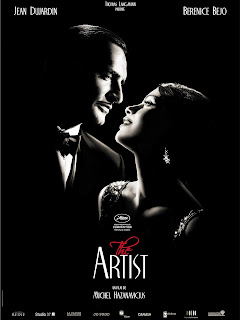 The Artist
Year:  2011
Director: Michel Hazanavicius
Cast: Jean Dujardin, Berenice Bejo, John Goodman, Penelope Ann Miller, James Cromwell
Before I begin my review…..
Let’s put it this way, anyone who saw The Artist before the Academy Awards this year knew it was going to win the big one.
I certainly did.
The Artist reminds me why I love movies. I love those trips to the cinema where you are completely engulfed by a beautiful film. It takes over you and causes an emotional reaction. I was in tears at the end of The Artist just from the impact of how amazingly beautiful the film is. The film reminds us that true beauty doesn’t always come in the use of colour or in the words, but in the way the actors tell a story just by the expressions on their face. This in itself is a tribute to not just the actors, but also to director and screenwriter, Michel Hazanavicius for getting optimal results out of his vision for the film.
The film deserves every Academy Award it won on the 26th of February and I will always remember it as one of the great joys I experienced this year.
Review
The Artist proves that you don’t need dialogue, colour or special effects to make a truly beautiful film.
What makes The Artist such an amazing film is that it takes us back to the basics of cinema, yet it takes with it the things we have learnt in the meantime about what makes a truly wonderful and memorable film. The result is incredibly simple, yet incredibly complex and Michel Hazanavicius has given us something that we can truly marvel at.
George Valentin (Jean Dujardin) is the superstar of cinema in 1927. However, his superstar status is under threat with the arrival of talkies. He refuses to take part in this new fad believing he can make a great film without people hearing his voice. Unknown to him at the time, he actually helps talking cinema’s newest star, Peppy Miller (Berenice Bejo) in her rise to fame, which directly affects his demise. George does not realise the power of the talkies until his star starts fading rapidly.
The way in which The Artist is made is pure brilliance. It is almost a film within a film. The story is a very real tale about what many silent actors back when sound was introduced into their profession had to go through. George Valentin does tend to mirror the life of Douglas Fairbanks in many ways, as Fairbanks was the action hero of silent film and his star faded with the arrival of talkies. He didn’t have quite as much of a fall as Valentin in the film, but there are remnants of the great Fairbanks throughout the film. Not to mention there is a slight similarity in looks there too.
On the other hand, the film is made with the techniques that one would see in a silent film. The over the top movements and facial expressions which the actors give and obviously the use of a film long musical score and appearance of the written word on screen in the place of dialogue every so often are all features of silent films from the 1920’s.
Silent film may not seem too exciting to some people these days, but The Artist is one of those truly amazing silent films where you will soon forget that you are not actually hearing anything coming out of the actor’s mouths. You can hear it all, spoken dialogue or not.
The film completely flows from beginning to end, with each scene contributing in a worthwhile way towards the greater picture. There is a lot of fun to be had with The Artist, it is filled with old Hollywood glamour which we can only dream about these days. The costumes are stunning and the recreation of this period in Hollywood is visually stunning.
Jean Dujardin is just perfect as George Valentin. He is completely likable and he is everything a star from the time period the film is set in should be, as well as leaving no doubt that he also belongs in 2011. He is so expressive in each of his facial expressions and is everything a lead character should be. The audience roots for him all through the film and longs for him to come out of his dark stage and be the star they know he is.
Berenice Bejo is also the perfect old Hollywood starlet. She is all class and she lights up the screen whenever she appears. Her emotions are evident through all her facial expressions and she is an absolute delight.
And of course, who can go past Uggie the Jack Russell terrier? A wonderful performance by an animal actor with such purity!
The Artist reminds us where we have come from and how we must never forget the glory of cinema then, but also that cinema’s glory days are still in progress with beautiful films such as this.
If only we could see such beautiful smiles and happy faces as we see in The Artist in everyday life.
10/10
Sources
Imdb.com
Posted by NP1982 at 3:13 AM No comments: