Fantastic Beasts and Where to Find Them (2016) film review 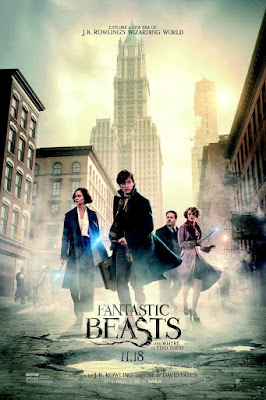 Fantastic Beasts and Where to Find Them is now showing in cinemas everywhere and is distributed by Warner Bros Pictures and Roadshow Films in Australia.


J.K. Rowling's new story that exists within her Harry Potter universe, Fantastic Beasts and Where to Find Them will undoubtedly delight fans of the wizarding world with it's originality and whimsical nature. However, despite it's lovely magical undertones, it is a much more mature film than the Harry Potter series and with that comes a new sense of intrigue and wonder.

1926, New York City. A young British wizard, Newt Scamander (Eddie Redmayne) enters the city with a briefcase that looks deceptively normal to Muggles, but is filled with wondrous creatures that exist only to the knowledge the wizarding world. Some of the more mischievous creatures escape, which leads to Newt having chance encounters with No-Maj (the American word for non-magic folk), Jacob Kowalski (Dan Folger) and ex-Auror, Porpentina Goldstein (Katherine Waterston), who has been on his trail attempting to bring him to the Magical Council of the United States. However, there are more sinister things currently happening in New York as an invisible force is preying on No-Majs. The council believes Newt's creatures are behind this, so it is up to Newt, Jacob, Tina and her sister, Queenie (Alison Sudol) to find out what is really behind these deaths so to clear his name, save innocent people and keep New Yorkers unaware of the wizarding world. .

It goes without saying (as the masses of Harry Potter fans will already know) that Fantastic Beasts and Where to Find Them is thankfully not a prequel or a sequel, but rather an extension of  the world in which Harry Potter years later exists. For this reason, the film will be instantly enjoyable for fans of the latter with its references to Hogwarts and the well known spells Harry, Hermione and Ron perform. However, even though these references will go over the heads of the few who haven't seen the Harry Potter films, there are not enough of them to deter people from seeing the film because they think they may not understand it. 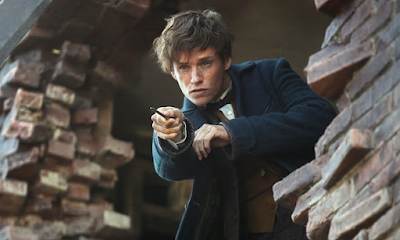 Fantastic Beasts and Where to Find Them is very much it's own film with an original screenplay by J.K. Rowling that takes small inspiration from her books, but ultimately could truly exist as a standalone film. However, it has just been announced that this film will be followed by another four films,  but this is not of any annoyance at all due to the fun, intriguing and nostalgic nature of what is now the first film in the new series. The four main characters, as touchingly portrayed by Eddie Redmayne, Katherine Waterston, Dan Folger and Alison Sudol, all have a great deal of uniqueness and character development, which makes the idea of more films involving the four of them rather exciting.

The only major fault of Fantastic Beasts and Where to Find Them lies in the explanation of the newly introduced features of the wizarding world, such as the strange, but often very cute CGI creatures. Much of the information regarding their extraordinary features is held back until later in the scene where they are introduced and put on show, so that one is more confused than entertained about what is happening while it is happening. This feeling of confusion clouds over what should be being enjoyed. 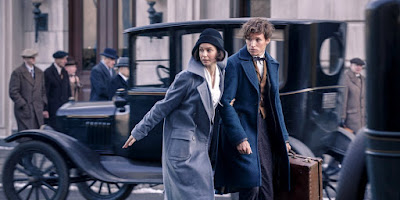 Visually, the film is just stunning in every way. The production design of 1920's New York City teamed with the magic of the wizarding universe in which Newt's sanctuary for fantastic creatures exists makes for a world of tremendous beauty that is incredibly engaging on screen. At a time when so many filmmakers are tempted to prepare their films for 3D, this film proves how you can still have an experience of wonder in a high budget film without the need for 3D glasses. Colleen Atwood once again stuns with her amazing costume design and the musical score prepared by James Newton Howard is reminiscent of the previous David Yates/J.K. Rowling collaborations.

Again, Fantastic Beasts and Where to Find Them is a more mature film than the Harry Potter's so calls for a more grown-up sense of magic and set of emotions. The last few scenes are particularly heartfelt and rather unexpectedly so with the way the characters engage with one another. Redmayne, Waterston, Folger and Sudol all give wonderful performances and are relatable and likable. With this more mature context, the film is not so much for younger audience members as for older audiences and is rather dark and menacing at times.

It is welcomed news that there is more to come for Fantastic Beasts and Where to Find Them. Here is a marvellous start to a new film franchise and while there isn't much that is left unanswered, there is just enough questions remaining to make us look forward to the second film.