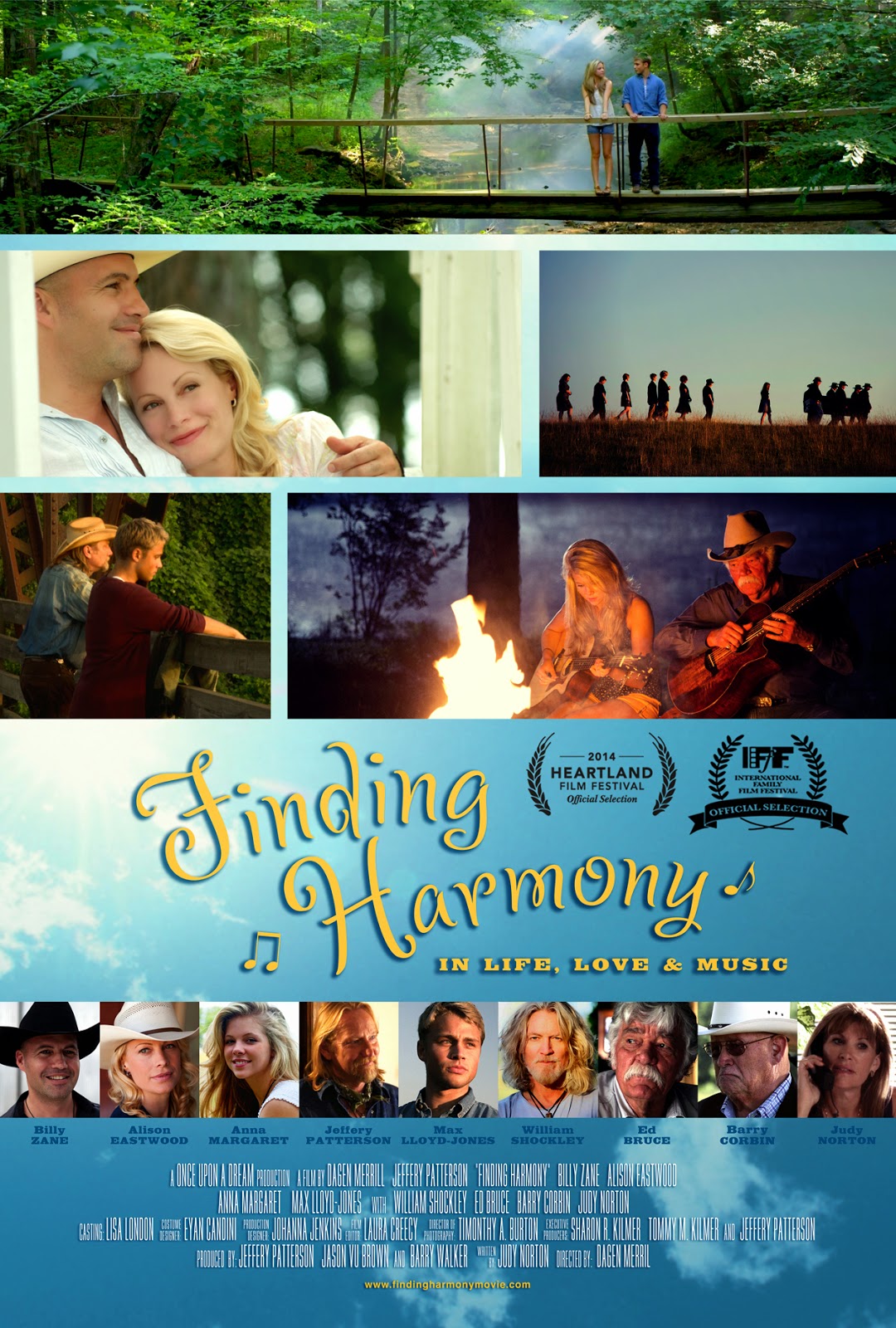 Finding Harmony is a charming film which proves that no matter how much you try to run from where you are from, you never truly leave home. It is a film which will delight those with country music in their veins, but also one which many will be able to relate to for its portrait of generation dynamics within families. With some truly beautiful and wonderfully likable performances from its talented cast, Finding Harmony is a true home comfort.

Harmony Colter (Anna Margaret)  may be only sixteen-years-old, but she knows exactly what she wants in life and that is to follow in her father, Casey Colter’s (Billy Zane) footsteps and be a country music singer. However, her mother, Sam (Alison Eastwood) will do anything to keep her away from the world that both her ex-husband and estranged father, JT Grayson (Ed Bruce) built their lives around. When Harmony runs away from the home her mother has made from her, she finds herself with her father heading to meet her grandfather for the first time at the Fame Ranch, a place which acts as a camp for juvenile young boys. Sam finds herself having to travel to back to the place where she comes from and confront her past and her demons.

Finding Harmony is an incredibly sweet film for families about family. It looks at the dynamics between generations and how they change over time, such as the dynamics in the relationship between parent and child and between grandparent and grandchild. Many people will find these dynamics relatable, but they will also find is that the family themes represented are also close to their heart, such as that of returning home to face your past. While Finding Harmony is one family’s personal story, it never feels too personal to the point that the viewer feels uncomfortable watching. What the film makers have done so brilliantly is draw the audience in so much that they feel like they are part of the family so that they are invested in the film on an emotional level and do not feel as though they are detached from the action.
As a whole, the film is very atmospheric as a result of several features all coming together. From the moment Harmony gets on stage with her guitar, the film is a country music lovers treat. The soundtrack is a great deal of fun with a variation of songs which give extra emotional emphasis to the scenes they are in. Set mostly in country Alabama, the music adds to the rural setting and gives it a peace and serenity. There are some truly beautiful shots on the ranch and gorgeous use of silhouettes, particularly of Harmony on the horse.

Anna Margaret is wonderful in the lead role as Harmony. Though she has a rebellious streak, she is instantly likable and her sincerity is infectious. Margaret does an exceptional job and has real star power with her acting and singing ability. Billy Zane is incredibly charismatic as Casey Colter and also very easy to take to as a character. Alison Eastwood also does well as Sam, a mother who is obviously proud of her daughter, but is resisting the urge to show it for the fear of her making the same mistakes she did. Jeffery Patterson (who is also an executive producer on the film) plays Tyson Caldwell and creates an impact with his sympathetic and warm character whenever on screen.


Finding Harmony is such a charming film of family and returning home. It treats you as part of the family and makes you feel as welcomed and comfortable as possible.