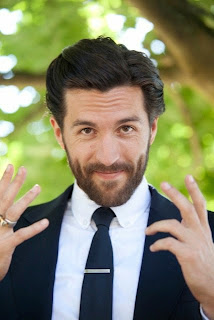 Screenwriting can be a hard gig, but Hollywood up-and-comer, Christopher Lovick has done the hard yards and now, his hard work is paying off.

With his infectious passion for screenwriting and all things cinema, he has recently had his screenplay, Monty Clift optioned by HBO and is working on several other screenplays that are gaining a great deal of interest.

We were extremely lucky to have the opportunity to talk to Christopher Lovick about his upcoming projects and the importance of and his love for film and writing.


When did you first develop your love for film?


I always loved movies as a kid, but it wasn’t until the summer after the 10th grade that I really became obsessed.  There was a store a block away from my house. BJs it was called.  It was one of those convenience stores that also rented videos.  This one summer I was “in-between” social groups, essentially a loner.  BJs had a decent selection of films.  I’d rent anything Siskel&Ebert gave two thumbs up.  Stallone in Oscar and Mike Todd’s Around the World in 80 Days were highlights from this melancholic yet informative summer.  I realized the power of film.  A cure for loneliness.  I remember walking home from the video store and seeing the cool kids driving by in a jeep.  Top down.  There I was clutching a Snickers bar and hot new Stallone joint.


So would you say that film is a medium which gives you an escape, but also adds to your reality and sense of self?


That’s a perfect way to phrase it.  I actually don’t think you can be more concise than that.  When films work, that’s what they do.  They transport you to a far-off land yet illuminate your own existence in the process.  It’s still the most powerful medium.


Would you recommend teenagers who are trying to find their place in the world to immerse themselves in film the way you did?


Absolutely.  Watch as much good film as you can.  Find those directors and writers that speak to you.  I read a study recently, that we retain more when we trust and feel connected to the source of the information.  The filmmakers we love—we soak them up.  We remember their work because we trust them and so appreciate their specific vision of the world.


You have done a fair bit of work on screen as an actor.  Did a love of acting or writing come first?


I’ve always loved acting. Writing came later. When I was sixteen my acting teacher asked me what I was reading and I didn’t have an answer.  She demanded I read “Catcher in the Rye.”  I was so fired up after finishing that book that I sat down to adapt it into a film.  Imagine, this sixteen-year-old kid thinking he can adapt the great J.D. Salinger.  The hubris of that mini-me.  But the fire had been lit.


Do you still do a great deal of reading?

I do.  I’m reading “The Master Algorithm” by Pedro Domingos.  It’s a great book if you’re into machine learning, and not too difficult.  Before that I read “Sapiens” by Yuval Noah Harari.  Another incredible one.  I also read a lot of longform journalism.  I’ll send articles I find online to my kindle.  I read them later in batches offline.


Are books something you still draw inspiration from in your own writing?

Definitely.  I realize I haven’t mentioned any fiction writers.  I’ve read a lot of fiction.  I like the action writing in my scripts to be concise.  Reading the masters of fiction helps with this.  Lorrie Moore.  Richard Ford.  Joyce Carol Oates.  “The Sympathizer,” by Viet Than Nguyen. These writers give me ideas as I read them.

Where did you learn the most of what you know about screenwriting and filmmaking?

Growth is three-dimensional.  We develop on multiple, intersecting planes.  I’ve learned from the act of doing (writing, photography, acting), the act of studying (school, reading), and the act of selling the product.  The last one is the hardest because there’s such a stigma to it.  Artists like to feel that if they “build it, they will come.”  But we must learn to present our work and inspire others to get on-board. 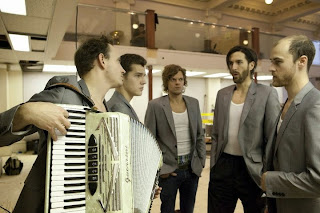 Have you found that the activity of screenwriting is a never-ending process?

That’s been my experience.  You think you’re done and put it down, then read it in a few weeks and there’s more to do.  A screenplay especially.  At the end of the day, it’s simply a blueprint to build on.  A screenwriter sets the stage for the artists to follow.  It can’t be about result.

Your screenplay of the life of classic film star, Montgomery Clift, was recently optioned by HBO.  I imagine there was a lot of research required.  Can you tell us a bit about that process?

Lots of reading.  Not just biographies about him.  But books from the fifties.  Getting a feel for the language and the way people spoke.  Monty Clift is tricky person to capture.  He was a privileged child actor who did Broadway throughout his teens.  Then, in his adulthood, he became a huge movie star.  But he had secrets, and a piercing self-hatred.   I had to take chances.

What are you working on now?

I’m excited about my new script, Sidecar.  It’s about a man who takes on the life and identity of his recently-deceased twin brother.  It’s a personal story, as my father lost his twin as well.  But I’m also drawn to the metaphor of twinship.  As even us non-twins, are in a sense two people, constantly trying to embody our better half.  Another project I’m excited about is The Paris Quintet.  It’s about five men who live as one.  They wear suits and live together in a one-room apartment in Montmartre.  One is the cook, one is the tailor, one is the counterfeiter, etc.  They’re all in love with the same barista, who’s both charmed and put-off by the prospect of five suitors.  The fractured quality of self-hood, and the difficulty of bringing all your different sides together, is a theme I often find myself working with.

What advice would you give young writers starting out?

If you love it, hang in there.  Keep writing and giving it to people to read.  Once you get to a place, in terms of craftsmanship, where you feel confident, start making films and putting your writing online.  This is how you grow.  As a writer, it’s easy to keep things to yourself.  But you have to finish the circle.  You have to put it out there.  Not every one will like it.  Maybe no one will.  But if you keep writing through the humiliation, sharing your work in spite of it all, then something magical can happen.  You learn humor.  You learn when to pull back.  You find a voice and a process that works for you.  Then, who knows, maybe even some money starts trickling in. 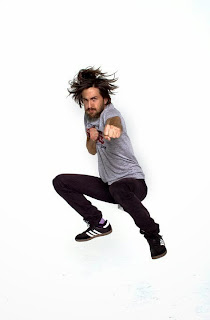