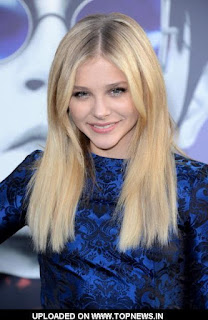 Rising Star
Chloe Grace Moretz
If you can look at this picture of 15 year old Chloe Grace Moretz and not recognize her at all, you must have been living under a rock for the past few years….or you just haven’t been to the cinema for years.

To say that Moretz is a Rising Star may not be the most accurate term, as since making her debut in the hit television show The Guardian in 2004, she has appeared in over 25 films and several television series. At such a young age, she has secured herself a large following based on her versatility and brave choice of roles. Moretz has made the transition from child actor to the realm of movie adolescence and there is no doubt that this amazing girl has a very bright future ahead of her.

Chloe Grace Moretz was born on the 10th of February 1997 in Atlanta, Georgia. Her older brother, Trevor, was accepted into the Professional  Performing Arts High School in New York City when she was only four years old and this is what sparked her passion.

Upon moving to Los Angeles in 2003, Moretz landed her first notable film role in 2005’s remake of The Amityville Horror as Chelsea Lutz. She impressed everyone with her chilling, yet completely innocent portrayal of the youngest child in the terrorized Lutz family.

From then on in Moretz has been constantly working in Hollywood. She appeared in TV shows such as My Name Is Earl, Desperate Housewives and Dirty Sexy Money and was the voice of Darby in Disney’s My Friends Tigger and Pooh. Some of her earlier movie roles also included Big Momma’s House 2, Room 6, The Eye, (500) Days Of Summer and was the voice of Young Penny in Bolt.

However, Moretz made her presence known and made a huge impact with her roles as Hit- Girl in Kick Ass. She shocked audiences with the things that came out of her mouth while in character and Hit-Girl’s choice of combat and defence. Moretz assured the public after this role that she was nothing like her character and never uses the type of colourful language she used in the film in everyday life. 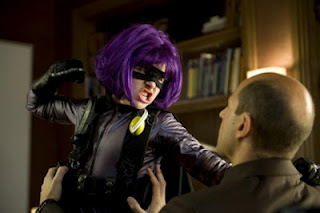 Her next big role was as child vampire, Abby in 2010’s Let Me In and she took on a slightly less horror-related role in The Diary Of A Wimpy Kid in the same year.

Showing her versatility as an actress, she appeared in the Oscar nominated film, Hugo and received wide critical acclaim for her sweet and heartfelt performance.

Moretz has a number of films in production at this very moment, which shows just how in demand the young actress is right now. Perhaps her most highly anticipated role is that of the title role in the remake of Carrie. There is already talk of seeing her in the very popular prom scene which is often talked about when referring to the original. Carrie is due to be released in March 2013.

She is also rumoured to be reprising her role as Hit- Girl in Kick Ass 2.

Although Moretz is now gracing the pages of fashion magazines such as Vogue and W and becoming known for her fashion at movie premieres, she assures people that she is still just a typical teenage girl who loves being with her family and friends.

Moretz herself may believe that she is just a typical teenage girl, but we believe that this girl will be around for a long time yet and will make the move from child to adult movie star with complete and utter ease and grace. We look forward to reviewing more of her films in years to come!