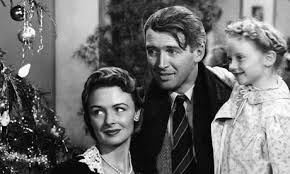 Once again, that time of the year is upon us. The holiday season is a joyous time for many of us as it means getting together with family and friends, the anticipation of Santa Claus making his way down the chimney and decorating your house with as many Christmas lights as it takes to see it from outer space. On the other hand, there are those who are not the biggest fans of the holiday season and one of the reasons for this is more than likely the guarantee that you will not be able to go anywhere without hearing another freaking Christmas carol.
As you are walking through the mall putting yourself through the torture that is Christmas shopping, there will always be a certain Christmas song will come on that will instantly make you think of the movie which it is featured in. You hear the song and into your mind comes the visual of an actor or group of actors singing and dancing to it in a particular film. There are some Christmas songs that just cannot be separated from the movie which they appear in and that really isn't a bad thing.
Here in no particular order are some of the most memorable Christmas songs from movies and the clips of those songs in their respective movies.
"White Christmas" from Holiday Inn (1942)

No doubt over the holiday season you will hear "Have Yourself a Merry Little Christmas" countless times and there is no element of surprise anymore when it is the last song at a carols service. However, Judy Garland's original version as sung in Vincente Minnelli's Meet Me in St Louis will always be the greatest rendition and it is impossible for any other version to capture as much emotion as Garland singing to a young Margaret O'Brien. It is a song which is nowadays sung as a celebration, but in the film is a heartbreaking ballad sung to perfection by Garland and was also sung during war time in the same melancholy fashion.

It is inevitable that when you hear the song "All I Want for Christmas is You", you are more than likely hearing the Mariah Carey hit the high notes. However, the sequence in Love, Actually when the love of young Sam's (Thomas Brodie-Sangster) life, Joanna (played by Olive Olson) sings "All I Want for Christmas is You" at the school's Christmas concert is what you will more than likely visualise. Olson was only eleven years old when she worked her way into Christmas movie song history and although being in the film a short time, she is the reason for one of the most memorable scenes in the film and her singing of the song made popular by Mariah Carey was flawless. It is such a joyous scene in the film that it is talked about so often around Christmas and when speaking of the film.

OK, so this isn't actually a traditional Christmas song and there isn't as much a chance of hearing this on a Christmas mix as other songs on this list, but anyone who has seen Love, Actually will find themselves singing "Christmas Is All Around" at some point in time over the holiday season. Even when you hear "Love Is All Around", it is easy to suddenly break into the Billy Mack (as played by Bill Nighy) adapted version, which even he admits is "utter s**t". So bad that it is fantastic.

Arguably the greatest Christmas movie of all time, Frank Capra's It's A Wonderful Life closes in spectacular fashion leaving not a dry eye in the house. As George Bailey (James Stewart) is helped and embraced by the town he has done so much for when he is in a time of need, all those who love him sing "Auld Lang Syne" to close the film in a rendition that is like no other. It is filled with jubilation and a feeling of togetherness that makes you want to throw you arms around those near you and sing.

"Rockin' Around The Christmas Tree" from Home Alone (1990)


(Please note: no video is available of the scene the song is featured in)

When one hears "Rockin' Around The Christmas Tree", Home Alone is the movie that comes to mind. One of Kevin McCallister's (Macaulay Culkin) clever methods of fooling the two criminals who have his house in their sights, is to stage a party to make them believe that his family haven't gone on holidays. "Rockin' Around The Christmas Tree" by Brenda Lee is playing as mannequins dance, chat and pace around behind the curtain giving the impression of a raging party and the song is the perfect Christmas party songs.

Despite the fact that the Plastics give a wildly inappropriate performance for the schools Winter Talent Show in Mean Girls, you can't help but picture Lindsay Lohan, Rachel McAdams, Amanda Seyfried and Lacey Chabert doing their raunchy dance in their sexy Santa costumes whenever you hear "Jingle Bell Rock". While the dance moves done by the girls are not what many of us would dare to do in public (besides Amy Poehler's "mum" moves), they are easily memorised and rerun in your mind when hearing the song.

Merry Christmas and Happy Holidays to everyone!
Posted by NP1982 at 3:43 PM