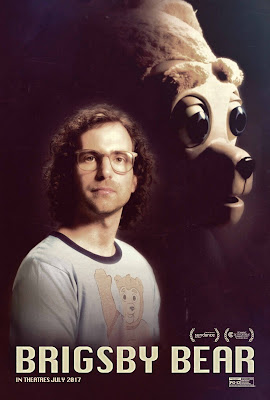 Brigsby Bear is a wonderfully lovable, off-beat comedy that is driven by the power of creativity and passion. It seeks to remind us that while originality is a dying concept, it is still greatly craved and celebrated...particularly in film and television.

The originality and creativity that we speak of here works in two ways when it comes to Brigsby Bear. Firstly, it is a major theme of the film. We are living in an age where differences are celebrated and original content through any medium is desperately needed. Authenticity is something which is admired and people are drawn towards creativity, especially when there is passion involved.

This is what is celebrated in Brigsby Bear. Despite his obvious eccentricities that come from his extremely sheltered upbringing, James Pope (portrayed by Kyle Mooney) is a breath of fresh air for his biological sister, Aubrey (Ryan Simpkins) and her friends, especially Spencer (Jorge Lendeborg Jr.). Spencer immediately befriends James as he is inspired by his passion for television character, Brigsby Bear and finds the whole concept thoroughly intriguing. Brigsby Bear takes on a life of his own when Spencer loads James' videos onto YouTube and the life-size bear becomes something of a cult figure with a devoted following.

To the residents of this small Utah town, both James and Brigsby are as exciting as each other. Brigsby is not your typical fictional character and the fact that he is something new and imaginative makes people excited. There is also the excitement attached to James, as he is unlike anybody else in the town. This excitement is representative of the way we feel when we find something different and original as it enriches our minds and our lives. 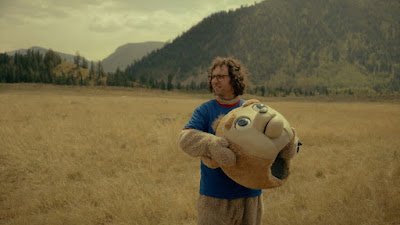 This is the same effect that Brigsby Bear has on it's audience. The joyous, feel-good film's originality is a feature that cinemagoers are currently craving, especially when our multiplexes are cluttered with sequels and remakes. Kyle Mooney and Kevin Costello's heart-warming screenplay is off-beat and quirky (much like Mooney's brand of comedy), but is universally entertaining, sweet and endearing. There are scenes throughout the film that come dangerously close to being cliché, such as the party scene...because it would be so obvious to have a teenage party scene with James having his first experiences with alcohol, drugs and girls. Yet the film takes this and other scenes and puts an unique spin on them.

Kyle Mooney spreads his wings to not only co-write the screenplay, but also play the film's lead. He is a character who, just like the film, is out of the ordinary with his overwhelming passion for a fandom, but at the same time exhibits many characteristics of Stockholm Syndrome. Mooney plays the character with perfection. He is naïve and unworldly, yet not in an exaggerated or stereotypical way. The audience comes to care for him and believe in what he is hoping to achieve with Brigsby. His passion is truly infectious.

Brigsby Bear does something special. It's story pays tribute to all things creative and passionate, but remembers that the film has to also be these things or the theme becomes redundant.