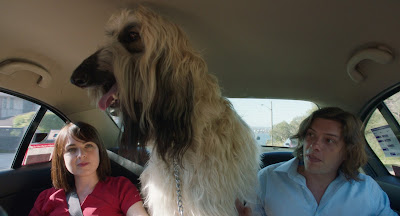 David Wenham makes his feature film directorial debut with Ellipsis; an intriguing cinematic experiment that ultimately blossoms into a naturally whimsical and delightful love-letter to the city of Sydney.

To truly appreciate Ellipsis, one must understand the process by which it came into existence. The film was workshopped over a period of ten days and shot over the course of a night. It was a highly ambitious task for Wenham to undertake with his two leading actors, Emily Barclay and Benedict Samuel, but one that has had stunning results. With a broken phone being the only scripted and non-improvised element of the film, Ellipsis is able to embrace the power of the unknown as two young people aimlessly navigate their way around the city of Sydney.

A week before the premiere of Ellipsis at a Q&A with Luke Buckmaster, Wenham expressed that he had particularly enjoyed working with actors-directors over his acting career. In other words, directors who specifically understood how actors worked. It is obvious that in his first turn as a feature film director, this is the type of director that Wenham aspires to be. Leading up to filming, he led Barclay and Samuel on an intense character workshop so that the two were so comfortable with their characters of Viv and Jasper that they has no problems improvising for the entirety of filming.

The two characters meet by chance on George St in Sydney when they collide and Viv's phone is badly damaged. With her phone being repaired, the world and real life opens up for the two strangers as they get to know each other while they together travel through the city to Bondi and through Kings Cross. Day turns to night and the night brings out new characters that aren't there to be met during the day. These characters were also not written into the script and were people who the crew came across while filming. However, there are some moments in the film you feel may have been planned as they are too coincidental or important to the film to be random acts (such as Viv having her bag snatched or Sculptures By The Sea being over). 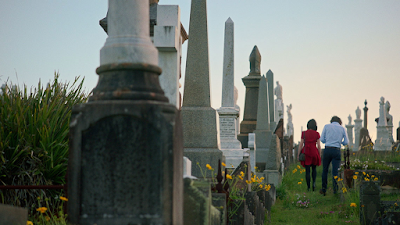 Whether or not everything was truly improvised and left to chance or not, the path Viv and Jasper take and the places they go make Ellipsis a truly joyous experience. As the two enjoy a night that helps them escape from their reality and enjoy the simple things,  the viewer experiences the sense of freedom they feel and learn to embrace the feeling of letting anything happen. Viv and Jasper's conversations are natural, engaging, unforced and often sweetly amusing, which many people may find underwhelming. However, this is one of the ways that Ellipsis reflects real life and it is refreshing to see a piece of cinema truly grasp this concept.

Not only this, Ellipsis also makes you long for a night just like you are watching unfold on the screen and especially in Sydney. Wenham said in his post-film Q&A that he did not want any typical iconic shots of Sydney and this works perfectly. In fact, by seeing the city from a different perspective it makes you realise how beautiful it really is. There are many shots Sydney locals will know only too well, such as the inside of the Queen Victoria Building and fountain at Kings Cross. The film also subtly implies that it is paying tribute to the suburb of Kings Cross and it's dying night life culture due to the lock-out laws. The cinematography is truly exquisite and the musical score composed by Megan Washington is whimsical and perfectly fitting for the mood of the film.

Ellipsis is so much more rewarding if you know the place in which it came from. The result of this intriguing creative experiment is light, joyous and completely lovable. A wonderful directorial debut from David Wenham. 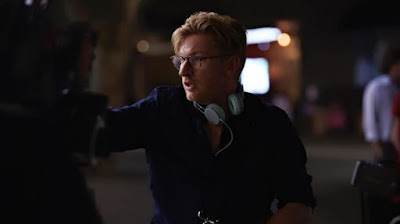