Looking Back on Oscar Week 2014

It's hard to believe that the Oscars are over now for another year. After being in Hollywood the past two years at this time, I find that the best way to describe the lead up to the big day is like Christmas. So much goes into the preparation for the event and then it is over and done with in a few hours and then by the time the next day rolls around, it is like it didn't even happen. Yet on that Monday, the columns outside the Dolby Theater which pay tribute to all the past Best Picture winners contain a new member.

When I came to Hollywood for Oscars week last year, my experiences were more than a little different to this year. Last year I saw things from a distance compared to this year. This year I was lucky enough to have media accreditation for the Oscars Set-Up and also extremely lucky to be included in some of the celebrations on the day.

Flying into Los Angeles on the Tuesday morning before the Oscars always comes with a bit of magic, even if your plane flight was less than magical. This time I decided to spend my first two nights in LA at The Standard at West Hollywood, a hotel I have always wanted to stay at for it's great location right on the Sunset Strip. It's been in a fair few movies including "Get Him To The Greek" with Jonah Hill and Russell Brand. I was pretty happy with my stay, no complaints at all. I did my first trip to Hollywood Boulevard to pick up my accreditation and check out how the preparation was going for Sunday. Day by day it moves closer to the end product which you see on television on the day, it doesn't all happen in a day.

Wednesday morning was extremely exciting when I was one of the lucky members of the media admitted onto the boulevard to be on site for the unravelling of the red carpet. It was a very surreal moment, but incredibly amazing to watch such a vital aspect of the day being placed and being able to stand on it yourself. 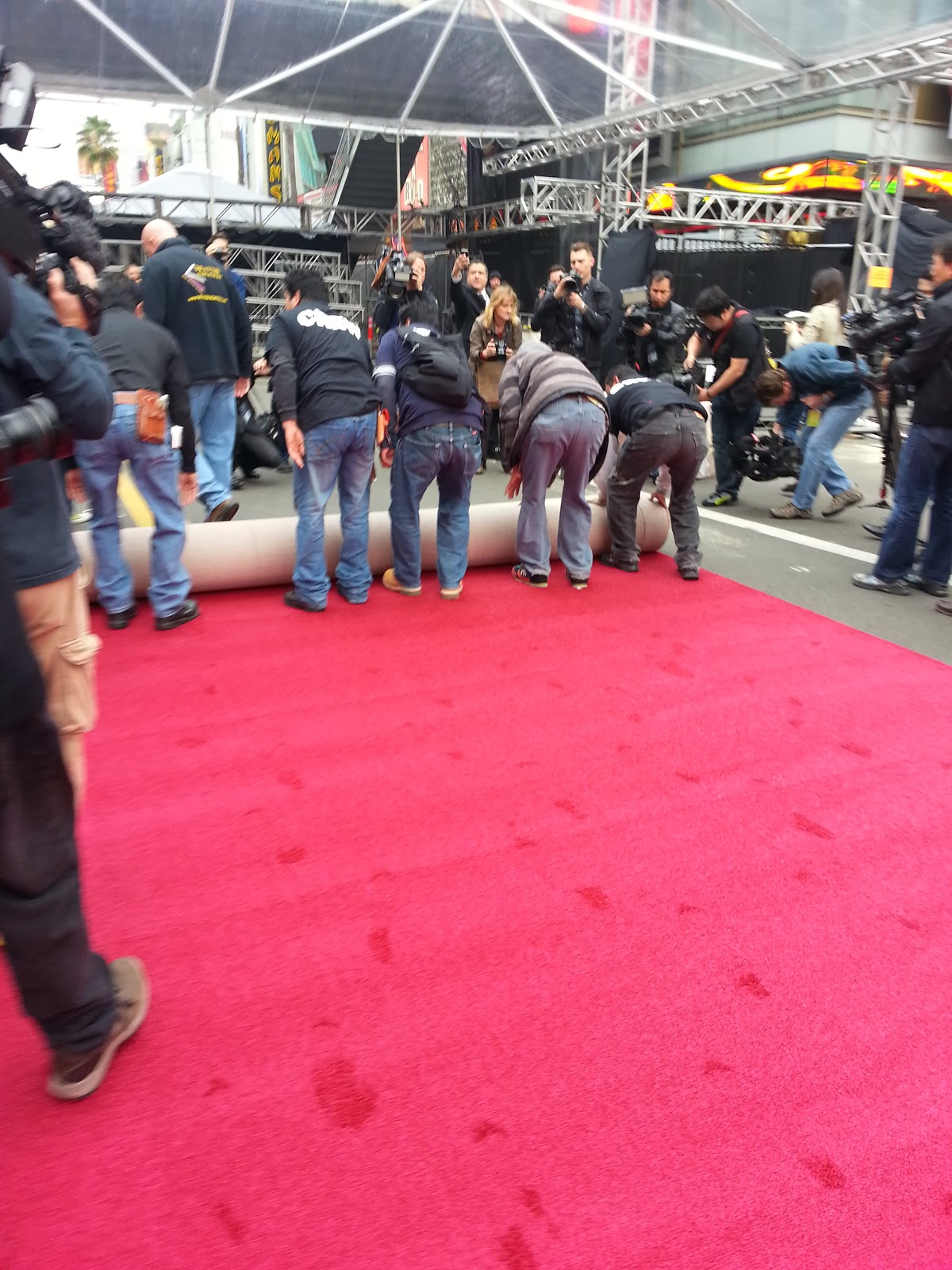 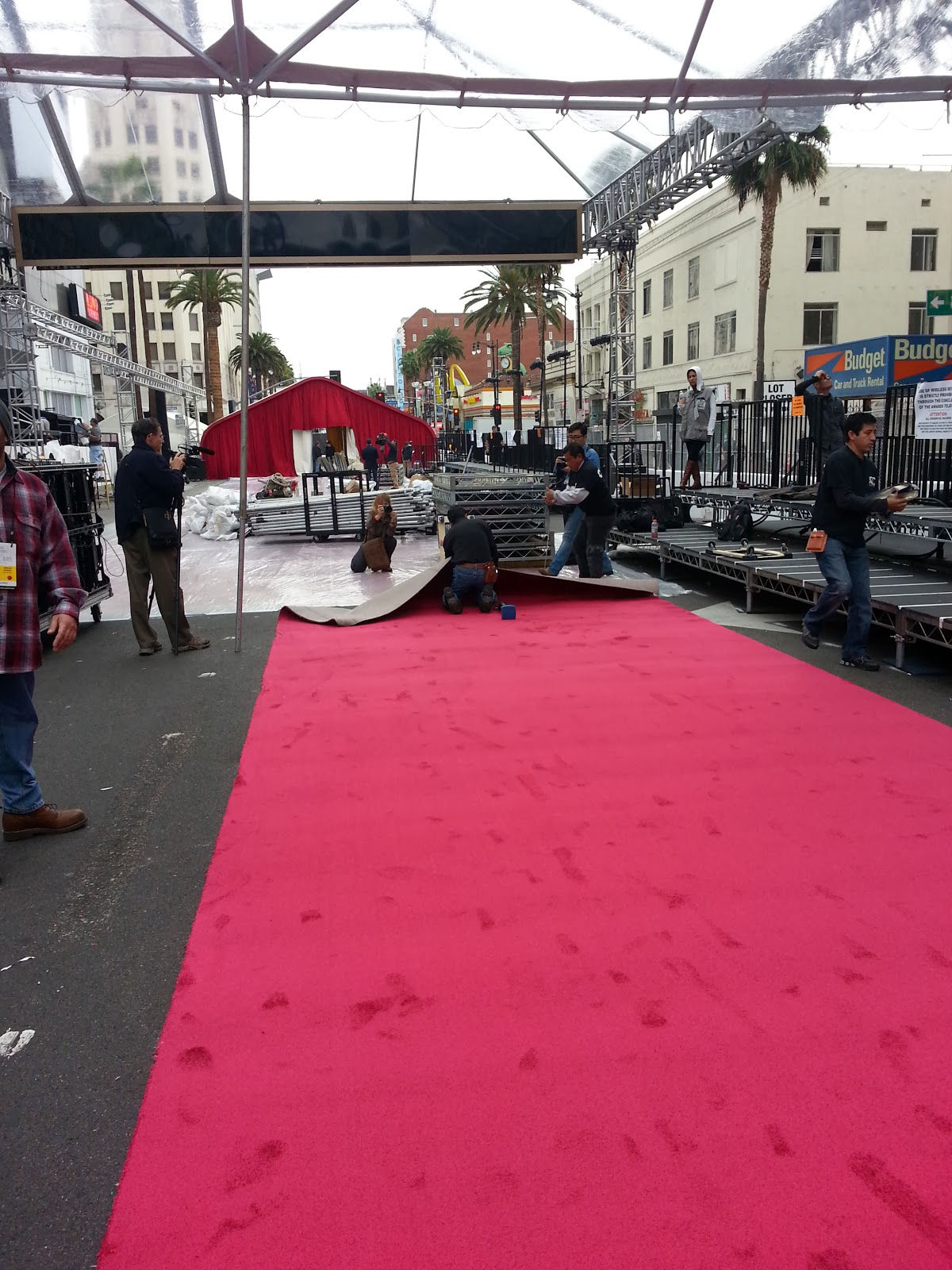 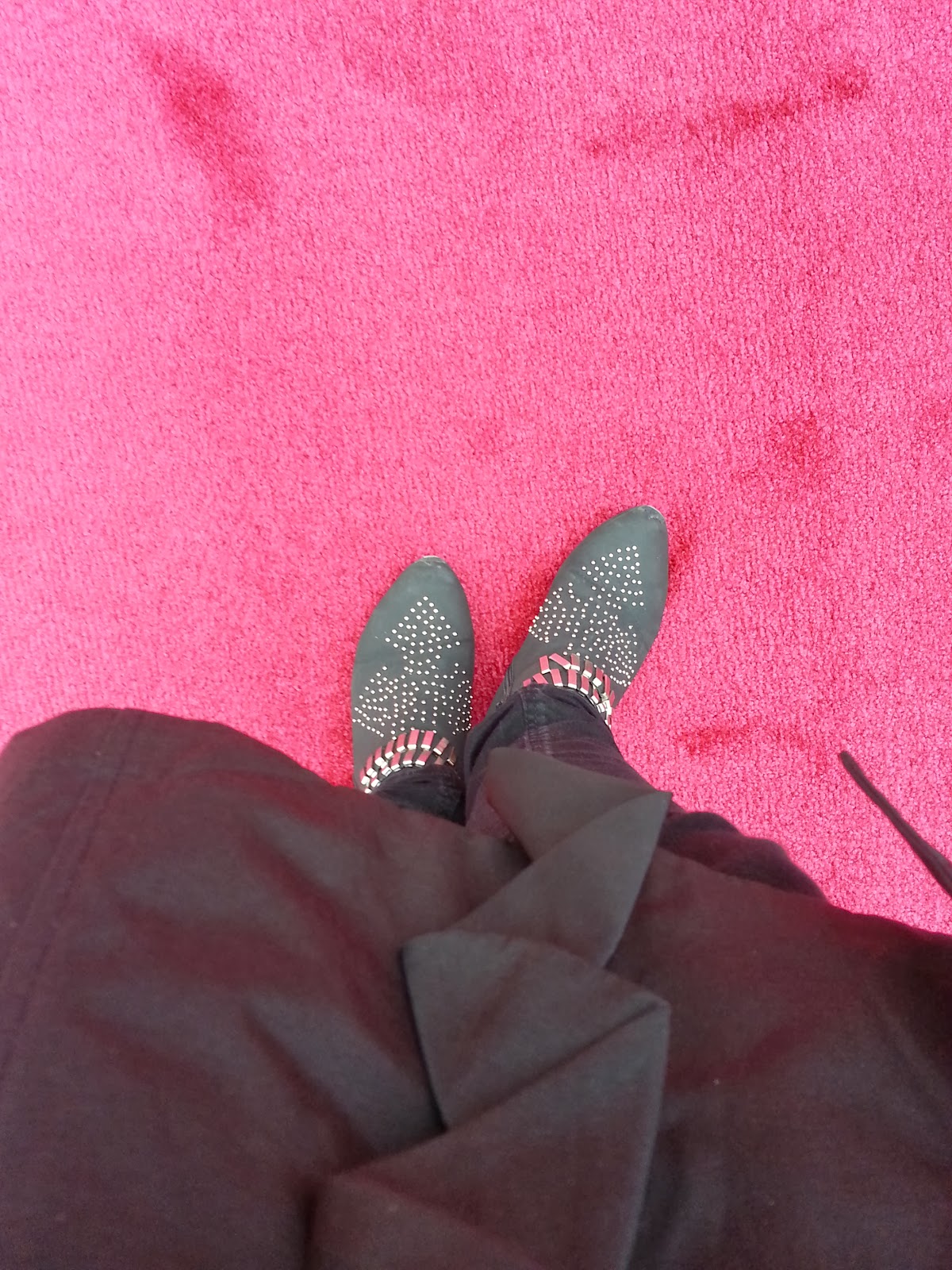 Even Oscar made his entrance today! 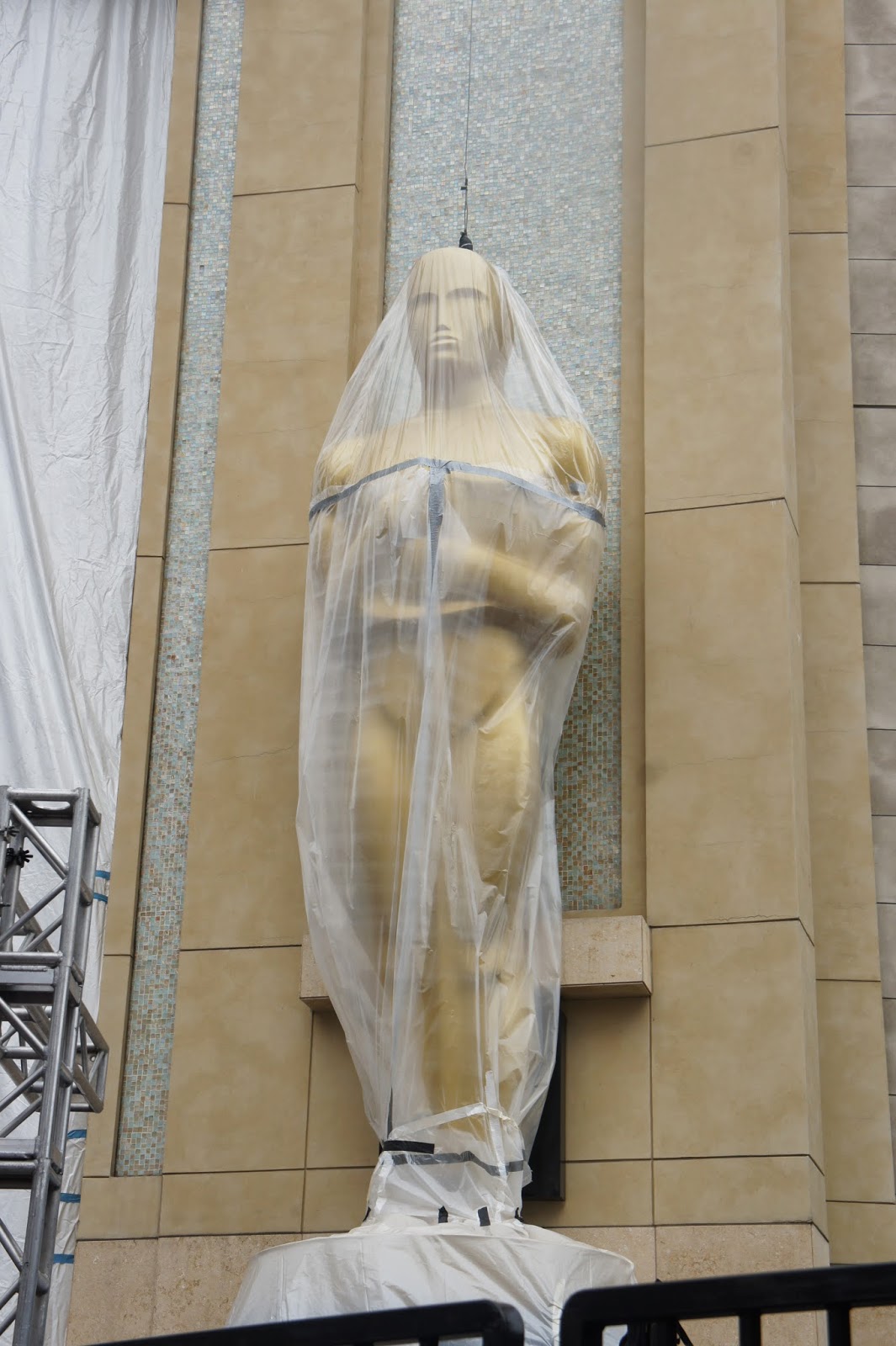 Afterwards I took a walk up Highland Ave to visit a museum which I have always wanted to visit, but for some strange reason took me so long to get to, the Hollywood Heritage Museum. This museum is located in the very barn which one of the first films in Hollywood was made in. This film was "The Squaw Man"' and it was directed by no other than the great Cecil B. DeMille. The museum even has the very desk which was part of DeMille's office and even his shoes. The museum is a tribute to silent film and my favourite part of the museum is Charlie Chaplin's camera from his old studios. The museum is volunteer run and is definitely worth a look not just for silent film buffs, but also anyone interested in Hollywood history. The barn itself is also a beautiful building and is as though you step into the past yourself when you enter.

Thursday I was also lucky enough to be invited to the Hollywood Chamber of Commerce's Media Center at the Chinese Theater. The Media Center is for media visiting from round the world to find out a bit more about what is going on in Hollywood. This year, the Media Center played host to the premiere of Madame Tussaud's Anne Hathaway wax figure, which is incredibly lifelike. There was also great stalls by the Chinese Theater and the Hollywood Heritage Museum and many famous food outlets, including the world famous Pink's Hotdogs. A big thank you to Ana Martinez for allowing us to be part of the event! 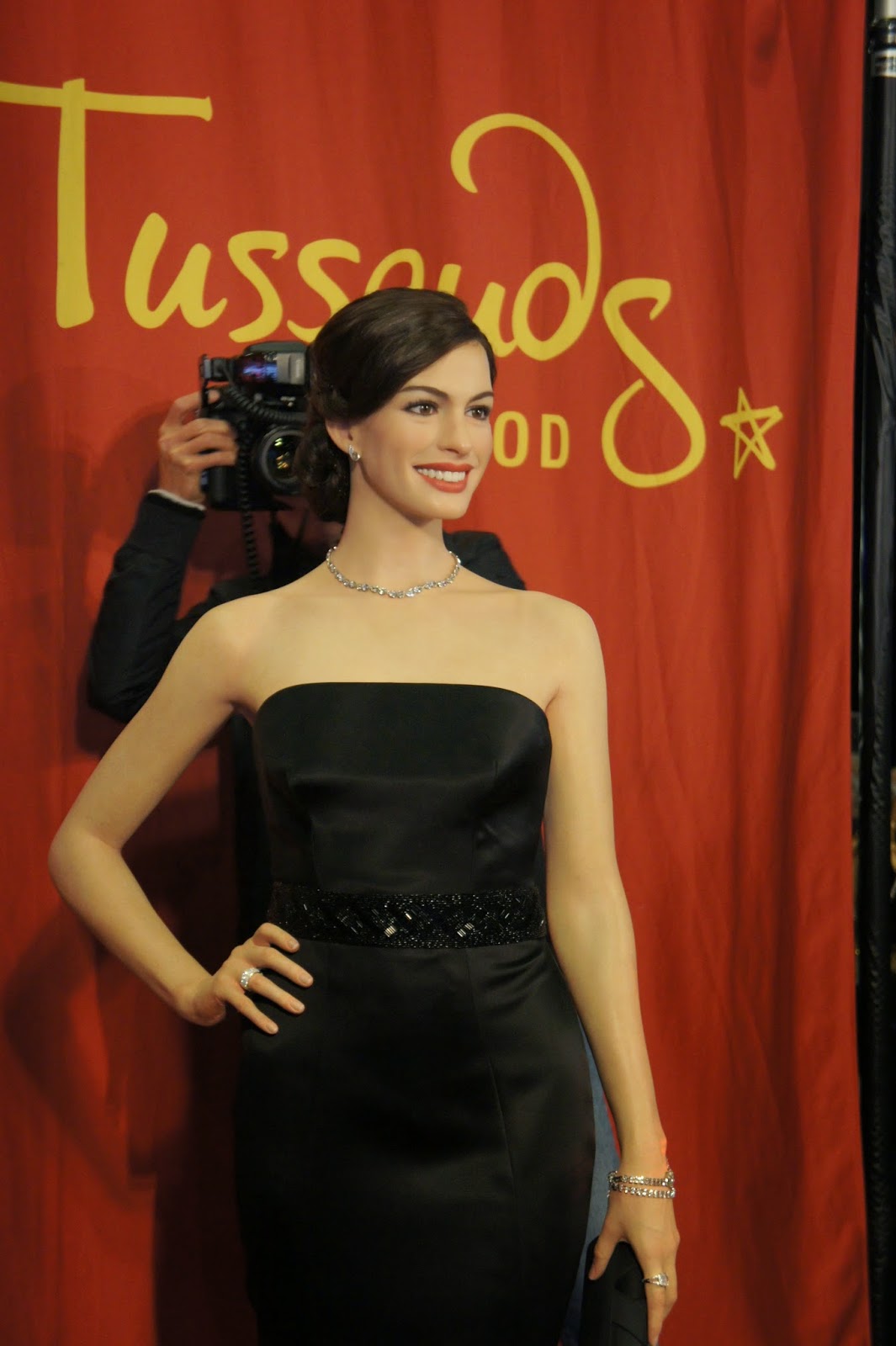 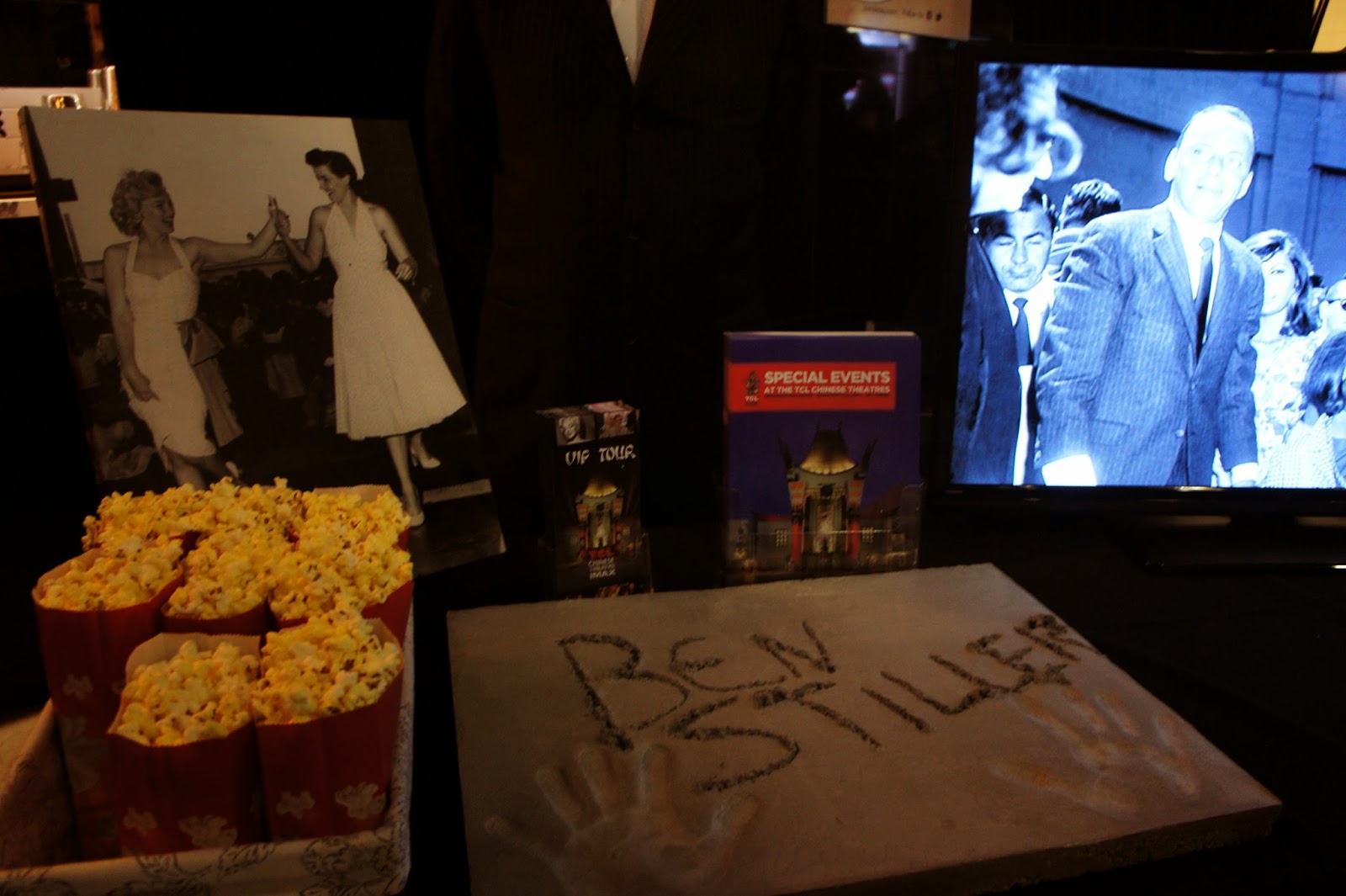 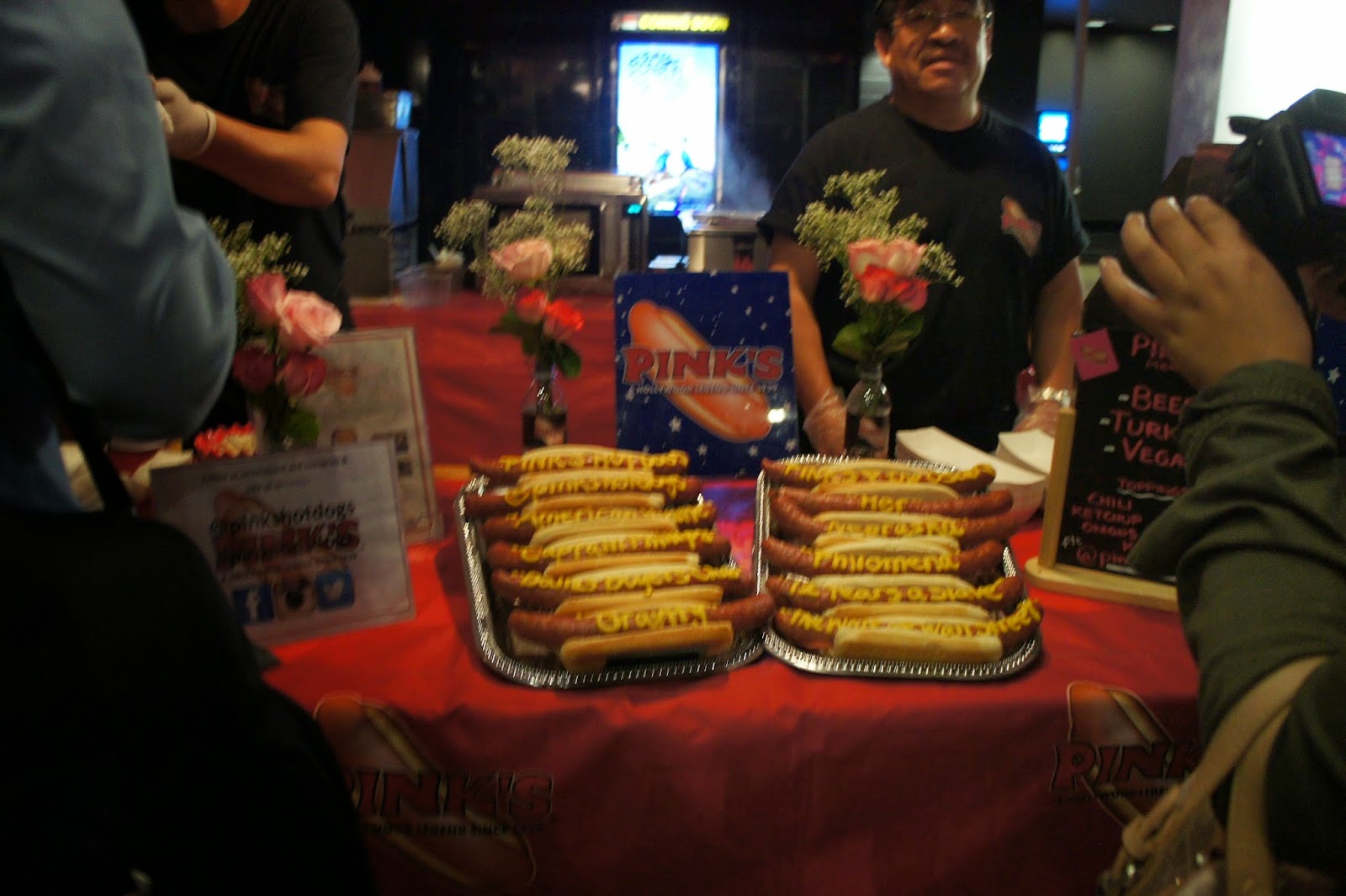 Friday brought a trip to the Hollywood Museum to check out the costume exhibit with some of the films of 2013's wardrobes on exhibit. The costumes of the films which were nominated for Best Costume Design were on exhibit at FIDM in Los Angeles, but the exhibit was not without it's Oscar nominated films on display. Below are the clothes worn by Bruce Dern and June Squibb in "Nebraska" and by Joaquin Phoenix in "Her" 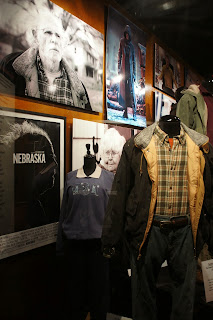 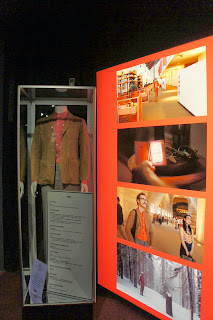 And things were moving right along on Hollywood Boulevard as Sunday was getting closer. 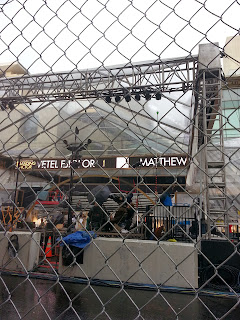 As you can see and the world heard straight from Ellen's mouth on the night, the weather did not do anybody any favours that week in LA. An umbrella was a must have as the rain threatened to cause havoc on the red carpet on Sunday. With the rain still pouring down on the Saturday, I revisited the guys at Dearly Departed Tours who I made friends with last year when I took their Hollywood Tragical History Tour. The company specialises in the darker side of Hollywood providing tours of scandal and death sites. However morbid this may sound, the truth is that the tours are fascinating as they take you on a trip of Hollywood history locations. This time I took the Helter Skelter tour, which takes you on a tour of the key locations of the murders led by Charles Manson and his gang of followers in 1969. Even though I have read the book and seen the DVD which our tour guide, Scott Michaels made entitled "The Six Degrees of Helter Skelter", I feel like nothing could have prepared me psychologically for this. It wasn't even the graphic details of the murders themselves which disturbed me, but it was being in the same locations (particularly Cielo Drive) and the whole atmosphere. The original house has been destroyed and a new house built, but even is house remains unoccupied and it's emptiness and silence is disturbing. The rain added a feeling of dread which even though it was unplanned, very fitting for the trip. However, I do recommend the guys at Dearly Departed Tours, particularly Scott Michaels and Brian Donnelly. These guys really know their stuff and are great to have a chat to. 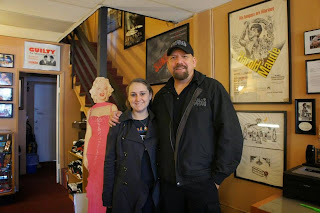 And then there was Oscar Day...and the rain hadn't stopped. Walking down to Sunset Boulevard for breakfast seemed like a great idea before contemplating that contrary to belief, it really does rain in LA. one thing that you don't see on television when you are watching the Oscars from home is the protesting at goes on on the boulevard. nybody who feels they have something to say about the evil of Hollywood doesn't hold back on the day when people take notice of what is happening there. Many Christian groups take to the stretch with banners and megaphones to tell everyone what they think. This was my favourite banner I saw. I don't know about them, but I could think of a few obvious reasons. 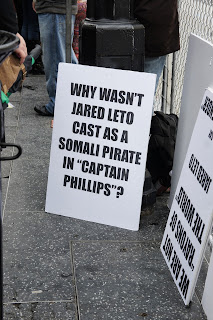 For the Oscars broadcast, I was invited to the viewing party at The W Hollywood, Live & Loud. If you are not invited to the Oscars but want to watch them in glitz and glamour with all the VIP's, this was the place to do it. There were several television screens all around the hotel broadcasting the show. The best thing about watching the Oscars in a venue like this was seeing people really get passionate about the industry their town is built around. When the winners were announced, everyone would cheer and clap as though they were right there. I don't think I could ever watch the Oscars alone again after experiencing something such as this. Matthew McConaughey was the winner who got the biggest reaction when he won, and there were nothing but happy reactions for him. After the show was finished, I was one of the lucky ones who got to attend one of the hottest after parties in Hollywood, the Salute To The Stars party which took place on the rooftop of The W. This party was incredible. With a host of special guests on the red carpet and all the beautiful people, this was something truly spectacular. Among those who provided the music was Billy Ray Cyrus who was a crowd favourite and many others who had the whole crowd on their feet. Massive thank you to Michelle Czernin von Chudenitz-Morzin, Jessica Kill and the team at PPMG for giving me the opportunity to party along! 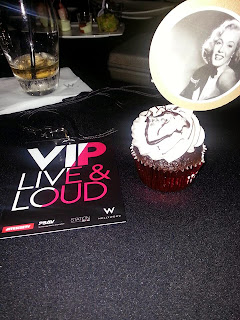 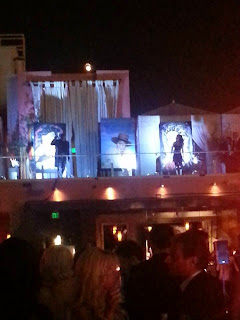 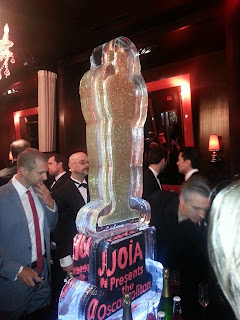 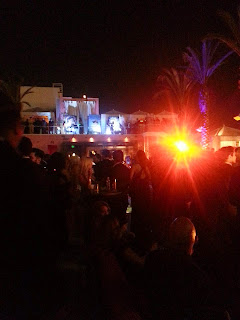 Come Monday it was all over again for another year. Big congratulations to the big winners of the night including "12 Years A Slave", Alfonso Cuaron, Matthew McConaughey, Cate Blanchett, Jared Leto and Lupita Nyong'o. I am also happy to say that Movie Critical predicted all the winners! I am currently still in the United States on holidays with my family and will return to give you all coverage of all the latest films very soon!
Posted by NP1982 at 10:06 AM