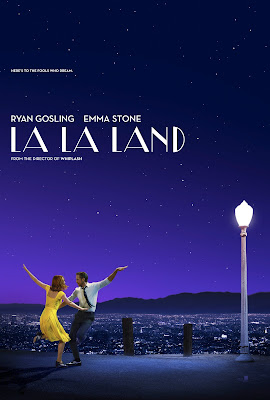 La La Land is now showing everywhere and is distributed  in Australia by Entertainment One.

The exquisite La La Land is a multi-layered, whimsical and truly timeless piece of creative brilliance from Damien Chazelle that is an ode to both old and new Hollywood.

La La Land opens on a busy freeway, a scene which is more than familiar to anyone from Los Angeles. Sitting in this terrible, but expected traffic jam are an aspiring actress who is yet to have her big break, Mia (Emma Stone) and a jazz musician who longs hit the big time and open his own venue, Sebastian (Ryan Gosling). Despite a middle finger salute by Sebastian being their only communication here, fate would have it that these two cross paths a number of times before they fall in love with one another. Their romance is idyllic and uncomplicated, until their dreams start to get in the way of each others.

Timeless is the best way to describe La La Land in one word. Usually when people use the word "timeless" to describe a film, it means that they believe it will stand the test of time and still remain relevant after years go by. La La Land is this, but it is also timeless because it is a story that could be told at any time during Hollywood's history. Not only that, but it contains so many elements from the past and present that you are never quite sure when the film is set. Instead of this being confusing, it is divine.

Chazelle's film is a love letter to Los Angeles (particularly Hollywood) in it's past and present and is a kaleidoscope of nostalgic and modern images and music. At any one time, you can be watching a scene that seems to be taking place in the present, but is surrounded by pieces of 1950's nostalgia and featuring a song such as "Someone in the Crowd" that would not have been out of place in a MGM musical of yesteryear (including such films as Singin' in the Rain, An American in Paris and Swing Time). La La Land does draw great inspiration from these past musicals in the composition, dance routines and cinematography in numbers such as  "A Lovely Night" and the unforgettable Griffith Observatory scene. 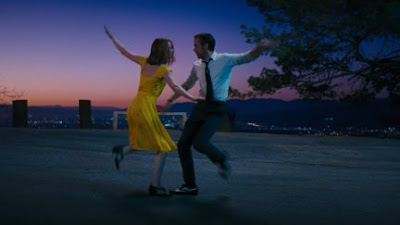 La La Land is deceptively complex and it is so in the most beautiful of ways. There are so many layers to the film and so many things to be taken away from it. Some themes will ring true with some viewers more than others, but it is without a doubt that those who have worked or live in the entertainment business will take a great deal away from the film.

The most obvious theme is that of following your dreams. Emma Stone's Mia and Ryan Gosling's Sebastian are our dreamers and they are relatable to anyone who has ever chased after a dream that seems so huge that it is out of their reach. Mia's speech in small town Nevada is particularly moving as she verbalises what anybody who has been rejected and thought of giving up has felt. Emma Stone and Ryan Gosling are both at their most lovely and charming in La La Land. Their chemistry is perfect as they work off each other incredibly well and they too create characters that are a perfect balance between the modern and the old Hollywood starlet and leading man.

The film also has the underlying theme of preserving history, something which is often neglected in Hollywood and it's surrounding areas. Sebastian speaks of jazz as an art form dying and the Rialto Theatre in the film (and real life) is a beautiful old theatre that is closed down. Both of these are signs of how people can often forget about preserving something from another time and ultimately they become lost. However, Chazelle's movie as a whole really is a homage to old Hollywood with the many references that appear throughout the film.  Again, La La Land is reminiscent of golden age of Hollywood films by way of it's musical numbers, but also with it's use of captions and in it's whimsical, romantic nature. In this way, Chazelle is actually doing his part to preserve Hollywood history by paying tribute to it with his film.

It also must be said that Los Angeles looks at it's best in La La Land. Despite having a reputation of a sun drenched Californian city of glitz and glamour, LA struggles to uphold this image in real life as certain areas can look run-down and unpolished. However, it is at it's most beautiful in the film showing many famous landmarks in amazing light and colour. The image of the Los Angeles of La La Land is aligned with the dreamlike atmosphere of the film and almost symbolises the pull the city has for dreamers to flock to this land where magic happens. There are also plenty of in-jokes for those who have lived in Los Angeles.

La La Land is pure, old-fashioned cinematic escapism. It maintains an incredible equilibrium between what is nostalgic and modern and the result is absolutely exquisite.