"Men of Science Fiction Vol. 1" by Dennys Ilic to be released April 22 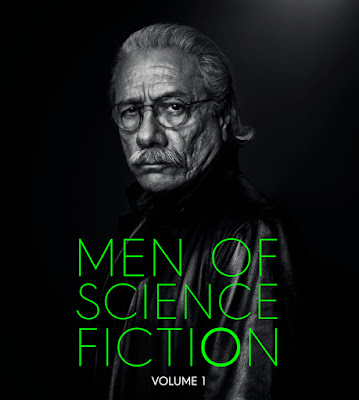 The first volume in the "Men and Women of Science Fiction" series , which will have a red carpet launch in Hollywood this weekend, features 123 beautiful photos of some of the most famous and prolific stars of the science fiction genre today, including Edward James Olmos who graces the front cover.

Originally from Geelong in Victoria, Australia, Dennys Ilic says his new book series is a tribute to the genre he grew up admiring and being influenced by.

"Many of these role models have become dear friends and continue to inspire my pursuit and passion as a photographer. In "Men of Science Fiction", I wanted to create something beautiful that could touch the fans in a similar way" explains Ilic. "Something to be enjoyed by both aficionados of the science fiction as well as photography.”

"Men of Science Fiction Vol. 1" is now available for pre-order here and is $59 +shipping.