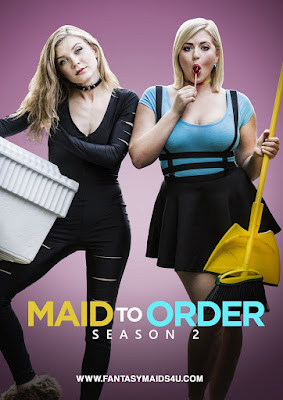 Ahead of the second season premiere on July 27, we speak to the star of quirky new web series "Maid to Order". The series, which is based on actress Katie Carpenter’s life as a burgeoning actress, tells of two clueless roommates that start a fantasy maids service, battling urban Atlanta and their own denial of reality. Carpenter and Kendra Carelli star.

Season Two continues the story of two clueless roommates who start a fantasy maid service only to discover fantasy is just as hard to manage as reality. This time around, Margot (Carpenter) must maneuver urban Atlanta on her own as June (Carelli) faces her own obstacles in Los Angeles.

We sat down to chat to creator and star, Katie Carpenter!

How long of a journey has this been for you? The idea started with you, I believe?
The idea started about two years ago. I just moved from North Carolina to Atlanta. I was a small town girl in a big city… with access to the Internet. I cruised for gigs on Craigslist and met some strangers. I saw ads for Fantasy Maids, and the pay seemed awesome- but I couldn’t do it. The idea for a character who was so desperate to succeed came to the surface, and the name of “Maid to Order” came not long after. I had no idea it was an 80’s movie until we’d already decided on it!

It’s all based on true experiences?
I would say it’s a fantastic experience inspired by truth. You know, like a Fargo-esque version of life in Atlanta when you’re trying to make it.

Were you the outsider that came to Hollywood chasing stardom?
I’d actually never been to LA until this year (at least as an adult). Growing up in a small town in North Carolina, I was very intimidated by LA and I never thought it would be possible for me to live there. Then when the film tax incentives got cut in NC, I had a choice. I decided to make the leap to a smaller and closer pond- but I had no idea how much Atlanta was going to grow when I decided to make it my home. We were the number one place in the WORLD to make movies in last year!
But definitely- still chasing those dreams. The industry is changing though and the Southeast is creating a name for itself as a place with plenty of resources. If the opportunity arose to work on a show in LA, I would be grateful for it but I hope to continue to work and thrive in Atlanta. 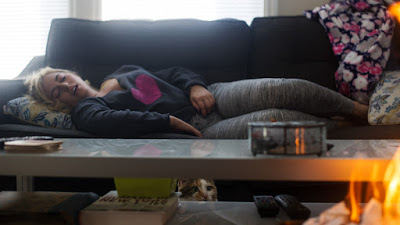 How has the reaction been to the first season?
People have been very supportive. I’ve had strangers come up to me in Atlanta and tell me they’ve watched the show, which is pretty incredible. We’re not super well-known outside of Atlanta (and a little bit in LA), but it is refreshing to hear that we have viewers of all ages.
A lot of people of mentioned particularly how much they love the characters, and the world we put together. I think people respond to the show because they recognize very human qualities, wants, and needs but in larger-than-life, outrageous situations.

Has it opened doors for you?
Yeah! One of my favourite stories to tell is that two casting assistants watched our series and loved it, so they showed it to a casting director. She watched it- then brought me in for an audition. This was the first time I was asked to audition for her. It was for a very fun and quirky character, and I ended up booking the role. I’m not sure that would have happened if I wasn’t on their minds. I encourage other actors- make your own work! Not only could it lead to potential work but it also makes you so much stronger as a performer and gives you an understanding of all the other elements that make a project great; the casting process, camera, lighting, wardrobe, etc.

Can you tell us what we can expect in season two?
Margot and June are living different lives across the country from each other but somehow they still manage to get into trouble. Margot joins a regimented cleaning service but it’s clear she’s not a fan of being bossed around. Two audience favorites reappear from last season and Margot ends up in the middle of a turf war; does she choose to stay in Atlanta and fight or flee to June in LA?!