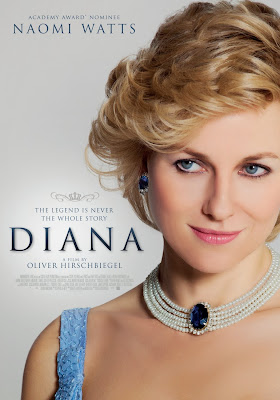 It's still too soon for a film about the late Princess of Wales. Or is it?

In all honesty, it probably isn't too soon. However, it may be too soon to look at her in the way which Diana does. Oliver Hirschbiegel's film is more an angst driven romance than the inspiring and heart-warming biopic many were hoping it would be. Even though it has been 16 years since that fateful night in Paris, Diana is still fresh in the people's mind and as much as the film believes it is doing her memory justice, it is not remembering Diana the way her admirers want her to be remembered.

Diana opens with a recreation of the now famous last CV footage of Diana, Princess of Wales (Naomi Watts) as she enters an elevator in her hotel in Paris. Two years prior to this trip to Paris, Diana embarked on a secret love affair with heart surgeon, Hasnat Khan (Naveen Andrews). While their relationship flourishes, Diana finds in herself the overwhelming desire to help those less fortunate than herself and becomes stronger, more confident and the Queen of people's hearts. 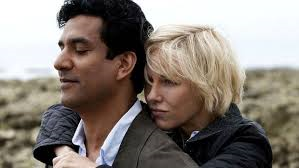 Diana certainly seems to be one of those screenplays that just seemed like a much better idea on paper than on screen. You can tell what the film sets out to achieve, which is to show the world a different side of Diana than they are used to seeing. Yet, if they wanted to see another side of Diana, it was not this side. Many have described Diana as resembling a Mills and Boon novel and this is unfortunately quite correct. It is a feeble attempt at a romance film as it is not suspenseful by any means and very slow and dull. Instead of being intriguing seeing Diana in a romance such as this, it is just awkward. It is almost a strain on your senses to watch someone as highly regarded as what Diana was (and still is) in some of these situations. It is true that there are the scenes where we see the Diana we love and remember such as comforting the children in the hospital and the mother at her son's grave, but even these scenes aren't particularly inspirational. However, seeing Diana out in the street in the middle of the night calling out Hasnat's name and running crying out of his apartment on more than one occasion just doesn't seem flattering for her character. In the film's defence, many Diana biographies have expressed how Diana could often be needy and was so eager to be loved, but Diana takes it to the point where she is just depicted as being a lovesick little girl, who then tries to do some pretty silly things as revenge. However, the film does know how to show how loved she was by the people and the film itself loves her very much.

Even as a love story and putting the fact that this is Princess Diana aside, it would be mediocre at very best. There really feels like there is no spark between Diana and Hasnat. The beginning of their relationship seems ridiculously rushed and there is no chemistry between them at all so it doesn't even seem realistic. The dreamy music accompanying much of the film doesn't aid the lack of romantic feeling either.

Royalists will also be disappointed. As the film deals with the last two years of Diana's life and well after the break up between her and Charles, there is barely any mention of the royal family and only a handful of lines muttered about her children, William and Harry. This is perhaps a good idea as it doesn't paint the royal family in a terrible light and avoids getting the film makers in trouble. 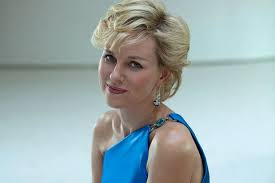 At the beginning of the film, you are absolutely convinced that Naomi Watts was the perfect choice as Princess Diana. She does particularly well when recreating the infamous interview with Martin Bashir. In this scene she is almost a replica of the princess. However, it is the scenes which Watts would have had footage to imitate that she is the most like her. The very sad news is that there are a great deal of scenes in the film where you forget that you are supposed to be watching Diana and all you feel like you are doing is watching Naomi Watts. When playing a historical figure such as this, the important thing to do is fool the audience into believing that they really are watching this person on screen. Watts does do this at times during the film and when she does, she is perfect. Yet, for the most part she is not quite believable.

It is interesting to ponder whether this film would have been at least a bit more successful had it been another ten or so years before it was made. There would have to have been a few adjustments to the film making techniques, but maybe people might have been a bit more open to seeing Diana in the way she is portrayed in this film. Maybe.