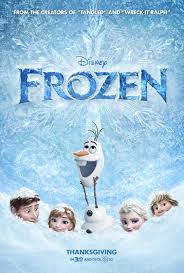 Frozen will be opening in Australian cinemas on Boxing Day and is distributed by Walt Disney Studios. Now showing in the USA and UK.

Disney have done it again. If there is one thing they know how to do, it is make a good Disney princess movie. And the best thing about their princess movies? They aren't just for girls, boys and men aren't afraid to say that they like them. There is absolutely some talent in being able to do that.

Frozen is sure to become one of the Disney classics. It contains the same spirit of the classic Disney films, but surprises you with modern ideas and relatable underlying themes. The screenplay, based on the Hans Christian Andersen story, The Snow Queen, is very clever and the characters are all colourful, memorable and a lot of fun. On a whole, Frozen is unforgettable and it's catchy tunes will be having you humming them for days after.

Sister princesses, Elsa (voiced by Idina Menzel) and Anna (Kristen Bell) used to be so close as children, but when Elsa's strange gift that makes her turn everything to ice hurts her little sister, the two are kept apart for fear of Elsa hurting Anna again. When Elsa ascends to the throne when she is of age, she tries her hardest to keep her gift hidden from everyone. However, when she finds out that Anna had just got engaged to Hans (Santino Fontana), she is unable to control her powers and runs to the mountains to live by herself in her ice palace. Anna fearlessly takes off after her sister and along the way meets Kristoff (Jonathan Graff), his loyal pet reindeer, Sven and Olaf (Josh Gad), a hilarious snowman who Elsa built that has come to life. While everybody in Erindale is pointing their fingers at Elsa, nobody guesses that they have more to worry about closer to home. 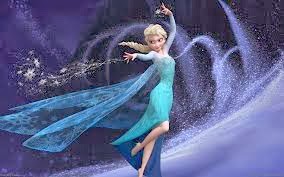 Frozen is for Disney lovers young and old. It has the true feeling of a Disney princess film with pretty visuals of young princesses, ridiculously catchy songs and the similar plot points which are recurring in such a film but surprisingly, this one does feel a little more modern in a subtle way. With being a princess in a Disney film, there is always the presence of some sort of tragedy which bestows the princess (or princesses in this case) and there is always the presence of the young man who wishes to rescue her and true love concurs all. When Anna and Hans start singing "Love Is An Open Door", you almost feel like groaning as you think "Oh here we go again, another story about love at first sight".

Then something crazy happens. The characters start ridiculing Anna about falling in love and wanting to marry someone she just met. In past Disney films, the idea of falling in love with "The One" as soon as you meet them and often singing a song about it is common practise. Yet Frozen is far more modern in it's delivery. It ridicules the idea of love at first sight and carries the message that you really must know someone before you decide to spend the rest of your life with them. It's not the fantasy princess ideal that we have seen in the past, but it is refreshing to see a realistic take on love in a Disney animation. While there is never any lack of romantic love talk, there is also a great deal to be spoken of sisterly love. The idea that no matter how your siblings act towards you, they would always have your best interest at heart and will put themselves between you and danger.

The animation is really beautiful in Frozen, particularly in the scenes where there is snow and Elsa's ice palace. The colours employed are really exquisite and seeing this film in 3D really enhances your cinematic experience. As Frozen is a Disney musical, it is no surprise that it excels also in the musical department. The lead song from the film, "Let It Go" which is sung by Idina Menzel in the film and also by Demi Lovato in the closing credits is an instant classic. It contains a wonderful message and is one of those songs that can be used in a different context which many people can relate to when not accompanying the film. With awards season starting to kick in, this song will for sure be featuring in the Best Original Song nominees. 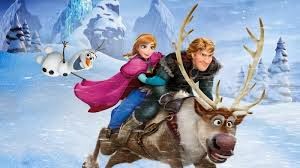 And of course, the characters and the actors who supply their voices really make Frozen come to life. Anna is a wonderful heroine. The greatest thing about her is that she is a very strong young woman and not the damsel in distress, but she is a goofball. She has some hilarious dialogue and is a really fun character. Kristen Bell had a big role in the creation of her Anna and it once again demonstrates Bell's great comedic timing. Bell also shocks everyone in the best way possible with her incredible singing voice. One person who there was never any doubt whether she would be able to hit the big notes for Elsa's songs was Idina Menzel. Her rendition of "Let It Go" in the film is so powerful and makes it into a huge musical number.

Jonathan Graff gives voice to Kristoff, who is a character which really grows on you. The presence of his "family" of trolls feels a bit out of place and although they are there for a purpose, they don't grab your memory as much as other characters. One incredibly memorable character is that of the snowman, Olaf. He is an absolute ball of laughs. He can come across as a bit of a children's character at times and some people may find him a bit annoying, but it is his simplicity that makes him endearing and his simple humour that makes him memorable. Josh Gad does a great job of giving him a voice.