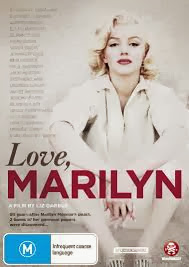 Now available on DVD through Madman Entertainment. Available to buy from Amazon

Even today, 51 years after her untimely death, Marilyn Monroe remains one of the most popular movie stars in the world. Her name conjures up images of old Hollywood glamour and a brand of sexuality that she brought not only to the screen, but to the forefront of society. Many girls and women still name her as one of their idols as they look up to her for her beauty and talent. We all know who Marilyn Monroe was, but who was Norma Jeane Baker?

Recently two boxes of personal letters and writings of Marilyn Monroe's were discovered in storage which have been able to give us a look deep into the mind of the classic actress. Love, Marilyn is an in depth documentary on the life and inner torment that plagued Marilyn/Norma Jeane. Director and writer, Liz Garbus has employed an unique approach to exploring in great depth who this woman really was, as several well known actors recite Marilyn's own words and the words of other notable Marilyn Monroe biographers and those who knew the woman herself. Accompanied by incredible archive footage of Marilyn before and during her career, as well as interview with people who had come into contact with her including her Gentlemen Prefer Blondes co-star Jane Russell and ex-husband playwright Arthur Miller. 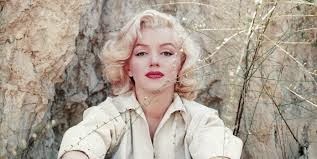 Love, Marilyn is incredibly touching, especially to those who are fans of her or who have studied her career and her persona. With the discovery of her personal writings and the way which they are incorporated into the film, it is as though we can really hear Marilyn talking to us. Marilyn was an extremely complex and interesting person and her words are haunting. It is really devastating how when her words are being spoken, we are seeing the actual documents which the words are being spoken from on the screen. Although when spoken by these actresses, you do forget for a moment that they are Marilyn's words because you are not hearing the husky voice which Marilyn was so popular for, but when you actually seen her handwriting you are instantly reminded of this fact. The film is incredibly sympathetic towards her and does the best job of any documentary previously released of getting to the core of who the woman underneath the Marilyn Monroe persona was.

The film is really like watching a biography play out on screen. This is of course what a documentary is, but Liz Garbus's film is like the perfect Marilyn Monroe book. There is insight from the ones who knew her and also from historians who have studied her life in great detail. Yet it is better than a biography as you are able to really see the visuals of her writings, film clips and amazing archive footage of Marilyn's early modelling days and interviews. Love, Marilyn doesn't flow from the beginning to end in chronological order, but visits her troubled childhood when discussing how Lee Strasberg started to work with her. This does work because it is able to continue the audiences empathy with Marilyn throughout the film at appropriate intervals.

Although as off putting it can be to see and hear other actors speak as Marilyn and not have any of the same mannerisms, the actors who are speaking as her do a good job, particularly Marisa Tomei, Jennifer Ehle and Uma Thurman. The male actors also do wonderful jobs. The stand outs for the men are Jeremy Piven speaking as Elia Kazan, Ben Foster as biographer Norman Mailer and Oliver Platt as Billy Wilder. 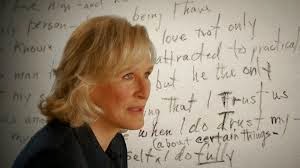 Personally, Love, Marilyn brought up a lot of feelings about Marilyn Monroe which I have felt over the years. After seeing several of her films, I decided to read Barbara Leaming's biography "Marilyn Monroe" to find out more about this character. What hit me upon finishing this book was how incredible it was that Marilyn really had  no ego and was plagued by depression and self esteem issues her whole life. I understand why she did have so many psychological problems as having a loveless childhood will do that to anybody, and none of that was ever her fault. Her self underneath the persona of Marilyn Monroe was shaped by the tragedies in her life which always coincided with feelings of abandonment, lack of love and that constant feeling of not being good enough. Marilyn Monroe was always a persona, she was never really that person underneath all the make up and beautiful clothes. She was little Norma Jeane who just wanted to be loved, taken care of and wanted desperately for someone to take her seriously.

Marilyn once said "Men go to bed with Marilyn Monroe and wake up with Norma Jeane". This quote always makes me feel numb. This poor woman wanted so desperately to be loved, but not for the character that made her a star. However, as her third husband, Arthur Miller found, she was often emotionally unstable as a result of this feeling of being unloved. She never felt that she was good enough or that she was ever taken seriously. 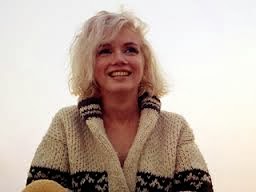 This floors me. Again I can understand why she felt this way as she was never really acknowledged for her acting, although towards the end of her career she absolutely showed what she was capable of in films like Bus Stop, The Prince and The Showgirl, Some Like It Hot and The Misfits. How could this be? This movie star who will always be remembered and who is still one of the icons of Hollywood, was afraid that people saw her as a joke and would never remember her? It's a devastating thought. Marilyn will be remembered forever. I wonder if things would have been different for her if she somehow knew that half a century later she would still be talked about her image seen by millions, even if they haven't seen her films. It's a tragedy how short her life was cut. As it is said in Love, Marilyn, the days before her death were filled with positives and I would love to think that this was just the start of amazing things for her.

Marilyn Monroe is such a tragic figure. To many she is a icon of beauty and glamour, to me she represents sadness and tragedy that plagues many of us. I love learning about her and she is an extraordinary character to study, but I feel an overwhelming sense of sympathy for her and I am so sorry she didn't know or live to find out how wonderful she really was. Love, Marilyn brought up these feelings again for me, and there is no doubt that it will have the same effect on others.