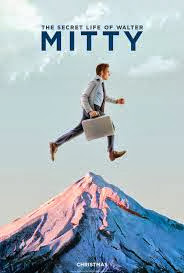 Sometimes what we all need is a piece of cinema that allows us to be taken on an uplifting journey away from our everyday life. The Secret Life of Walter Mitty is absolutely that.

The Secret Life of Walter Mitty celebrates the idea of film as an escape. The lead character of Walter Mitty is not the only one who goes on a journey, as he takes everyone in the audience away with him. It reinforces the idea that regular people can do extraordinary things, even if those extraordinary things aren't quite as farfetched as what we see in the film. These incredible things are enhanced by some magnificent cinematography and the direction of Ben Stiller, who has no problem successfully directing himself.

Walter Mitty (Ben Stiller), an introvert who often zones out into his own world much to the confusion of those around him, is a worker at LIFE magazine, where the object of his affection, Cheryl Melhoff (Kristen Wiig) also works and is oblivious to Walter's feelings for her. When LIFE is taken over and there is only to be one more printed issue, everybody's job is threatened. Walter soon realises that the photo that his new arrogant boss, Ted Hendricks (Adam Scott) wants on the last cover has gone missing and the only way of replacing that photo is to find the photographer, Sean O'Connell (Sean Penn). This is the start of the greatest adventure Walter has ever had and is more wonderful than anything he has experienced in his wildest daydreams. 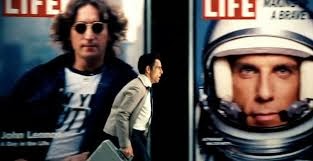 The Secret Life of Walter Mitty truly is a joy to behold on the screen. The message it carries about ordinary people being able to do extraordinary things if they take the chance is inspirational and exactly what many people need to hear when starting the new year. While the message may be relevant, Walter Mitty's adventures are a little too extraordinary and the idea of realism needs to be pushed aside for awhile. It does tend to border on the edge of being a little too farfetched and this leads to a feeling of ridiculousness otherwise. There are moments at the beginning of the film where you really start to get However, it is the fantasy aspect of the film that makes this film feel refreshing and sweetly uplifting.

The cinematography is truly beautiful, particularly in the scenes set while Walter is travelling. The landscape shots of Greenland, Iceland and Afghanistan are breathtaking. The scene in Iceland outside the Papa Johns (of all places) with Walter on the phone is an incredible scene visually. It is the type of incredible scene that makes you feel as though you are really there and feeling the chill in the air, but also the peace and serenity of the location. Also, when in the LIFE offices and having the magazine's motto positioned above Walter with perfect timing is a unique touch to the film, but one which works and rides home the aim of the film to inspire. The musical score and soundtrack is also perfectly fitted to the film and enhances many great moments in the film, such as when Walter is about to get in the helicopter and Kristen Wiig's Cheryl is singing "Major Tom" to him.

Ben Stiller has absolutely no problems directing himself. He has done a wonderful job directing this film as it is nothing like anything he has done before and is a great success. Stiller is wonderful as the lead in this film. It is unlike his usual brand of comedy, but his comedic subtlety in The Secret Life of Walter Mitty is quite beautiful. Kristen Wiig does well as Cheryl Melhoff and is endearing in the scenes in which she is in with Stiller. Shirley MacLaine is also very good as Walter's mother, Edna and Kathryn Hahn is good fun as his sister, Odessa. Although he is the bad guy, Adam Scott is also great fun. He is so arrogant and such a horrible new boss that he is actually quite entertaining. Sean Penn doesn't have much to work with in the scenes which he is in, but he is a strong presence whenever on screen, which is exactly what his character is supposed to be. Patton Oswalt also has a very small part, but is great fun whenever his voice is heard and whenever he is seen on screen.

The Secret Life of Walter Mitty is a beautiful piece of work and reinforces that wonderful idea that cinema is an escape, because that it certainly is in this film.