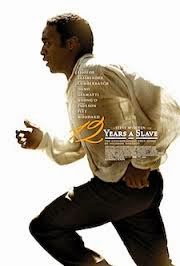 12 Years A Slave will be released in Australian cinemas on the 3oth January 2014 and is distributed by Icon. Now showing in the USA and the UK. Please see local guides for details on times and locations.

!2 Years A Slave is without a doubt the most powerful feature film of the year. It has everything one would associate with a perfect film and potential award winner as it is completely unforgettable and immaculately made. As a result of it's perfect direction by Steve McQueen and incredible performances by all the actors involved as well as a wonderful adapted screenplay, the film is overwhelmingly emotionally powerful and honest in the most brutal way. It is a painful, but wonderful cinematic experience which consists of so many best achievements for the 2013 year in film.

Based on a true story, Solomon Northup (Chiwetel Ejiofor) is a free man from upstate New York who lives a happy life with his wife and two children. When he ventures to Washington DC with who he believes to be two businessmen interested in his talents on the fiddle, he is abducted and sold into the slave trade in the deep south. His first master is the sympathetic Ford (Benedict Cumberbatch) who treats Solomon, who is now known by his slave name of Platt, with respect, but after giving one of his paid workers, Tibeats (Paul Dano) trouble, he is sold to notorious hard man, Edwin Epps (Michael Fassbender). Epps is known for "breaking" his slaves and when questioned by those who advise him otherwise such as Bass (Brad Pitt), he insists that he will do whatever he wants with his property. Soloman exhibits an incredible amount of strength and resilience to make sure her survives long enough to see his family and be free once again. 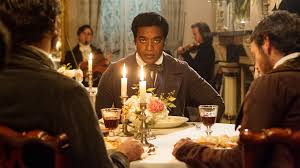 12 Years A Slave is an incredible and heartbreaking tale of one man's fight for freedom in the slave trade. Flowing at a perfect pace where nothing feels rushed and nothing feels left out makes the film consistently captivating and allows for a great deal of attachment to take place between the viewer and the characters on screen. McQueen's film is extraordinarily memorable for it's incredible tale of the fight for freedom and it's welcomed but full-on intensity.

The film itself does not sugar coat the issue of slavery and gives perhaps one of the most brutally honest cinematic looks at slavery in pre-Civil War in the deep south of America. While films such as 1939's Gone With The Wind has given us a slightly distorted or best possible outcome look at slavery in the past where the masters are sympathetic to and treat their help well, 12 Years A Slave looks at the true terrors many had to go through. The film is extremely graphic in certain scenes and this can be very upsetting for some and extremely uncomfortable to watch. A great deal of the ways which the slaves are treated in the film are not censored in any way, shape or form and will upset and dismay many viewers. Yet, you feel true appreciation for Steve McQueen not holding back and wanting to show people this terror to give them a real perspective of what slavery could be like. The film is so powerful in the way that it makes you feel shocked, disgusted and heartbroken, but you are also overcome with how beautiful the film surrounding the hard emotions are.

Although visually confronting at times, 12 Years A Slave is just a pleasure to the eye. There are some absolutely stunning shots of the Louisiana plantations and their surrounds of the cotton fields, bayou and woods. The amazing sunset shot over the top of the trees and the scenes which naturally such as these are accentuated by the amazing musical score. The score itself gives such an impact and as the same haunting music appears throughout the film, it starts to increase emotion more each time each time you hear it.

Chiwetel Ejiofor is magnificent as Solomon Northup. He completely personifies the character and changes as the film goes on as a result of his circumstances. Although you see a man who is being worn down by what he is going through, you also see a man with an incredible amount of spirit and so much fight left in him despite what he is going through. One of the most powerful moments in the film is when the camera is on Ejiofor as he sits and looks around the plantation and at one moment he looks straight down the lens of the camera and it is as though he is really looking at you personally and pleading with you to help him.. It is an amazing moment because looking into his eyes you forget that this is an actor and is really a man of unfortunate circumstances looking for help from anyone who will listen. 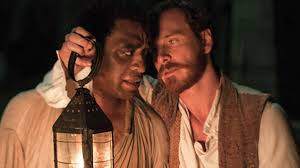 Newcomer Lupita Nyong'o is absolutely incredible in her first film appearance as slave girl and object of Edwin Epps' affections, Patsey. She is another character who has an incredible amount of strength in her. Although she does have a death wish as she believes it is her only way out of that way of life, she is still full of life. It is such a sweet scene where you see her in the field making her own dolls, as you see the young girl who is still there and dreaming of happiness. Her final half an hour in the film is just overpowering and heartbreaking. She is a true star and if Patsey is anything to go by, her future career is going to be legendary.

Michael Fassbender gives a perfect performance of such a complex character. Epps is absolutely brutal and a real monster, but there is something else there. It is almost as though he struggles to maintain his brutality and has moments when he is on the verge of giving into being sympathetic, but pulls himself back into believing that his slaves are his property and that he must do what he can to make his assets work for him. There is no denying that he is evil, but his evil is felt greater in some scenes than others. Fassbender is so interesting to watch and every scene he is in brings both a sense of dread and a sense of intrigue. The scene between him and Ejiofor chasing each other is a great piece of cinema and the two have a great chemistry in the oppressed slave and tough master relationship.

Sarah Paulson, who plays Epps' wife, is also very good. Her character also has many layers which are to be examined when deciding what type of a woman she is. Like her husband, she has her moments when she borders on sympathy, but feels she has to reason to make it seem like she isn't sympathetic. Of course, she isn't sympathetic towards Patsey and here she demonstrates how fiercely loyal she is towards her husband by sticking around even though she threatens to leave. Paulson is quite scary at times and another very charismatic character. Benedict Cumberbatch also does well and Brad Pitt's performance is brief, but very effective.

Steve McQueen's 12 Years A Slave wants to show everyone the extreme hardships and horrors those in the slave trade had to endure, and that being free in the north didn't mean you were always free from danger. Intense and beautiful, 12 Years A Slave will be praised and remembered for years.