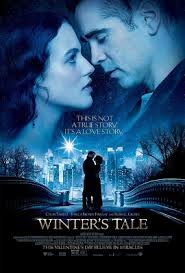 Winter's Tale is now showing in cinemas everywhere and is distributed in Australia by Roadshow Pictures.

Even if you haven't read the novel by Mark Helprin, you can tell that Winter's Tale must at least a half decent book. Obviously a book does need to be somewhat of a success in order for a screenplay to be made out of it, but sometimes the film just doesn't reflect this success. Unfortunately, Winter's Tale is an example of this.

Somewhere in there is a great story to be told, but Winter's Tale doesn't do it any justice. It clearly doesn't work for the screen as well as it should and it is such a shame because it really could have been something so beautiful. There are some saving graces in some stunning visuals and some truly tender moments between some of the characters, particularly Colin Farrell's Peter and Jessica Brown Findlay's Beverly. Yet, the film forgets that it is a romantic fantasy film and focuses too much on explaining the romance and not the fantasy.

Peter Lake (Farrell) is an out of work, down on his luck orphan who has to steal from the houses in New York, where he lives in order to survive. By chance, the mansion which he chooses to steal from is not empty like he believes, but Beverly (Findlay), a sick young woman is at home. The two fall in love, but their life together is cut short when Beverly passes away in Peter's arms. However, there are stronger forces at work and this is not the end for Peter and Beverly and it isn't until many years later that Peter finds out why. 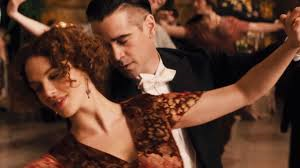 While watching Winter's Tale, you cannot help but feel that there are things you are not being told and if these things were worked into the screenplay, the film would make a whole lot more sense and be a lot more enjoyable. Director and screenwriter, Akiva Goldsman seems to want us to see Winter's Tale primarily as a romance, which it most certainly is, but the film has a large fantasy element which isn't explained clearly. With a fantasy film, details need to be crystal clear so that the audience understands exactly what is going on as nothing they are watching is assumed knowledge (unless you have read the book, which cannot be relied on). For most of the film, there is a confusion as to what is really going on in the film, which would normally be good in a thriller or mystery, but not in a fantasy/romance film. Goldsman chooses to focus more on the relationship between Peter and Beverly and the only explanation really offered about these amazing things taking place are that miracles happen. For most of the things that happen during the film this isn't really a comforting conclusion to feel, although it seems to be fine for the characters to accept.

Yet you can tell that Goldsman really wanted this to be an amazing film. No director wants their film to be anything but amazing, but Winter's Tale truly believes that it is more important than what it actually is. The dialogue is very pretty to the ears and does absolutely help add to the romanticism of the film. You do feel a sense of purity and sweet sincerity when it comes to the relationship between Peter and Beverly. However, there is still a complete lack of emotion overall, which is disastrous as there are so many scenes which could have called for tears. Some of the visuals are also completely stunning. In particular the contrast in the scenes in the snow with the black star filled sky is very effective and these shots are probably the most magical thing about the film. However, some of the special effects are not particularly life like and the editing in some of the scenes with Peter and Beverly is really quite mediocre.

Colin Farrell and Jessica Brown Findlay do not give particularly ground breaking performances, but they do work well together. The two do have great on screen chemistry and seem very natural in their love, even though they are in love after only one brief meeting as Peter feels like he has known Beverly for a thousand years (again not explained how). Farrell does do well in the emotional scenes he is given, particularly in the library scene with Jennifer Connelly's Virginia. 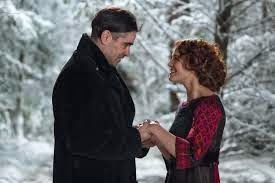 Russell Crowe is fine as Peter's arch nemesis, Pearly Soames. Again, this is a character that isn't given too much background and would be a lot more interesting if he was. Crowe himself is interesting in this film and his adapted accent is quite intriguing to listen to. Will Smith plays the Judge and is extremely miscast in this role. He really can't be taken seriously in the role and the lines he delivers when he is trying to be scary are unfortunately laughable.

Winter's Tale delivers as a romance, but forgets about everything else around it. A film with all the unmet potential in the world.