Rising Star Bo Roberts- A Spartan with a Message 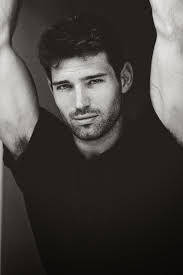 With the success of 300: Rise of an Empire since it's release early March, the Spartan warriors made famous in the first film came back into the spotlight in a big way. 300 and it's recent sequel were extremely popular due to the incredible CGI employed to create a realistic impression of the ancient world and the historic battle scenes. The Spartans in the films have almost became a cult figure not only because of their physique, but because they symbolise true warriors who were willing to put everything on the line for their home and what they believed in.
There is one particular Spartan who's life has changed since his appearance in 300: Rise of an Empire and understands that being in the public eye comes with great responsibility, and he is embracing this. 300: Rise of an Empire may be the first studio feature film appearance for Bo Roberts, but definitely not his last as this model turned actor's star is rapidly on the rise. Roberts is set to work in Anthony Petito's film, Strain and wants to actively be a strong role model to his fans and those who support him. 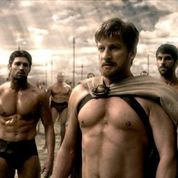 Born and raised in Indiana in a family of truck drivers, Roberts is a self confessed country boy. Upon finishing school, he studied psychology and decided to look towards a career in law enforcement. At 18 and 19 he also worked as a sports coach, in particular training young people in baseball and wrestling. While in this role, he acted as a mentor to the boys he was training. As well as giving them athletic training and advice, he would also try and give them good life advice such as what to steer clear of or how to get dates. However, after moving to Florida, a photographer suggested to Roberts that he should start modelling, a career move which proved to be a wise one. His modelling has taken him to New York and also Europe before settling in Los Angeles.

Before arriving in Los Angeles, Roberts was taking acting classes and had long been interested in making the move into acting. What interests Roberts most about acting is the psychological side of it. With his background in psychology, he enjoys reading and breaking down a script, and then digging deep within his psyche and using that psyche education on himself. He says that he had always dreamt of seeing himself in movies, but had conflicting thoughts of how he was just a typical boy from the mid west and that couldn't happen. His appearance as a Spartan in 300: Rise of an Empire has now solidly changed that. Since the premiere of the film and the following days have seen him on the red carpet on more than one occasion. When asked if people have treated him differently now that he is in the public eye, he replied "My friends think it is great that Bo is in 300, but just want to know if we are still playing pool on Friday."

There has been some controversy surrounding the latest 300, as some people believe that the male body image promoted by the Spartan men in the film is unrealistic and unhealthy. When asked what Roberts thinks about these allegations, he claims that they don't bother him, but it is something he disagrees with. Roberts lives an extremely healthy lifestyle and knows how much work he put in to get himself to the point which he is at. While in high school he admits to not being in the shape he is now and it took years of training and nutrition to change this. Roberts' health regime consists of eating foods with plenty of carbohydrates first thing in the morning, and then pealing off these carbohydrates by night, when he has more protein such as tuna and salad. The message which he would rather 300 convey in regards to male body image is that if you want to make it happen, you can. 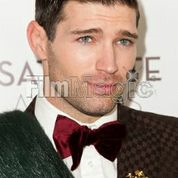 "People may think that it is too hard, but if you do things the right way and stay focused, things happen" says Roberts. "It is obtainable. You are looking at 50 guys on screen who have that body. It takes a lot of work. Would you rather have a Big Mac or a good chicken salad?"

Although Roberts was very excited about seeing himself on the big screen for the first time in 300, he does admit that he did feel a little disappointed as he would have loved to have done more in the film. He had been cast as Nash/The Rider in Anthony Petito's sci-fi/action film, Strain, which is based on the short film of the same name. After working in both an action and a sci-fi film, he says that he wants to work in every type of film possible, but would love to play a menacing, bad guy with great depth.

We thank Bo Roberts for his time in speaking to us and please see below for the full interview as recorded  via Skype.


(Please note that at the time of the interview, Roberts was to work on L. Gustavo Cooper's film, June, but had to change due to scheduling conflicts)
Posted by NP1982 at 7:43 PM