Birdman or (The Unexpected Virtue of Ignorance) (2014) film review 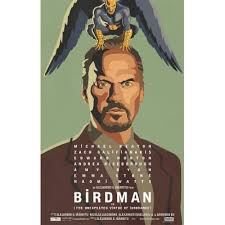 Birdman or (The Unexpected Virtue of Ignorance) will open in Australian cinemas on January 15 and is distributed by 20th Century Fox. Now showing in the United States and United Kingdom.

Michael Keaton playing an ex-superhero actor in Alejandro Gonzalez Inarritu's Birdman or (The Unexpected Virtue of Ignorance) sounds like it could well be autobiographical. However, that it isn't and that's a beautiful thing. Birdman is a remarkable cinematic experience that showcases exquisite cinematography and editing, wonderful performances and a highly entertaining screenplay, which all show beyond doubt the filmmaking brilliance of director and co-writer Inarritu. Though the film is mostly bleak in it's outlook of life and love, it does have it's underlying uplifting themes hidden in it's black humour and slight surrealism.

Riggan Thomas (Michael Keaton), the film actor who's most memorable role is that of superhero Birdman, is trying to make his acting comeback on the stage by directing and starring in an adaptation of 'What We Talk About When We Talk About Love". He puts everything on the line for this play including his finances and reputation, but also his relationship with his daughter, Sam (Emma Stone) who is fresh out of rehab and acting as his PA. Riggon can't seem to catch a break on his stage with the actions of his erratic actors (especially the unpredictable latecomer Mike (Edward Norton)) and mishaps stopping the company from having a perfect run through before opening night and making Riggan believe that maybe he really is just Birdman.

Birdman is absolutely superb film making. The screenplay is incredibly detailed and unpredictable with colourful dialogue that is witty, hilarious and entertaining. Riggan's story treads the line between realism and surrealism which could make it hard for some to figure out, but is an unique method of ensuring the films unpredictability. Inarritu ensures that the characters of Broadway and their situations are realistic to those of the world theatre world, but has fun in letting anything go with Riggan and his Birdman alter ego. The relationship between Riggan and Birdman is a particularly interesting one. Like many actors who are typecast as a result of an iconic role they have played, Riggan is trying to be rid of the Birdman persona he is known by and the voice of the character who has become a part of him in his head. However, it would seem that Riggan cannot be separated from Birdman so the two are actually one in the same. What the film is saying here is that rather than be ashamed of the past, one needs to take the best of what the past gave you and believe that you are special for it and only then will others believe that you are special. Birdman does this in an extremely innovative, memorable and unexpected way. 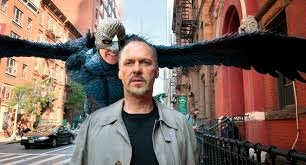 Birdman's brilliance is not at all limited to it's screenplay. Inarritu's piece of cinematic art plays with the technical side of the form and makes the film visually captivating. The impression is given that Birdman is filmed in one shot, but it is the incredible use of sly editing which makes this possible. The camera produces what seems to be one long tracking shot, in which characters are followed by the camera to where the next scene takes place. This was extremely ambitious, but executed so well that it is genius. It feels as though the camera is a living being running after each of the characters and moving from side to side with haste as if listening to and watching characters address each other. The musical score is also unique with the large majority of it being primarily percussion and this fits right in with the Broadway atmosphere. Although the majority of the film is set inside the St James Theatre in New York City, when the characters step outside one can feel the cool city air and the bustle of being on the ground or the feeling of freedom being removed when looking down on Times Square.

With this role, Michael Keaton completely reinvents himself. No one ever doubted Keaton's ability as an actor, but with his portrayal of the desperate Riggan he undoubtedly gives the best performance of his career. It would have been expected for his character to be distraught about not being able to break free of his Birdman persona and although there are hints at this annoyance, this is not what his performance is about. It is about a man who is desperate in every area of his life and who's life keeps intercepting with the role he is playing on stage. Keaton has many shining moments and his Riggan is a character which the viewer truly cares about and connects with.

Emma Stone, like Keaton, gives the best performance of her career. She gives a controlled but evolving performance throughout the film, though she has one truly spectacular scene with Keaton filmed in close up in which her dialogue is brilliantly delivered but her expressions speaks louder than words. Edward Norton is also very good as Mike, an actor who relies greatly on the practise of method acting and struggles to understand who he is away from the stage as a result. Norton captures the notion of being confidant in not knowing who you are perfectly. Naomi Watts, Andrea Riseborough and Zach Galifinakis all also shine in their roles.

Birdman is a cinematic triumph in so many areas. Inarritu has not only brought out the very best in all of his actors, but has also created a fine piece of cinema artwork.