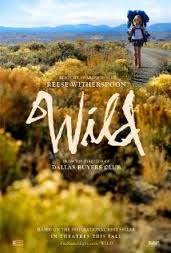 Wild is now showing in cinemas everywhere and is distributed in Australia by 20th Century Fox.

Wild is one woman's soul searching journey through the American wilderness that many people will find themselves caring a great deal about due to it's relatability and the emotional connection one establishes with it's protagonist.  Based on the memoir "Wild: From Lost to Found on The Pacific Crest Trail", the film follows Cheryl Strayed (Reese Witherspoon) as she attempts to trek the 1,100 mile Pacific Crest Trail from California's Mexican border to the Canadian border. After her mother's death, Strayed's life spiralled into a self-destructive existence fuelled by dangerous addictions and a loss of self-worth. Her motivation behind her trek is to walk herself back to the person her mother believed she was and by doing so, forgive and make peace with herself.

Wild is the film that anybody who has ever stepped outside their daily life to truly find themselves will be able to relate to. The idea of walking away from life as you know it to find peace with yourself is a very 21st century mode of therapy. A soul searching journey requires us to leave our lives in one place and take ourselves somewhere where we are not effected by the white noise of past and present troubles to work through ourselves and reach a point of inner peace and clarity. While these journeys are relatable and touching, it is also the travel aspect of this mode of soul searching which audiences find so mesmerising. Film has the ability to take people away from the everyday, much like that of a holiday and while one is entertained and moved by Wild, they are also given the opportunity to travel to a lesser filmed and exquisite section of the United States. 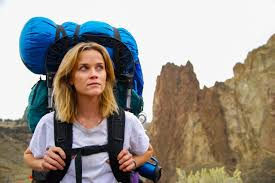 Wild has the perfect balance of Cheryl Strayed's past and present which allows one to feel a true connection to the woman on a personal level and as well as a traveller. Flashbacks are used in order to show where Strayed has come from and to give a greater understanding as to why she does need to make her way on the Pacific Crest Trail to become the person her mother knew her to be and the person she is trying to find her way back to. Wild is a one woman film, as Reese Witherspoon as Cheryl Strayed is in every scene, yet there is never a lull as every part of the screenplay contributes in a meaningful way to her self forgiveness and to the audience's understanding.

The film is an absolute visual delight with beautiful cinematography and editing. The way in which the American wilderness is shot produces a calming effect for the audience which makes Strayed's journey feel all the more relatable as one feels the peace of she is coming to experience. It is a wonderful contrast to the hectic and erratic nature of the flashback scenes.

Reese Witherspoon gives her best performance in years as Cheryl Strayed, a woman who went through such a dramatic transformation in the years leading up to her trek that Witherspoon could be credited with playing several different characters in this one film. While she plays the role of Strayed with an incredible amount of conviction and raw emotion, the evidence of how physically demanding and strenuous the role was cannot be overlooked. Even though Witherspoon does not take on the whole trek the way Strayed did, the dramatizing of the events along the trail would be no walk in the park as they are still physically straining. Laura Dern is also brilliant as Strayed's mother, Bobbi. While in life she is clearly her daughter's shining light and inspiration, she is also that to the audience. Her optimism and peace with a world that has been cruel to her is infectious and she is a most lovable character.

While Wild can be confronting and graphic at particular moments throughout the film, it has an unexpected calming effect on it's audience. It does not attempt to over-glorify it's heroine in her journey which makes both Cheryl Strayed and the film extremely natural and relatable.