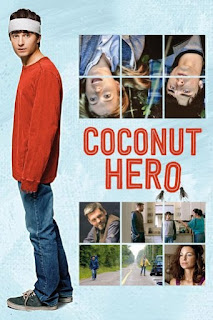 Coconut Hero is a film that is a little like it's teenage protagonist in that it is not quite sure what it wants to be. Walking unsteadily along the tightrope between tragedy and comedy, Coconut Hero addresses an extremely troublesome issue which perhaps isn't handled with the amount of respect that it should be.

Teenager with a highly unfortunate name, Mike Tyson (Alex Ozerov) hates his life so much that he decides he must end it sooner rather than later. When he can't even do that right, he becomes an even greater laughing stock than he was to begin with and his overbearing mother (Krista Bridges) becomes even more intolerable. It turns out that his prayers for death are answered when the doctors find he has a brain tumour that needs surgery and Mike suddenly feels freer than he ever has. It is with this realisation that Mike finally starts to live and with that comes the enjoyment in life that he has been seeking.

While Coconut Hero is undeniably beautifully shot and enjoyable for this reason, it is an uncomfortable watch for the wrong reasons. The film has been called both a drama and comedy because while the film is ultimately about teenage depression and suicide, the screenplay is undeniably written in order for the viewer to laugh out loud during the first half of the film. However, it feels wrong to laugh and feels uncomfortable knowing that the filmmakers want you to do so. It is too strong an issue to make any sort of joke out of even though it does attempt to treat it with respect. Those who have had anyone close to them pass away in the same way that Mike attempts to do will not enjoy the film for this reason. 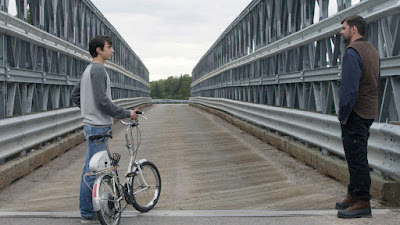 On the other hand, it is simple to figure out what the film is trying to say and that is that life is precious. Mike feels restrained by the torment of being a teenager and as a result fails to find enjoyment in anything. Yet when he is faced with knowing how long he has left to live, he feels free from these chains and starts to take chances by opening himself up to new relationships including one with his long lost father (Sebastian Schipper) and with charismatic Miranda (Bea Santos). The large majority of the population do not have the luxury of knowing how long they have to live so Coconut Hero gives a little encouragement to live and love each day as if it is your last.

The character of Mike Tyson (not the boxer) as portrayed by Alex Ozerov is a beautiful one despite the film's misgivings about his condition. He is incredibly relatable in that one understands exactly how he is feeling and why. Ozerov easily evokes a feeling of great sympathy where one wishes that there was someone there to help him make sense of the world. His performance gains momentum as the film progresses and his character gains every greater depth in doing so.

Coconut Hero does have the sweetest of intentions, but the tough issue it is built on makes it somewhat troublesome. 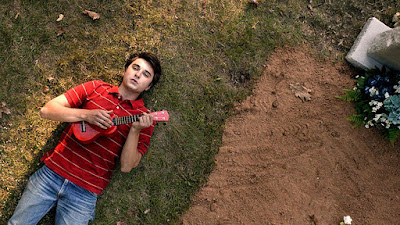