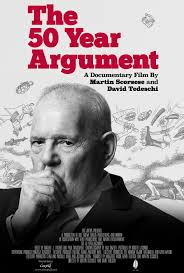 The 50 Year Argument  will be showing at the Antenna Documentary Film Festival at Chauvel Cinema on Saturday 18 October. For more information and for ticket purchases, please see the Official Website

Martin Scorsese and David Tedeschi's documentary about the institution that is The New York Review of Books, The 50 Year Argument is a piece of cinema which every avid reader and writer should see whether or not they are familiar with the periodical. The film is constructed in such a way that it is not just a history of the Review, but a history of the world as the Review saw it. An extremely passionate exploration of the sphere of both journalism and literature which contains wonderful images, but also some which are the most shocking of the last 50 years.

As The New York Review of Books reaches it's 50th birthday, Scorsese and Tedeschi embark on an in depth study of what has made the publication so unique compared to it's competitors and of the journalists and intellectuals who made it so. From it's beginnings in 1963, editor Robert Silvers has been committed to assembling the past and present respected writers who have given the Review not only views on the most popular pieces of writing, but also an unique cultural and political voice in covering some of the most monumental events in the world over that time. In order to make The New York Review of Books superior to other publications, these writers have strived to put to print their brave and sometimes unpopular views and are continuously being encouraged to do this as the world changes.

"Our only truth is narrative truth".

While The 50 Year Argument is primarily an insight into The New York Review of Books' 50 year history, it's story cannot be told without encompassing elements of what was occurring in the world and being reported over that time. The last half century has produced some truly shocking events which have been caught on film as well as in print. These events (including the Vietnam War and the unrest in Cairo) are retold by those journalists for the Review who were on the ground as they happened and offer an unique recollection of events which produced controversial pieces of writing at the time. The film also demonstrates how the written word can bring on change and has the ability to influence such is with the example of "The Feminine Mystique" by Betty Friedan and feminism. The 50 Year Argument seeks to remind viewers that the written word is the only true way of capturing the truth and it has an incredibly powerful ability to influence change and history. 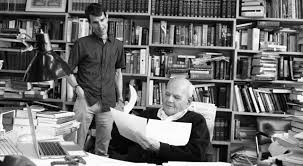 Scorsese and Tedeschi's documentary is quite a stunning piece of work and is assembled with great care and love for the New York institution. It's content as well as the visual appearance of important information and passages from and about the Review often appear throughout the film in written form in the Times New Roman font, which will delight avid writers and readers with it's familiarity. The 50 Year Argument does not shy away from some of the most startling photos and videos, such as the infamous Tibetan monk on fire footage. While many will find several images unsettling and confronting, the fact that they are spread out through the film is a wonderful technique as it allows for tension to be felt continuously throughout the film.

The 50 Year Argument is made with warmth and love for one of the great publications of the United States. The film is nostalgic and classic, but also an extremely smart piece of cinema.