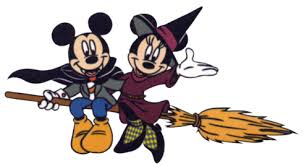 At this time last year we put together a list of the top ten films to watch on Halloween as voted by our fans. There was something that we noticed when looking over the films and thinking about the Halloween holiday. Of the films that were voted in the top ten last year, over half of them were of the horror genre, three were family friendly films and one was a hybrid of horror and comedy. Different people enjoy different things about Halloween and this showed in the results of our Halloween film survey. Many enjoy embracing October 31 and the week of as a time to celebrate with friends and family at parties and trick or treating, while others associate it with the supernatural and all things terrifying.

The meaning of Halloween has changed dramatically over the centuries. According to the History Channel website, it's origins can be traced back to the Celtic holiday of Samhain on November 1 which marked the end of the harvest season and beginning of winter. With the turning of the seasons, it was believed that the world of the dead was disturbed and people would light bonfires to ward off ghosts and when leaving the house, they themselves would wear masks so that the spirits would mistake them for one of their own and leave them be. In the eighth century, October 31 became known as All Hallow's Eve and over the centuries became Halloween, the night associated with Jack o' Lanterns, dressing up, bobbing for apples and candy corn.

Halloween is embraced by people of all walks of life. Along with the more popular Halloween activities, watching movies on October 31 is a tradition held by many households. Films people watch on Halloween are not limited to films set on Halloween or are primarily about the holiday itself, but also include scary films of the horror genre due to the fact that the original concept of Halloween was one of the supernatural and fear. Nowadays, Halloween is appreciated for different reasons and one of the ways which comes to be understood is by looking at the variety of films people recognise as being films to watch on Halloween.

In order to show this variation again this year, we have put together Movie Critical's picks for the top ten films to watch on Halloween. A few of these were included in the top ten as voted by fans, but there are some additions. The trend we found was that there are less of the violent horror films and more atmospheric films which are more suspense rather than straight up horror films.

Abbott and Costello Meet Frankenstein is the ultimate for any classic movie fan on Halloween. Two of the kings of comedy, Bud Abbott and Lou Costello star as freight handlers who are given the shock of their lives when the remains of Dracula (Bela Lugosi) and Frankenstein arrive in the United States from Europe. Things become a great deal more complicated when both Dracula and Frankenstein awaken and then escape together. If things could not get even more complicated, Lawrence Talbot, otherwise known as The Wolfman (Lon Chaney, Jr) arrives to hunt down Dracula. Abbott and Costello Meet Frankenstein is a hilarious film featuring three of the greatest horror film characters in a crazy series of events.

German silent classic, Nosferatu is based on Bram Stoker's novel, "Dracula". When a real estate agent, Hutter and his wife, Ellen encounter Count Orlok (Max Schreck), Hutter feels that there is something strange about him and he soon starts to wonder whether he is the vampire he has been hearing about. As strange deaths follow the Count wherever he goes, he starts to fear for his life and the life of his wife. Nosferatu is what nightmares are made of. The image of the Count and his shadow are scarier than any villain you will see in modern films and as the film approaches a hundred years old, it remains as terrifying as ever.

Based on the book by the Master of Horror himself, Stephen King and directed by the great Stanley Kubrick, The Shining is incredibly creepy and spooky. Writer, Jack Torrance (Jack Nicholson), his wife, Wendy (Shelley Duvall) and son, Danny (Danny Lloyd) move into an abandoned hotel for the winter so Jack can focus on his writing. It isn't long before strange things begin to happen and Jack starts to turn into a violent monster. The Shining is like watching a nightmare with creepy and unsettling images throughout the film which have since become famous. The most memorable being the twin girls in blue and Jack Nicholson's "Here's Johnny!"

The 1995 family film, Casper may not have ever reached the level of classic, but it still remains a fun and sweet supernatural based film that is Halloween appropriate. Dr. James Harvey (Bill Pullman) has been hired by heiress, Carrigan (Cathy Moriarty) to exorcise ghosts from the mansion she has inherited and moves in with his teenage daughter, Kat (Christina Ricci). They meet the troublesome ghosts who have been causing Carrigan grief, but they also meet the friendliest ghost, Casper and he and Kat form a very special bond. Casper is a film that both children and adults can enjoy on Halloween, especially as it embraces the holiday spirit towards the end.

Based on Washington Irvine's "The Legend of Sleepy Hollow", Tim Burton's Sleepy Hollow is an extremely atmospheric horror period piece. It tells the tale of Ichabod Crane (Johnny Depp), who is sent to Sleepy Hollow is investigate the recent gruesome murders and soon comes to realise that all this talk of the headless horseman he thought to be untrue is quite the opposite. The headless horseman is a figure who has long been associated with Halloween and although not actually set on Halloween, you could be forgiven for thinking so with the presence of Jack o' Lanterns on some scary looking scarecrows.


Hailed as one of the greatest horror movies of all time, Alfred Hitchcock's Psycho is the ultimate in suspense. When Marion Crane (Janet Leigh), a Phoenix secretary on the run after taking $40000 from her employer's client, pulls in to a quiet motel for the night, she meets a quiet and seemingly polite young man who is utterly terrified of his mother who lives in the intimidating house behind. Marion finds out before the night is through just how terrifying his mother really is. The infamous shower scene is still one of the most popular horror scenes of all time, but it is the suspenseful and unpredictable nature of Psycho which make it a true classic and a haunting film to watch on Halloween. For the record, after making Psycho, Janet Leigh developed a fear of showers and would only take one if there was no bath and if all the doors were locked.

The Nightmare Before Christmas is a favourite animated film of many people and comes in at number four on our top Halloween films. Nothing like your traditional Halloween film, Tim Burton's film combines the holiday with Christmas, making The Nightmare Before Christmas both a Halloween movie and a Christmas movie. Jack Skellington is the hero of the film and king of Halloween Town. He gets bored of doing the same thing every Halloween and after stumbling on Christmas Town, decides to combine the two holidays. The result is of complete mayhem, but a wonderfully creative, original and memorable film.

It couldn't be a Halloween film list without Halloween. This is the ultimate horror Halloween classic as it encompasses both the night of Halloween and real horror. It's a relatively simple story with an incredible amount of suspense and terror. On Halloween 1963, a young boy by the name of Michael Myers kills his sister in cold blood and is locked away in an institution. It isn't until 15 years later that he escapes and brings terror back to Haddonfield, the scene of his crime. Myers is one scary villain, as he never says a thing and wears an ice hockey mask. The ultimate Halloween slasher film!
2. Dracula (1931)

As many times as Bram Stoker's character can be recreated for the big screen, the 1931 Dracula is perhaps the creepiest and most unsettling. Bela Lugosi is truly terrifying and the perfect Dracula. While some may feel the film is dated and such things as the bat on the string may be laughable, it is the lack of colour and music that only add to the atmosphere of the film and the overall suspense and unease.

As it did last year, Hocus Pocus tops our list once again as the top film to watch on Halloween. Hocus Pocus is a truly wonderful Halloween film with it's holiday atmosphere, great story and flawless characters. When Max (Omri Katz)  and his younger sister, Dani (Thora Birch) move to Salem, they immediately hear the story of the Sanderson sisters who were witches hung hundreds of years ago. Legend has it that if a virgin lights the Black Flame Candle,  the sisters will come back to take the lives of all the children in Salem. Max, of course, doesn't believe this, and lights the candle as a joke. He soon realises that it is more than legend when the Sanderson sisters walk through the door and puts every child, including Dani in danger.

Hocus Pocus is another Halloween film which the whole family can enjoy. The film catches the essence of Halloween the way it is celebrated in a community, while also having a scary (but not too scary) side. Bette Midler plays head sister, Winifred Sanderson and is wonderful. Sarah Jessica Parker and Kathy Najimy played sisters Sarah and Mary and the three of them have amazing on screen chemistry. This is perhaps Sarah Jessica Parker's best role. No disrespect to her Carrie from Sex & The City, but she plays a completely different character in Hocus Pocus and is truly hilarious.

The 19th of October 2013 was the films 20th anniversary and a screening was held at Walt Disney Studios in Burbank, California. Please see here to check out all the action and see photos of some of the stars 20 years on.
Posted by NP1982 at 5:39 PM