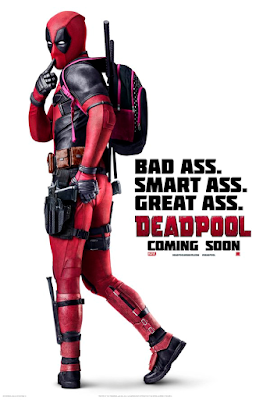 Deadpool  opens in Australian cinemas on February 11 and is distributed by 20th Century Fox. To be released in the United States on February 12.

Deadpool is essentially Marvel making fun of itself and it's legion of superhero films while at the same time telling a conventional superhero story about an unconventional superhero. The result is hilarity at the hands of an individual who is the type you were told by your parents not to laugh at so not to encourage them, but is the amusing and welcomed breath of fresh air into the Marvel realm.

Life seems to be going well for Wade Wilson (Ryan Reynolds). He's turned his life around to be with the love of his life, Vanessa (Morena Baccain), but everything falls to pieces when he is diagnosed with terminal cancer. In his desperation, he accepts an offer to be the subject in a number of tests that he hopes will cure him. Instead, he  becomes part of a horrible illegal scheme left horribly scarred by the sadistic Ajax (Ed Skrein), but he is also cured of his cancer and left with the ability to self heal from any injury. Wade uses his new found powers to re-establish himself as the red suited anti-hero, Deadpool and makes it his quest to track down Ajax, who he believes has the power to cure him from his scarring.

There is no quality that people admire more than the ability to poke fun at and laugh at oneself, and this is what makes Deadpool such a success. However, the film is not an actual spoof as much as it is the story of an unlikely and unconventional hero which just happens to have a great deal of superhero related humour written into the screenplay. This good-natured jab at oneself is evident right from the opening credits when the laughs swiftly begin rolling in and it is undoubtedly the best and most hilarious opening credits one will ever see. From there on in, superhero genre films are mocked in every way, including the stereotypical characters and their recurring characteristics and the predictable cinematography. Ryan Reynolds even makes fun of himself and his past endeavour as the Green Lantern. What is interesting is that the story of Wade Wilson is rather typical of the type of film Deadpool is making fun of, but it is the execution of this story that makes one forget this and focus on the original aspect of the screenplay.

Deadpool attempts to briefly tackle heavy subjects during the film including the desperation a terminal illness places on the individual and family members and the exclusion of those who are physically different (the latter being typical of an X-Men film which Deadpool is like the black sheep cousin to). However, with the brevity of these subjects there is no room for emotion and in a film that is as satirical as this it is probably just as well because any hard emotions would seem out of place. 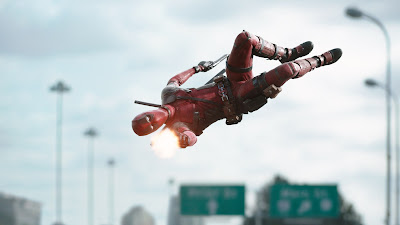 As a result of the lack of emotion, the performances in the film cannot be judged in a regular fashion and if they were all would seem lack lustre and mediocre at best. However, Ryan Reynolds has been given the chance to resurrect the character he played in 2009's X-Men Origins: Wolverine and he takes full advantage of making Wade Wilson/ Deadpool a memorable lead character with his often inappropriate, but exceptionally witty sense of humour. Reynolds' character this time around is not a replica of the one we saw in Wolverine because with X-Men: Days of Future Past in 2014, the Marvel universe was able to be undone (even though there is still a reference or two in Deadpool to the 2009 film). Reynolds has made the character of Deadpool completely his and even though the saying is overused, he is a superhero like no other. He is basically the character you would hate in real life, but have a fantastic time watching on screen with his black humour and clever one-liners, many of which were ad-libbed by Reynolds.

As one may be able to predict from the marketing of the film and the MA15+ Australian rating (R rating in the USA), Deadpool is a particularly grown up Marvel film and is not to be confused with being a family superhero film. There is a high level of profanity and is rather sexually explicit, though not quite as crude as the marketers would have you believe. It is also spectacularly violent with gut-wrenching injuries and much blood and gore as a result of well choreographed samurai sword and gun fights. However, in these moments the film is particularly well shot and edited with impressive production design and CGI, especially in the final scenes. The film's dark sense of humour is reflected in it's quirky, but clever pairing of music and particular violent scenes.

It is such a cliché to say that Deadpool is a superhero film like no other, but that is exactly what it is. Story-wise it may reflect a film we have seen a great many times, but at the same time it knows it and relishes in laughing at itself and letting everyone else do so also.

WARNING: Trailer does involve strong language
Posted by NP1982 at 1:14 AM