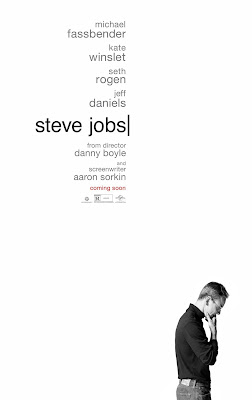 Year: 2015
Running Time: 122 minutes
Director: Danny Boyle
Writer: Walter Isaacson (book), Aaron Sorkin (screenplay)
Cast: Michael Fassbender, Kate Winslet, Seth Rogan, Jeff Daniels, Michael Stuhlberg, Katherine Waterston, Sarah Snook, Makenzie Moss, Ripley Sobo, Perla Haney-Jardine
Steve Jobs was released in Australian cinemas on February 4 and is distributed by Universal Pictures.
Danny Boyle's Steve Jobs breathes new life into the much told life story of the technological pioneer with his eclectic direction of Aaron Sorkin's crisp and creative screenplay setting this film apart from those that have come before it.
There has been much written about the man who is considered by many to have been the genius behind our current age of technology with such achievements to his name as co-founder and CEO of Apple and the development of innovative products including the iMac, iPod and iPhone. With over a dozen films to date which feature Jobs  (including features and documentaries), this 2015 feature film brings with it a point of difference with it's mode of storytelling that makes it anything but a straight-forward biopic.
Steve Jobs is a film sliced into three by what are seen as three of the most important and pivotal nights of Jobs' career. These nights are the launch of the Apple Macintosh (1984), the NeXT computer (1988) and the iMac computer (1998). During each of these moments in time, Jobs (as portrayed by Michael Fassbender) is faced with not only the pressures of ensuring that his presentations achieve the desired outcome for his products, but the pressures imposed on him by the people who have had a great impact on both his professional and personal life.
The mode of storytelling adapted in Steve Jobs is indeed intriguing and this is what sets it apart from other films which aim to document the life of Jobs. Unlike others, this film only focuses on a 14 year period of his life with references to his earlier life to explain his character. As one has come to expect from an Aaron Sorkin screenplay, Steve Jobs is extremely dialogue driven and incredibly witty. From the opening moments of the film, the delivery of the stunning dialogue by Michael Fassbender as Jobs, Kate Winslet as Joanna Hoffman and Michael Stuhlberg as Andy Hertzfeld is enthralling and thoroughly entertaining. 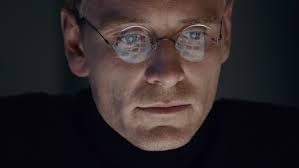 However, the fact that this film is so dialogue driven and not so much action driven may not be enjoyable to some as it will not feel as though much happens and that there is no real suspense or ongoing tension. This is also a result of the film being divided into three segments, as it is not traditional storytelling and therefore there is not one singular climactic moment of conflict and resolution.
Another example of how Danny Boyle's film is not like its predecessors is that it is not a reliable point of reference for the life of Steve Jobs, but it does not seek to be so. Steve Jobs is a film representing the life of Steve Jobs rather than documenting it. In other words, the events and discussions which take place are only based on reality. For example, Jobs and Steve Wozniak were indeed at odds with each other, but they did not have a public confrontation the way it was depicted in the film. In fact, there isn't a great deal in Steve Jobs that occurs the way it did in reality and the majority of scenarios are fictitious. Not only this, but there are many important aspects of Jobs' life omitted from the film. In the name of cinematic art, one can understand why Sorkin chose to pen this story of Steve Jobs the way he did. It is an interesting and entertaining portrait of a complicated and intriguing human being told in a creative way and using exquisite cinematography to enhance it. However, it should not be used as a point of reference for Jobs' life and Jobs aficionados will be unimpressed.
The depiction of Steve Jobs in Boyle's film has come under fire from those who knew him as they believe it is not a favourable representation of the man. However, Michael Fassbender's performance is wonderful. His Steve Jobs is a strong character who is able to control and command every scene in the film. His character is one who is not always likable and not overly glorified, which is always a challenge in biopics and a welcomed change.
Fassbender is supported by a cast who all give fine performances. Kate Winslet plays Jobs' right hand woman, Joanne Hoffman who stands by him throughout his trials and tribulations and she is his voice of reason. Winslet gives an exceptionally strong performance and the chemistry between her and Fassbender is wonderful. Michael Stuhlberg and Jeff Daniels both give solid performances and Katherine Waterston is very good as the mother of Jobs' child.
Steve Jobs defies the rules of the biopic by way of it's unique and commendable method of storytelling. There is great appreciation to be felt for the stunning dialogue written by Aaron Sorkin and the wonderful deliverance of it by the cast.
7.5/10
﻿