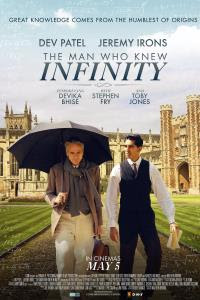 The Man Who Knew Infinity is now showing in Australia and is distributed by Icon.

Despite the story of mathematics genius, Srinivasa Ramanujan Iyengar being interesting in itself, it isn't enough to make The Man Who Knew Infinity any more than a run of the mill biopic which struggles to create any sense of emotion or chemistry between any of the talented, but under-utilised cast.

The Man Who Knew Infinity does not do Ramanujan the justice he and his legacy deserves. His life story and especially the recounting of his time at Cambridge University call for heartfelt emotion and even the opportunity for suspense, which is a quality not common in biopics. Portrayed here by Dev Patel, Ramanujan came from humble beginnings growing up in poverty in Madras, India. A self-taught mathematical genius, he was summoned to Cambridge University to continue working on his and publish his theories with the guidance of professor, G.H. Hardy (Jeremy Irons). With the help of Hardy, he becomes a pioneer against all the odds and exceeds everyone's expectations.

In all honesty, Ramanujan's story was begging to be told on film, but it would seem that director and writer, Matthew Brown relied a little too much on the story to carry the whole film. With the exception of some technical jargon which can become a little too advanced for those who are not so mathematically inclined, the film feels like a typical and straight forward biopic that takes you from point A to B. It really is a terrible shame because with the story of such a genius and one that struggled so much with the cultural differences between India and England during World War I, there is the opportunity for the audience to really feel something rather than to just learn about the man who was Ramanujan. 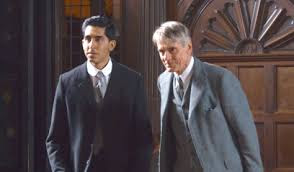 The script addresses several times the racial issues that Ramanujan was subject to during his time at the very white Cambridge University. Here was one of the greatest opportunities for the audience to really feel apathy for the lead character, but even this falls wildly short with racial slurs and disrespect (such as Ramanujan being stricken with a text book by one of his lecturers) feeling more comical and like school ground bickering rather than hurtful and damaging. At times it feels as though Brown was trying to make The Man Who Knew Infinity along the same lines as The Imitation Game with genius representing quirkiness thus having some comical moments. These moments do at times prompt a few giggles, but non which are particularly memorable.

The fault of the film being more than somewhat dry and lifeless is not in the hands of the cast, but in the way in which their parts are written and directed. The cast of The Man Who Knew Infinity is an extremely talented one and their talent has all but gone to waste with this screenplay. Dev Patel is fine as Ramanujan and does have some wonderful moments. Knowing what the mathematician was like, one would swiftly believe that Patel would be perfect for the role. He is actually perfect for the role, but the way in which the role is written doesn't give Patel anywhere near as much to work with as it should and thus does not show exactly what he is capable of. There are so many scenes in the film which call for welcomed depth and emotion, but they are not taken advantage of.

As a result of this lack of emotion written into the screenplay and directed on screen, the chemistry between the majority of the characters is truly lacking. Brown has expressed that he felt as though The Man Who Knew Infinity was a love story between Ramanujan and Hardy, but one does not sense any love. The ending of the film reinforces the idea that you should have felt the love and friendship from these two, but there is no sense of real warmth in their scenes together from the beginning to the end. Newcomer, Devika Bhise is very good as Ramanujan's wife, Janaki, but again the chemistry between her and Patel is not of the overpowering romantic love the film wants us to believe it is. 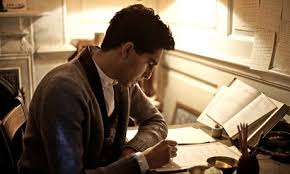 The Man Who Knew Infinity does tend to fall into a trap that so many biopics of well-known cultural figures do and that is it has a air of self-importance in it's film making. This can be an extremely irritating characteristic to have when one knows that the subject matter is important, but the execution of the story is so dull and dry that any sense of awe or bewilderment is lost. The lovely musical score and cinematography by Larry Smith try to give the audience a greater sense of attachment and tension, but it comes across as the film makers trying a little too hard. It is also hard to take seriously hearing Ramanujan and his relatives speaking English to each other in India, when they would quite obviously be speaking Indian.

For those who have always found mathematics a tiresome subject, The Man Who Knew Infinity will do little to influence these people otherwise. While the film does ensure us of the importance of Ramanujan's discoveries and that he is a cultural figure who should be celebrated, the film is in itself rather unmemorable and of no great importance.