#Top10 is a brand new feature to Movie Critical. Each week we will be chatting to a film lover or a member of the film community about their #Top10 favourite films and discussing what makes these films so special to them. We all have different tastes in film and watch movies differently depending on who we are. Our favourite films say a great deal about the person we are and what we value.The object of #Top10 is to share the love of film and hopefully you the reader can find some new favourites.

Our first #Top10 guest is Chris Elena, a filmmaker from Sydney who is still trying his best to shoot on 16mm film. He has written for An Online Universe and Stash Everything and is currently working on his next short film whilst his most recent, The Limited just made its festival debut at Queensland Film Festival in July. He admits that he is obsessed with the topics of gender and sexuality in film, having studied feminism, film and creative writing at the University of Wollongong and the most common threads you'll see in his film taste and in the list below are: Feminism, sexuality, queer and gender representation. 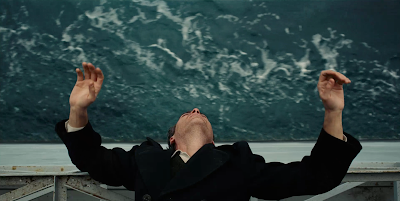 There is this obsession I have with films being sweet, gentle and involving. Besides the obvious reason for it making for a much more shared experience when trying to connect with the story and character, my only real guess to why is that sadness and loneliness is better understood and felt when in contrast with acceptance and adoration. I only ever understand how lonely and hopeless a character is when they're being listened to or welcomed in. The Master made me come to this realisation, it put in place what I love about movies, that feeling to understand a character's loneliness and longing for love. We see a relationship develop that encapsulates this and the notion of one's loneliness ultimately rejecting said love and acceptance. It might just be the sweetest and saddest film I've ever seen. Of course it's my favourite movie of all time. 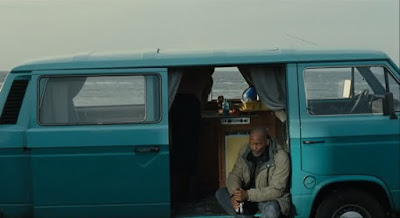 Like almost every film on this list, loneliness is front and centre and how a character/characters accept loneliness whether it's due to the circumstance or by their own hand. Claire Denis' film establishes relationships by their interactions, not by their titles. We know exactly who they are and what they mean to one another without any announcements. I've never seen a film dedicate all its energy and soul to its characters and their existence over audience acknowledgement or satisfaction. I learned exactly how much character representation can be short changed by dictating their words and actions to appease an audience. If there was ever a movie that taught me the importance of character integrity and relationships, it's this one. One of the greatest final shots of all time included. 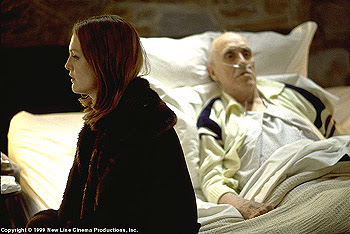 The movie sold me on the notion of: You can do almost whatever you want with plot just as long as your characters are developed, interesting, emotional and multi-dimensional and once you've done that, you should do everything you can to make a film no one's seen before. Essentially, the movie that convinced me that my be all and end all for movies is character. The film's greatest achievement is its approach of wearing its heart on its sleeve and the running joke of, you can have almost anything happen in your film no matter how chaotic, outlandish or downright insane the scene or idea on screen is - its no match for characters in distress who are breaking apart before your very eyes. One of the warmest films I've seen. Incredibly heartbreaking, sweet and original. 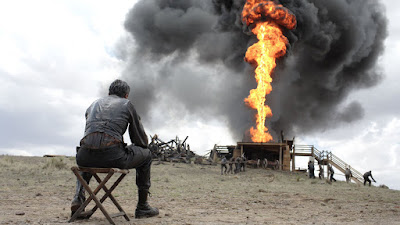 Greed, America, Fatherhood, Men, Capitalism - sure, it's about all of those things, but the way in which it's conducted like all of his films is through character. Plot, like in The Master, we're given a protagonist who will push people away for power and do just about anything to rise above the status quo. But for a film that involves masculinity heavily and includes almost no female characters, it's one of the very first films I've seen of its kind that doesn't indulge the masculine complex, but portrays this man as a strange creature unlike any other by how he interacts with people and finds any flaw he can in a loving relationship, including the one with his son. It's to me a movie involving men about the process of separating yourself from empathy and love, even without knowing it. The true, ultimate dissection of masculinity and the idea of men refusing to be emotional without the blatant use of sexism and homophobia laden dialogue because every other movie about men will have that on display already.

5. The Assassination of Jesse James by The Coward Robert Ford (2007)

See the description to all four films above...they apply here. Yet here, it's in the silence. The western genre always felt like an exploration of sadness and emptiness, no matter how exciting the shootouts within that exploration may appear. This is the movie that relishes in that feeling. It's a movie about dying alone and the world not caring otherwise. The last twenty minutes are everything. 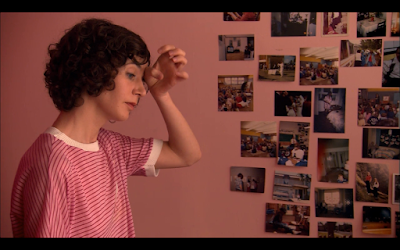 A film that explores how and why people meet one another and how social normalities are built on cynicism, judgement, a fear of being kind and honest that's ingrained in all of us that ultimately prevent relationships from forming. The film looks why we are the way we are and why we judge and exactly where that comes from. (including sexuality, art, kindness etc). A movie that condemns unjustified cynicism, irrational judgement of people and dishonesty whilst having perhaps the most gentle and adorable execution of ideas I've ever seen. The movie that challenged my perception of human interaction, honesty and kindness.

My favourite era of music, fashion and movies is the 1970's. My obsession with that decade, I never understood until I saw Boogie Nights for the first time. The ultimate metaphor of an era that has a fun, inviting and judgement free representation through music and movies that was essentially an attempt to avoid how corrupt and broken the world had become. A collection of mistreated, misunderstood and abandoned people who find love and validation in one another and that all collaborate in the adult film industry. The movie that made me assess how destructive sexuality can be in film and how representation is everything and the fallacy of fantasy through representation, whether it be in sex on screen or by a moment in time. After Boogie Nights I questioned my understanding of what is neglected or ignored when one fantasizes or praises. 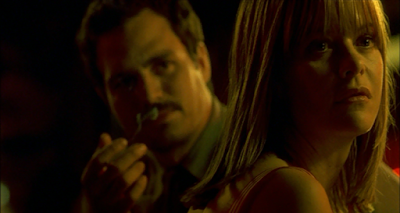 The first movie I ever saw that reversed tired gender driven caricatures. The contemplative and lonely protagonist driven by curiosity and obsession and the femme fatale. Meg Ryan is the protagonist and Mark Ruffalo is the femme fatale. A movie about female sexuality with every sex scene establishing character progression and development. A movie that questions why female sexuality and domestic violence is ignored in film, how women are beaten and murdered in films to advance plot whereas In The Cut looks at why misogyny in film is often represented as sexy instead of toxic. This is the movie that got me to acknowledge the relationship between sex and violence in a very honest way with the emphasis on the way films over sensationalise and sexualize female suffering and often biased, dishonest representation of female sexuality in film and the insistence on ignoring the violence men are capable of toward women through insecurity and entitlement. 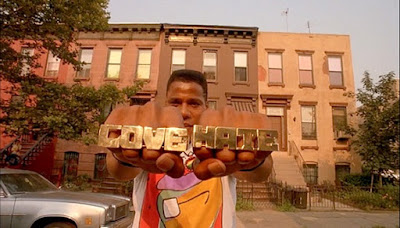 Racism from the perspective of an angry and flabbergasted voice that is still unsure why racism is ingrained in us and the double standards in place of a social infrastructure that still supports it. Do The Right Thing taught me the importance of challenging social injustice in film through style and a sense of community and keeping that community together despite being forced to take sides through fear and distrust. From its opening scene till its very final moments, movies don't get much more perceptive, opinionated and challenging. 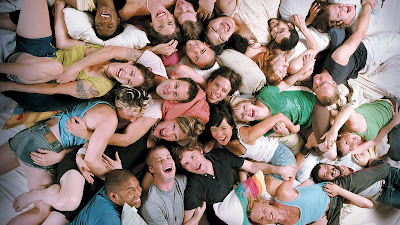 The greatest example of sex and intimacy I’ve ever seen on film. The emphasis on female sexuality, the focus on sexuality that’s often feared and ignored in most mainstream cinema and how characters can be defined by sex scenes which in an opening sequence reveals through sex the grief, confusion, sadness and suffering they're all experiencing in a world that will never be the same after 9/11. The film that says above all else, we have each other, even if we're unsure of what happened and if we'll ever be happy again. It's what taught me about unbiased sexuality on screen and how sex can often define, save and bring people together in an honest and open way.