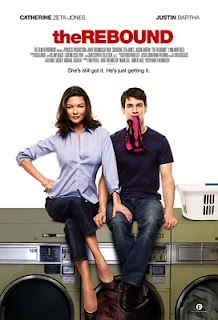 In My Own Words
Is it just me, or now that Oscar season has finished , is Hollywood bombarding us with rom-com’s and romance flicks? Well, maybe not bombarding, but there definitely seems to be a pattern. As I pondered what to see tonight, I almost thought I was seeing double with “The Bounty Hunter” and “The Rebound” looking alike, and “Dear John” and “Remember Me” looking far from polar opposites of each other. We also have “When In Rome” and “The Last Song” starting soon which fit in these two categories. . Next week will see the onslaught of a number of family flicks opening in time for the Easter holidays. Is Hollywood trying to send us a message? In my American Film Genre’s class a few years ago, my lecturer said that trends in Hollywood directly reflect the times we are living in and how the media wants people to be or what they want them to think. So, my question is, is Hollywood trying to cheer us up? Are they trying to tell us that in this time of lack of financial and job security in the world and all the forces of nature taking their toll, just remember the loving relationships around you? Are they just trying to make us laugh and turn around and give the one’s we love a big cuddle?

So as a result of these trends, at my local cinema it was either a rom-com or a romance tonight. “The Rebound” won through based on the Catherine Zeta-Jones factor. It feels like we don’t see much of Zeta-Jones these days, but she is still a box office draw. The film definitely plays on the theme in today’s society where everyone talks about ”cougars”, so it is the opposite to Zeta-Jones’ situation in real life where she is 25 years younger than her husband, Michael Douglas. As for the film, it is a romantic comedy. Think about everything you expect a romantic comedy to be and this is it.

Review
There are no surprises in “The Rebound”. When you hear the plot of the film, it is easy to guess what is going to happen to the characters. Mother of two, Sandy (Catherine Zeta-Jones) has just caught her husband cheating on her and decides to move to the city to make a new start. When she goes on her first date since her separation, she calls on Aram (Justin Bartha), a broken-hearted college graduate who is just drifting through life, to take care of her kids. Aram starts to become a part of the family and he and Sandy develop feelings for each other, despite Sandy being 15 years older than him. They are plagued by age taunts from other people, and eventually the age leads to friction in the relationship. As soon as the audience realises that there is an age difference between the two, they immediately realise how the story is going to pan out. It is slightly unfair to say that the whole thing is predictable as there are parts which you will not see coming, but the actual overall outline of the film is predictable. However, romantic comedies are very rarely unpredictable, so this makes the film is typical of its genre.

Although the film is enjoyable and there are definitely some funny aspects of it, there is just something that does not work with it. Some of the comedy seems out of place. It doesn’t carry on a consistent type of comedy, it can go from being clean and innocent to being crude. Unfortunately, this can be seen as the fault of writer and director, Bart Freundlich, for making the script uneven. The film is also very slow to get going and once it does, the conflict is sudden and there is no emotional insight to it. The emotional insight is what also makes the film seen uneven. There is really a lack of emotion throughout the film, although it is more prominent in some parts than others. When talking about her separation from her husband, Sandy exhibits more emotion than she does with Aram. In this way, the audience is lead to believe that Aram is the rebound, but is he really? It is never really made clear.

There are some good qualities about the film though. There are definitely some funny parts in the film, and it is actually quite realistic in the way that Sandy handles her divorce, Aram’s life situation and the relationships in the film, not just between Sandy and Aram, but also between Aram and the kids. Catherine Zeta-Jones does give a good performance, showing that she is still as good an actor as ever. She is particularly good in the scene where she confronts her ex-husband. There is also great character development for each of the main characters, but not enough chemistry between the main characters.

Unfortunately, there does seem to be more bad points about “The Rebound” rather than good points. On the bright side, it is an easy watch, there is nothing strenuous about it and nothing that will really tug at your emotional strings. Just as side note Mr Freundlich, watch out for parts in your script that don’t make any sense. If you are born in 1983, that does not make you 30 in 2010.
4.5/10