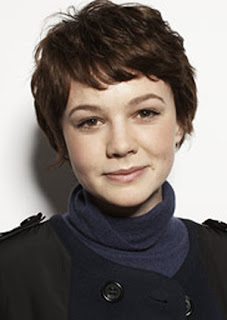 You may remember Carey from....
• The Greatest (2009) as Rose, the girlfriend of a boy who is killed in a car accident. Carey co-starred with Pierce Brosnan and Susan Surandon in her first US production
• An Education (2009) was the film that made Carey into a star. She played Jenny, the schoolgirl who cannot wait to grow up, but learns some very hard lessons when she does. Her role in “An Education” earned her a Best Performance By An Actress In A Leading Role nomination at the 2010 Academy Awards.
Posted by NP1982 at 1:06 AM