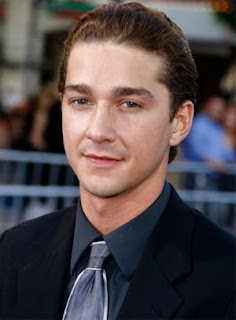 You may remember Shia from.....
• Disturbia (2007) was the film which catapulted Shia into stardom. Shia played Kale, the rebel teenager who is placed under house arrest and comes to believe that his neighbour has committed a terrible crime.
• Tranformers (2007) as Sam Witwicky, a teenage boy who befriends a Transformer and thrusts himself into an ancient battle. Shia was the envy of every male when he was teamed up with Megan Fox in this film and in its sequel , Transformers 2: Revenge Of The Fallen in 2009.
• Indiana Jones and The Kingdom Of The Crystal Skull (2008) as Mutt Williams, the motorcycle riding son of Jones’ old flame, Marion.
Posted by NP1982 at 12:11 AM