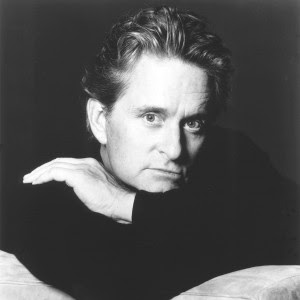 You may remember Michael from...
• Romancing The Stone (1984) as the adventurous soul Jack Colton, the object of Kathleen Turner’s Joan’s attention.
• Fatal Attraction (1987) as Dan Gallagher, the married man who commits adultery and makes a huge mistake by doing so.
• Wall Street (1987) as the charismatic and unforgettable Gordon Gekko, perhaps one of the most memorable businessmen ever to grace the big screen.
• Basic Instinct (1992) as Nick Curran, the detective who is investigating a murder in which a woman he is becoming further involved with may be responsible.
Posted by NP1982 at 11:38 PM