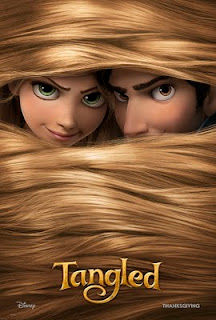 In My Own Words
There is nothing more magical than a Disney princess movie. There is no other type of film that will always take you back to the days when you believed in perfect true love. Songs were sung of dreams of this perfect love before the beautiful girl and her handsome prince met. Yes, Kate Middleton this is a challenge for you to release you debut single of "Once Upon A Dream". People often jokingly say "Disney ruined my expectations of true love". Would we have it any other way? Unrealistic or not, there is something so magical about a Disney princess movie. Disney's first full length animated film, "Snow White And The Seven Dwarves" was a princess film released way back in 1937.

Now, 73 years later, Disney has announced that their 50th animation, "Tangled"will be their final princess film. The reason behind this is that Disney do not want to alienate young boys in their future films.They are so paranoid about the alienation of the male audience taht they named this version of the fairytale "Tangled" instead of "Rapunzel", so more boys would go to see it. I'm a bit unsure of what to make of this. There is a niche in film for young girls and this has always been the princess movie. Yes, young boys wouldn't want to go and see a princess movie, but does that mean that a Disney film like "Cars" shouldn't have been made because then it alienate's little girl's? No matter what type of film you will ever make, some group of people will always be alienated. Hopefully Disney will see the light and princess movies will make a comeback after a few years.

Review
It is almost hard to believe that Disney has taken so long to get around to making their version of Rapunzel. However, it is a good thing they did. It is truly amazing what Disney can do in this day and age with an animation. "Tangled" shows just how Disney's animation is only getting better, with or without Pixar. "Tangled" is just beautiful to watch and completely entertaining at the same time. As the Rapunzel fairytale goes, the long haired, blonde beauty (Mandy Moore) is confined to the top room of the tower and unable to leave. She has been placed up there by her "mother", who is actually an ugly, old woman, Mother Gothel (Donna Murphy) who is using the power of Rapunzel's magic hair to keep her young. When outlaw, Flynn Rider (Zachary Levi) stumbles across the tower while on the run, his and her lives are turned upside down. With each other, they enable each other's dreams to come true and have a great adventure while doing so.

"Tangled" once again shows the true movie making genius of Disney. They know exactly what it is that makes a movie work and there is no doubt as to why their animated films have been so successful for now well over 70 years. The script is well written and very funny, particularly the use of the saucepan. It is astonishing how even though "Tangled" is an animation, there are still so many aspects of the film which are just so close to real life, like the way Flynn and the horse, Maximus fight among each other and the reverse psychology of Mother Gothel. The songs are maybe the only real downfall of the movie. They are not catchy in the way that Disney songs have always been and are not particularly memorable. Many of the songs sound like typical Disney songs which have been released before, except not quite as good as the originals. Having Mandy Moore's voice doesn't hurt the quality of the soundtrack though.

The graphics are completely astonishing and definately make the 3D version of the film worth seeing. The production budget of "Tangled" was approximately $260 million and it is easy to see where all of that money went. The visuals of the breaking dam and the floating lights are just beautiful to watch. Although the character of Rapunzel can sometimes look like a plastic Barbie doll, the facial expressions of her and Flynn are extremely lifelike. One can even forget at times that Flynn is an animated character as many of his mannerisms and facial expressions are exactly like that of a heart throb movie star who knows that he is, right down to the smoulder. The animal charcaters of Pascal the chameleon and Max the horse are both funny and great additions to the story.

"Tangled" may not be the greatest Disney animation of all time and it will not appeal as greatly to boys as it will to girls, but it is nevertheless a very good film. Disney always sets the bar high and expectations will always be high for a Disney animation. "Tangled" does not disappoint. It is light and beautifully made and a wonderful princess fairytale told with a modern day twist and the complete use of all the modern technology which can be used for an animated film.
8/10