Welcome to LA everyone!

It is really amazing to be back in the town that is just like my dream theme park! There isn't a better place in the world to be than here if you are nuts about movies. And how could you say this isn't the best time to be in Hollywood! The place is ringing with Oscars buzz!

Flying into LA in the pitch black first thing on a Tuesday morning.....well,you could be anywhere really. However, when you are on your way to the hotel and you hear a reminder on the radio that the ballot closes for the Oscars on Thursday so don't forget to cast your votes.....I couldn't be anywhere else really.

I spent my first night in the City of Angels at the Hollywood Roosevelt Hotel. This place, if I haven't mentioned before, is my favourite place in the whole world. It is the place where I feel like I am really part of old Hollywood. This night comes courtesy of a very special birthday present from my lovely mother in law and an awesome travel agent by the name of Skye!

So when is the point when you know his week is going to be brilliant and amazing and everything you had hoped for? When you arrive at your all time favourite hotel and they say "Unfortunately the room type you are after is unavailable. Would you like a complimentary upgrade to a pool view cabana with balcony?"

I think this may have been a trick question. Of course the answer is yes! So here is my life today. 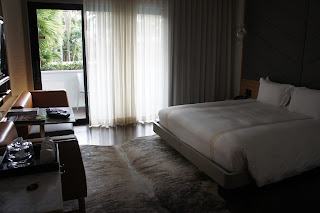 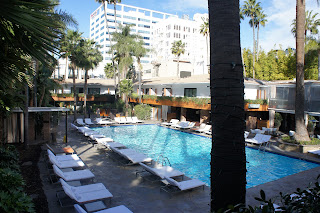 I think I am doing okay.

So after a 13 hour flight which has taken you to a completely different time zone, one would normally want some sleep. I had even contemplated that on the plane as I was trying to get a nap in. However, the realisation that I am possibly in the best hotel room ever just gave me some sort of bizarre kick. I was rearing to go!

I ventured straight onto Hollywood Boulevard where it suddenly hit me that I really am in Hollywood for the Oscars. The boulevard was blocked off from Highlands Ave to Orange, with the bleachers already up and the rain covers on the protect the area. It's quite an eerie feeling seeing this area which you have seen so many times over the years set up, in the rain and Hollywood was pretty quiet at the time(which is strange in itself). 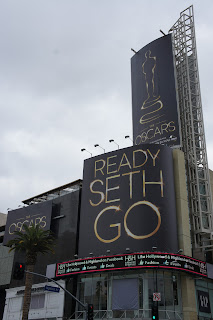 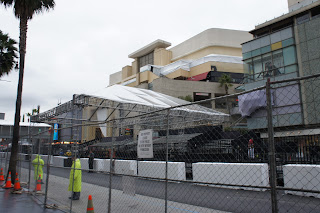 After some serious retail time, I went to do something I have been wanting to do for years. I went on Dearly Departed Tour! Now that may sound pretty morbid of me, but I ensure you, this is one of the best tours to go on in Hollywood.  I have been on quite a few tours of Hollywood in my time, but this is the best one I have been on. If you are going to do one tour in Hollywood, do this one. You get to see where all the death and scandal of Tinseltown took place, but you still get to see all the usual places of interest and some current celebrity homes.

Scott Michaels is the man behind the company and is a star in his own right. I was lucky enough to meet him and to have a chat to him about some of my favourite Hollywood scandals such as the Tate murders (well, favourite as in I'm interested in it, not I think it was a good idea) and The Black Dahlia murder. Scott has been giving tours for the past 8 years and the home of the tours is a mini-museum filled with amazing pieces of memorabilia. Here are some of the pieces I found interesting. 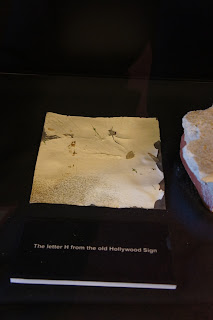 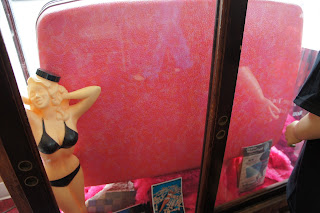 This picture is of Jayne Mansfield's suitcase which was in the boot of her car when she was in the car accident that claimed her life.

The tour itself goes for just over 2.5 hours. A very quick 2.5 hours when you are having so much fun! I got to see some pretty cool things like where Michael Jackson died, George Michael's favourite (or least favourite) restroom, where Janis Joplin died and the site of Lindsay Lohan's Sunset Boulevard crash. 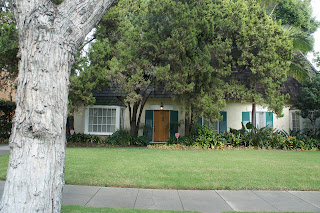 This is the house where Marilyn Monroe and Joe DiMaggio lived. 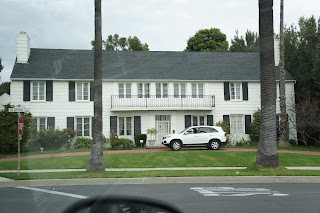 This was one of my personal favourite scandals. I'm a Lana Turner fanatic, and this is the house where her daughter, Cheryl killed Johnny Stompanato to protect her mother. Very spooky!

I had a great afternoon. All the tour guides are extremely knowledgable and happy to answer any questions you may have. I would love to also go on the Helter Skelter tour which covers all the locations relevant to the Manson murders. This tour only runs once a month though. However, if you have a group together, they are happy to make a exception.

As I said, I have been on a lot of tours in Hollywood over the years, but this is the best! A word of advice though, this tour is not for the faint hearted or for children.

So this brings my first day in LA to a close! Here are some pictures of The Hollywood and Highlands Centre to finish off this post! 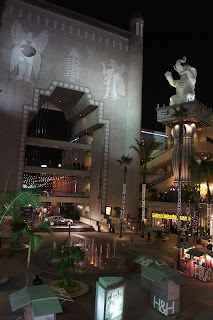 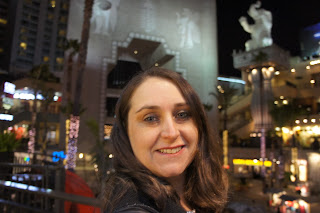