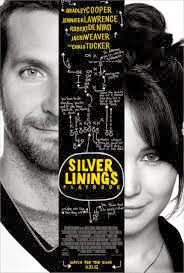 Before I begin my review…
Silver Linings Playbook is the first movie in 31 years to have nominations in all four acting categories and for Best Film and Best Director.

That is pretty damn impressive. The last film to do this was Reds back in 1982. Come the night, Reds took out Best Actress In A Supporting Role for Maureen Stapleton and Best Director for Warren Beatty.

So what has Silver Linings Playbook got a good shot at?

One would think they surely have to win at least one considering they have nominations in all the major categories. Not necessarily, but it is definitely in contention.

So let’s start with Silver Linings Playbooks’ odds for Best Picture. Very good movie, but it will be a surprise winner if it takes home the big one. At the Toronto International Film Festival it took out the top Audience Award so that is saying something for it, but it does have very stiff competition at the Academy Awards later this month.

David O. Russell for director….he has a very unique method of direction with the improvisational style of directing his actors and his methods of editing. There is no doubt about it, Russell brings out the best in his actors. He directed both Christian Bale and Melissa Leo to their first Oscars for The Fighter and you don’t direct all four of your lead actors to nominations if you are not exceptionally talented. He does have a good chance at taking home his prize this year.

Silver Linings Playbook is without a doubt Bradley Cooper’s best role to date. His nomination is very much deserved, but a win seems a bit out of reach with the front-runner being Daniel Day Lewis and followed closely by Hugh Jackman, who won the Golden Globe over Cooper.

The same can be said for Robert De Niro and Jacki Weaver. Both fantastic performances and well deserved nominations, but both have a lot of competition.

It is Jennifer Lawrence who is the greatest Oscar chance for Silver Linings Playbook. Is there anything this girl can’t do? It is her second Oscar nomination at age 22 and the world is her oyster. Her biggest competition is Jessica Chastain. However since winning the Golden Globe for Best Actress in a Musical/ Comedy and also Best Actress at the Screen Actors Guild Awards, all eyes are in Lawrence. Considering the SAG’s and the Oscars are voted by acting peers, it would seem as though this is her year. Question is, is she deserving of her first Best Performance by an Actress In a Leading Role Academy Award?

David O. Russell proves once again with Silver Linings Playbook that he is able to bring out the best in each one of his actors and the sum of these performances lead to a wonderful, raw and heartfelt film.

While Silver Linings Playbook is being categorised as a romantic comedy, it is definitely not your typical rom-com. The heartbreaking and intense issues dealt with are never too far removed from the reality of the everyday person, but are ones that are not usually brought to your attention in a film like this. The characters have so many layers to them that are exposed in the film and are bought to life with some incredible performances.

Troubled Pat Solitano (Bradley Cooper) returns home to live with his parents (Robert De Niro and Jacki Weaver) after spending time in an institution for his bi-polar disorder. He is determined to improve himself by being more positive and believes that he will be able to win back his wife, Nikki (Brea Bee) when she sees how much he has changed.  He then meets Tiffany (Jennifer Lawrence), an eccentric young widow and he believes she may be able to help him win back Nikki. However, both Pat and Tiffany are able to help each other out and change each other’s lives in ways they never imagined.

The best thing about Silver Linings Playbook is that it shows that a film doesn’t need to have amazing images, special effects or be somewhat of an extravaganza in order for it to be amazing. Silver Linings Playbook relies on its story, the emotions it evokes and characters that are portrayed in order to be a film that connects with people, and that it does.

At times, the film is almost uncomfortable to watch as bi-polar and other depression and anxiety related disorders are not uncommon by any means. What Pat and his family go through as a result of his disorder and also the mood swings of both him and Tiffany are very realistic. These scenes will hit close to home for anyone who has experienced anything like this before. It’s not an easy watch at times for this reason, but as the title suggests, the story plays out to show silver linings and you don’t leave the cinema feeling like you’ve been hit by an emotional steam train.

The story is great as it is original, but still slightly predictable. There are some funny moments, but some of the laughs are more like nervous laughter than laughter as a result of comedic value. It’s one of those things were you watch and it seems like it is funny, but you know that if it was happening to you, it probably wouldn’t be that funny.

It is the performances by the actors that make this film what it is. Bradley Cooper is brilliant in his role as Pat. He is completely believable in everything he does on screen and really gets the audiences sympathy. It is the best performance of his career thus far. 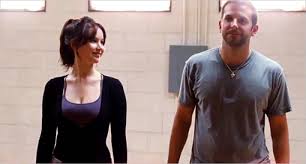 Jennifer Lawrence gives an absolute powerhouse of a performance. To begin with, taking the knowledge into the film that Lawrence is only 22 in real life, it does seem a little far-fetched to you that she is a widow and was married for three years. Yet, Lawrence has proved that she can act beyond her years and she is very believable in the part. When her character is angry, she is actually quite scary and it looks like there is a fire behind her eyes that would shoot down anyone who dare challenge her.

Robert De Niro gives his best performance in years as Pat Sr. His character is slightly eccentric, but not as much as his son. It is such an interesting performance as his character has so many layers and De Niro is able to show all these layers in his portrayal.

Jacki Weaver is also wonderful. She is beautiful on screen as Pat’s mother and as a devoted wife, who is trying to keep it together for the sake of her family. Her and De Niro work brilliantly together on screen. That being said, the family dynamics between Weaver, De Niro and Cooper are both evident and deeply heartfelt.

All the characters have so much depth, but they are all changing gradually throughout the film. It is the best example of character development and progression in a film definitely in the past year and maybe even longer.

Silver Linings Playbook is a beautiful film about those “crazy” people who are perhaps not so crazy, but just feel a bit more and see things that others don’t.