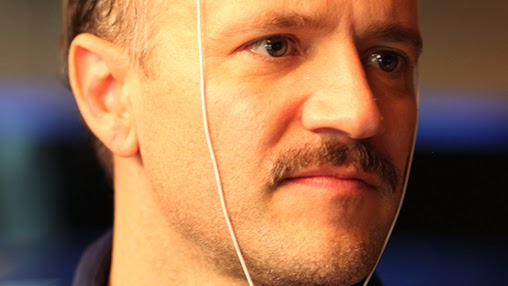 One of the great filmmaker guests which this year's Sydney Film Festival has played host to is the director and co-writer of Kumiko, The Treasure Hunter, David Zellner. Zellner and his brother, Nathan who hail from Texas, are no strangers to the festival circuit after first having their short film, Flotsam/Jetsam  appear at Sundance in 2005. Their first feature film, Goliath made it's debut at Sundance in 2008.

Kumiko, The Treasure Hunter is in competition at this year's Sydney Film Festival and we were extremely lucky to sit down and have a chat with Zellner about the making of the film, the urban legend surrounding it and some of the challenges involved in the production.

Firstly, welcome to Australia and welcome to the Sydney Film Festival! How has your trip been so far?
Thankyou! It's been great! I love the city and the festival has treated me really well and yeah, it's been great!

Congratulations on the success of Kumiko, The Treasure Hunter! When did you first come across the story of Takako Konishi?
We came across the story in 2001. We saw it online on message boards as this was before Facebook and Twitter and it was just simply about a Japanese woman going from Tokyo to Minnesota in search of the mythical fortune from the movie. At that point in time, there was really no information about it beyond that and what was interesting was that over time people started contributing to what their version of the truth was. A lot of it was contradictory and eventually the real truth came out that a girl really did go and a lot of the more personal details were released eventually. The elements that drew us to it in terms of this epic quest or treasure hunt were things that grew out of this urban legend and at first we were concerned to see such discrepancies with all the stories out there, but then we liked it even more because it played with what the truth actually is and the line between fact and fiction. It was also the fantastical elements of the urban legend in terms of this epic treasure hunt that drew us to the story in the first place so that's what we ran with.

How did you and your brother, Nathan decide that this was something you wanted to make a film out of?
I think from the get-go I became really obsessed with the story and out of personal interest just wanting a type of closure as to what would lead someone on this journey and that led to us trying to fill in the gaps and the script grew from that. I think growing up liking adventure films meant that I liked the idea of this quest for a mythical fortune and I liked the idea of something like that in contemporary society because it's so an antiquated thing. There is no longer the mystery in the world that there once was. There is no uncharted lands, there is no foreign places to discover as everything is mapped and discovered. Everything is available online so there is no gratification. So I really like the idea of there being this quest where there is a hunt for information and a sense of mystery.

Speaking of all this information online, was there a great deal of research to be done when developing the screenplay?
In terms of the elements that came out of the real details of it not so much. We started working with so little information and we did our own version of the truth. As more information came, we had lived with our version of the truth so long that we ran with that! But from a wider cultural perspective, we certainly did a lot of research. I had been to Japan before as a tourist but something we wanted to avoid was looking like white guys from Texas doing a Japanese film. So we had to do a lot of research there and particularly of the office lady culture, which is dying out but it still exists, and things that would give a certain kind of legitimacy and resonance to the world which she was part of.

Takako and Kumiko seem like two very different people, even though one is based on the other. Takako, according to the information available about her on the net was supposed to have come to the United States because she was having an affair with a married man!
Yeah! Well, you probably know more about it than I do, but that is why we just stopped reading about it because we didn't want that to taint what we were working with. It had already been a couple of years that we had been working on this story and that instantly strayed it from the urban legend which we had been drawn to in the first place. We didn't want it to be a biopic or something ripped from the headlines. The character in terms of the personality and why she was going on this quest was completely our creation and we were more interested in being true to the urban legend.

How did the attributes which Kumiko have come about? Was she the type of character which you believed would do something like that?
I think we wanted someone that could be plausible within that universe where she would embark on this kind of thing. She was plagued with a certain sense of isolation, alienation and she's at a difficult point in her life where she is having problems connecting with those around her. Taking things from Japanese culture that would lend themselves to the state that she is in, someone regardless of her geographical background that is relatable on a human level.

You went to two pretty much polar opposite places in Tokyo and Minnesota for the film. How long did you spend in both of these places filming?
It was a total shoot of 32 days and it was pretty much close to half each. We had scouting trips to each place before and it was almost like we shot two features back to back. We had a different cinematographer, we had two totally different crews and there was a lot of local people in each place that could help these outsiders. We just took a good amount of time to get everything ready, but the actual making of it was so smooth because we had such great teams.

One could imagine that working in the snow in Minnesota would have been particularly challenging, particularly on Rinko (Kikuchi). What were some of the challenges filming in conditions like that?
Well, it was all just about being able to adapt to the weather. Sometimes when you are filming you are trying to avoid bad weather and you use covered sets for when that arises, while we did the opposite. We scheduled filming in the worst weather possible as we wanted a harsh winter environment. So in Japan and America we wanted the landscapes to essentially be characters in the film and really embrace them. And these are things you can't really fake. You can't really do CGI blizzards or that sort of thing. We had limited means but that is where we were able to be adaptable easily and that's how we were able to find these blizzards and go out and embrace them for cinematic purposes. 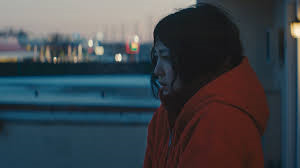 Was it hard on Rinko who was out in all of this weather?
That was something I was very concerned about from the start. Without spoiling it, we did things to make sure she stayed warm and there was an element of acting involved. But she was a good sport and they were tough conditions to work in and incredibly cold. Her character was not prepared for that weather so inherently it was going to propose challenges for us and I think she did a great job adapting, but we did our part to make sure she was taken care of.

And you were actually on screen in quite a few of those scenes with her in Minnesota and your brother is in the scenes in the airport. How did you and your brother decide which roles you wanted to play?
We always act in our films where appropriate and it's just kind of an intuitive thing based on our strengths. We don't have a lot of in depth discussion about it, it just kind of comes naturally.

Kumiko, The Treasure Hunter is great in that it has themes such as cinema obsession and the need for adventure. Would you say that another theme is the need for importance, as in to make ourselves feel like we have given our lives a sense of importance?
Yeah, absolutely. I think that's such an inherent part of human nature and for some people that's where religion comes in, but I think on a broader level it is regardless of your ideological beliefs or cultural ethic background it is still an inherent need for fulfilment in that sort of way. It was something on a more general human level that we wanted to touch on.

Another thing the film does amazingly well is that even though to everyone except Kumiko this journey seems hopeless, yet the film does not judge her in any way.  Was this a challenge to do?
That was one of the most important things to us in making the film. Outsiders are such easy targets and it would have been really easy to make her part of a joke and to beat her down constantly, and all I wanted to do was just humanize her and have people connect with her on that level. So I didn't want to stigmatize her with a label as to what is wrong with her or anything like that, because from her point of view everything is fine and we wanted it to be from that perspective. We really wanted to write with the humour in the pathos and not have the humour be at her expense. There is circumstantial humour which comes up, but we always wanted to be on the journey with her. We didn't want to go to any extremes, we didn't want to go to the extreme of being cruel and heartless to her or go to the other extreme of being sentimental with her as that would have been just as false and alienating to me. So we wanting a kind of truthfulness right in the middle.

So are you a fan of the Coen brothers movie, Fargo?
I am. That was inherently part of the urban legend and so we were just being true to that legend. If it was some other movie and some other treasure, that's the way it would have gone.

Was it a bit of a surreal moment recreating that pivotal scene from Fargo for Kumiko?
I don't know, some things in the film I could analyse and some things were just a bit more intuitive on a gut level feel right and that was one of those things.

What has been your highlight with the film so far?
I mean, it was such a difficult film to pull together. The shooting of it was just a joy, but making it happen took a long time. So I think being in the trenches with it for so long and finally being able to step out and share it with an audience and having it resonate with them has been really special. It's one of the big reasons I create films is because it is a way of communicating and sharing ideas so it has been great to finally do that with this project and have it resonate with people.

Thankyou very much to David Zellner for taking the time to speak to us and to Palace Films for making it happen.
Posted by NP1982 at 5:36 AM