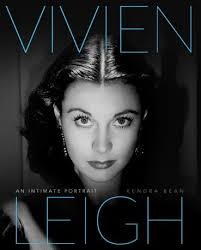 ﻿
Vivien Leigh was one of the most talented and beautiful actors to have ever graced the cinema screen and will be forever remembered for her grace and versatility in both her film and theater roles. "Vivien Leigh: An Intimate Portrait" gives a most in depth exploration of the woman behind such unforgettable characters as Scarlett O'Hara (Gone With The Wind, 1939) and Blanche Dubois (A Streetcar Named Desire, 1951). Kendra Bean's biography of the star is wonderfully written and accompanied by an absolute treasure trove of beautiful photos, many of which have never been seen before. There have been many biographies written about Vivien Leigh over the years, but "Vivien Leigh: An Intimate Portrait" allows one to see her from a most unprecedented personal and loving perspective.

Vivien Leigh was born Vivien Mary Hartley on the 5th November 1913 in India (then known as British India). From when she was six years old, she was raised in England and began her lifelong passion for theatre and acting at a young age. Although she appeared in several British film productions, it wasn't until 1939 that she became a household name world over when she gave her Academy Award winning portrayal of southern belle Scarlett O'Hara in Gone With The Wind. She won her second Academy Award in 1951 for her portrayal of the damaged Blanche Dubois in A Streetcar Named Desire. Off screen, she was part of the marriage which many referred to as being theater royalty as the wife of Sir Laurence Olivier. Despite her elegant public persona, behind closed doors Leigh fought demons which would haunt her until her untimely death in 1967. 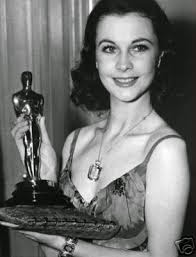 "Vivien Leigh: An Intimate Portrait" is unlike any other Vivien Leigh biography ever printed. This illustrated biography shows Leigh in a light which is loving, but extremely saddening and often heartbreaking. In her research for the book, Kendra Bean hadd access to the Laurence Olivier Archives, which allowed her to discover more about Leigh than any other past biographer. In the past, many Leigh biographers have struggled with understanding Leigh psychologically, as she never left behind a memoir of her own and Olivier refused interviews. With Bean's access to the Laurence Olivier Archives, Leigh fans and classic film fans alike are able to understand for the first time the extent of her illness (which would these days have been diagnosed as bipolar disorder) and what really went on behind closed doors in the Leigh/ Olivier marriage. There are some incredibly heartbreaking tales of Leigh in her darkest days, stories which those who are fans of Leigh's public persona and blissfully unaware of her private turmoil will find disturbing. However, Bean retells these times without judgement. She allows the reader to feel an intimate connection with Leigh and her love and warmth for her is contagious. Yet, in the harsh reality of the Olivier's marriage breakdown, there is also beauty. The way in which Leigh and Olivier still obviously cared for each other and had a lasting connection in spite of their divorce is wonderfully reassuring for all their fans. Bean's love and passion for Leigh radiates off each page and makes the reader care just as much for her as she does.

The biography is first and foremost an illustrated biography, as Bean had envisioned a coffee table book. The photos included are absolutely exquisite. Hundreds of these photos have never before been seen by the public and are an absolute treat. There are some incredible private moments captured from Leigh's life, including photos of her and Olivier before and during their marriage and shots from behind the scenes of many of her films. Leigh's beauty shines off the page with every photo and each photo has a beauty of it's own.

"Vivien Leigh: An Intimate Portrait" is a wonderful treat for any Vivien Leigh or old Hollywood fan in what would be her 100th year. Although there is so much beauty in this biography, it is quite a powerful read in a most respectful way. A beautiful tribute to a beautiful woman.

Movie Critical were lucky enough to catch up with "Vivien Leigh: An Intimate Portrait" author, Kendra Bean. Kendra, who is originally from California, has an MA in Film Studies from Kings College London and is the designer and editor of www.vivandlarry.com , an historical archive and film blog dedicated to Vivien Leigh and Laurence Olivier. 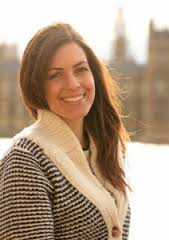 Firstly, congratulations Kendra on the amazing success of your first book, “Vivien Leigh: An Intimate Portrait”! When you first had the idea to make a coffee table style book about Vivien Leigh, did you ever imagine it being so successful?
Thank you! Not really, and I mean, it’s not Harry Potter status or anything, but I’m so glad people have responded so positively to it. I knew the turnout for the recent Vivien Leigh centenary events would be pleasantly surprising to naysayers who thought no one was really interested in Vivien anymore. It’s a great feeling to have been a part of that in some way.

When did your book journey first begin and what made you want to write a book about Vivien?
It began in 2009. Through my work at vivandlarry.com, I had started collecting vintage magazines and accumulating a lot of photographs. I was also scouring local libraries for books that might contain rare photographs of Vivien to add to the online gallery, and it was through this interest in photography and fashion books that I decided to try and put together my own.  My original idea was actually to do a book that focused on Vivien and Laurence Olivier, and it was with that proposal that I landed my agent. However, after doing my MA in Film Studies, I decided that perhaps it would be a bit more interesting and timely to focus on Vivien’s life and career.

What were the high points and the low points of writing “Vivien Leigh: An Intimate Portrait”?
The high was definitely getting the publishing deal after what seemed like years of waiting and shopping the proposal around. I also loved meeting and interviewing people who knew or had already written about Vivien, and, of course, digging through archives for photos and interesting information. I wouldn’t say it was a low point – I don’t think there was one - but it was definitely a challenging process trying to finish everything and get it in on time. I did it, but was totally knackered afterward. You hear about a lot of authors requesting deadline extensions and whatnot, but I didn’t really have that sort of leeway, and because I’m a first-time author, I felt it really important to meet whatever deadlines were set for me. It was a huge learning experience, and I wouldn’t trade it for the world because now I know that I’m capable of working under that sort of pressure.

Were there any parts of Vivien’s life which you found it particularly hard to research or to find any information about?
Even though I chose not to focus too much on the early years of her life, her childhood was difficult to research. This was because her personal archive was not available at the time, and as far as Vivien goes, Laurence Olivier’s archive really starts when they got together in 1936-37. There wasn’t a ton to go on for her early years other than what’s been printed in newspapers and previous biographies.

What was it like having the wonderful actress Claire Bloom write the foreword for your book?
That was a great honour. She was actually the first person I interviewed, and she has fond memories of Vivien. It was an even greater honour when she turned up at my book launch!

Besides Ms Bloom, who was the most exciting person you met during your journey?
Everyone was exciting in their own way! I was just really happy to be in the company of people with interesting experiences and stories. I was really lucky that everyone I met was very encouraging and supported my enthusiasm along the way.

Now for a question you probably get asked quite often, when did you first become a fan of Vivien Leigh?
When I was 18 and fell in love with Gone With the Wind.

If you could ask Vivien one question, or talk to her about anything that happened in her life, what would that be?
“Can you talk about what it was like to work on certain films, with certain directors?” That’s vague, but I’d love to find references to her speaking in-depth about her film career. She seemed to gloss over a lot of it with very trite answers whenever she was asked about it in interviews.

Do you think that Vivien is a good representation of a beauty of the golden age of Hollywood?
I think she transcended a lot of other actresses in terms of beauty, to be honest. A lot of female stars back then were very careful about make-up and requested specific lighting during photo shoots. Vivien had this to an extent, as well, but she also looked stunning with no make-up.

Julia Ormond played Vivien Leigh in the film, My Week With Marilyn. Do you think she was the perfect person to play her, or can you think of another actress who would be perfect in portraying her?
I didn’t like how Vivien was portrayed in that film (actually I didn’t think very highly of the film as a whole, but c’est la vie), but I don’t think it was Julia Ormond’s fault as much as it was the script, costumes, and make-up. I thought she was wonderful in Legends of the Fall, but in this film she just plays a side character and is portrayed as a stereotypical , frumpy ageing actress.

As the centenary celebrations of Vivien Leigh’s 100th birthday are still continuing, what events do you know that are coming up? What should a Vivien Leigh fan do to celebrate?
There’s the Gone With the Wind 75th anniversary celebration in Atlanta in June. In London, the Starring Vivien Leigh exhibit runs through the end of July at the National Portrait Gallery before going up to the Laing Gallery in Newcastle in September.

If someone was to travel to England and wanted to visit some of the places associated with Vivien and her life, where would you recommend them visit?
I did a blog post about this a few months ago actually, http://www.vivandlarry.com/the-oliviers/12-mustsee-vivien-leigh-locations-in-london/

And for our final question, Vivien Leigh related or not, what are some of your all-time favourite movies?
Gone With the Wind, Wuthering Heights, Waterloo Bridge, Brief Encounter, Nights of Cabiria, Plein Soleil

We thank Kendra Bean for taking the time to speak to us at Movie Critical and wish her all the best of luck! Kendra will be signing books and introducing A Streetcar Named Desire on the 16th of July at the Egyptian Theatre on Hollywood Blvd. Tickets are available through Fandango. 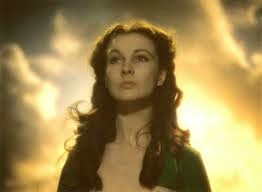