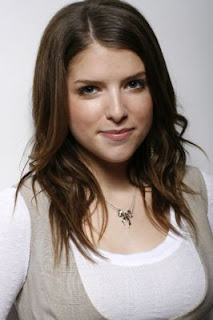 Many of you may recognise this face as being that of Jessica from the inescapable Twilight Saga. However, you may not yet know that Anna Kendrick's acting career extends far beyond that of playing the supporting role of Bella's mortal friend in "Twilight" and "New Moon". There been whispers that she may be up for an Oscar nomination for her role in the upcoming film, "Up In The Air".

Anna Kendrick was born on the 9th of August 1985 in Portland, Maine. She became a victim of the acting bug at a young age after performing in several local productions. When she was 10, she was discovered by a talent agency, and by 13, the industry had sat up and taken notice of this new Broadway star. At this age, she starred in the Broadway version of "High Society" as the spirited Dinah. For this performance, she earned a Tony nomination for Best Actress in a Musical. She unfortunately did not take home the prize, but instead she took home a new reputation, that of being the second youngest Tony nominee of all time. 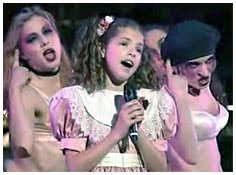 Kendrick then took a few years off acting to complete her schooling. Come 2007, she then started her career in film. She starred in the film "Rocket Science" as Ginny, a star high school debater. After this performance, she was cast as Jessica in the highly successful "Twilight" series. After being in the first two installments of the saga, she is cast for the third film, "Eclipse", to be released in June 2010. It is her performance as Natalie, the young business woman in "Up In The Air" that has made the world realise that Kendrick is not just another actor whose career cannot extend beyond a pop culture phenomenon. The film itself is already an Oscar favourite and Kendrick is tipped for a nomination in the Best Supporting Actress category.

Anna Kendrick is a young actor who's acting abilities extend far beyond the simple character of Jessica and with her upcoming roles will prove this to all that disbelieve.
Posted by NP1982 at 2:48 AM