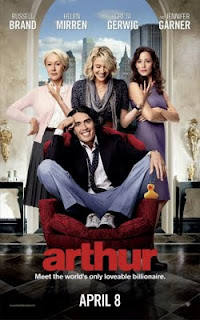 In My Own Words
It always takes a bad day followed by a visit to the cinema to remind me why I love movies so much. It doesn't matter what it is going on in your life, while you are in a cinema, you forget everything which is going on outside and lose yourself in the film. The world of film provides ua all with an escape and with all the crazy things that are happenning in our lives and in the world at this point in time, an escape is something we all need at times. When you need that escape, I really love the movies which are out in the cinemas at school holiday time. There is always a comedy or an animation or two to watch which will always put you in a better mood once you make the trip to the movies. It doesn't even matter whether the film is half decent or not, just as long as it isn't is light and fluffy and fun.  Last night when I got home I found myself in a bit lower a mood than usual and I put on "The Country Girl" with Bing Crosby and Grace Kelly. Now forgive me, but this was the first time I had seen "The Country Girl" and it was a lot sadder than what I thought it would be. My mother rang me while I was in the middle of watching it and got mad at me for watching a depressing movie which would only enhance my bad mood! Quite clearly I should have made the trip to the cinemas last night to see "Arthur"! However, even after seeing it today, I feel like a new person! It really is amazing the power a film can hold over you by way of escapism.

Review
Once again, we approach another remake with caution. "Arthur" was originally made back in 1981 with Dudley Moore as Arthur, Liza Minnelli as his love interest and John Gielgud in his Oscar winning role as Hobson, Arthur's servant. 30 years later, Arthur is now Russell Brand, who resembles Moore only in his haircut for the film and Hobson is now Arthur's nanny and played by Helen Mirren. While the 1981 "Arthur" was worthy of 4 Academy Award nominations and 2 wins, the 2011 version can be described as just good enough. It's fun, but just a bit too silly to be completely hilarious. Sure, there are definitely some laughs but it is a case of seeing the funniest parts in the trailer. Arthur is a child trapped in a 30 year old's body. He loves his toys and spends the money he has inherited from his parents on such extravagences as parties with numerous women and booze. In order to get him to calm down and act like an adult, his distant mother decides to give him an ultimatum, marry Susan Johnson (Jennifer Garner) or say goodbye to the millions. This happens at the same time that Arthur meets free-spirited Naomi (Greta Gerwig) who he immediately falls for. Arthur is faced with the biggest decision he has ever had to make, marry a woman he feels nothing for and keep his millions, or keep the girl of his dreams and lose all the money.

"Arthur" is a case of Russell Brand playing Russell Brand. He mixes up the roles which he plays in the movies he partakes in, but they are not a great stretch from each other. In all honestly, Brand will probably never be an accomplished dramatic actor, but he still doesn't do too badly in the dramatic scenes. The chemistry between him and Helen Mirren on screen strengthens throughout the film, as it should be. Unfortunately, the strength of the chemistry between Brand and Great Gerwig on screen is extremely weak and they physically do not look right together. On her own, Gerwig actually does do a very good job as Naomi and she is just delightful with a great amount of character.  In this film, it does feel that Brand has had to tone down his sense of humour to fit in with the film's PG rating. At the beginning of the film, after about 5 minutes it almost feels as though you are going to start to find Brand's Arthur extremely annoying, but by halfway through the film he has actually became quite likable. His character does seem to be extremely overdone in proving that he has a childlike mind. You can see why the director, Jason Winer has made Arthur this way as to make a point, but it is so overdone that Arthur just seems creepy.

However, the script does allow for Arthur to have some very funny dialogue, even though a lot of it is in the trailer so it doesn't seem as funny the second time you have seen it. The script does tend to miss out on some pivotal moments of Arthur's development, particularly towards the end. "Arthur" does tend to get really qute silly at times, but there really is something in this film for everyone.  The best thing is, Winer has made "Arthur" his own and it really is different from the original. Yes, it is not as good as the original, but it is a different film. Gone is the massive Arthur laugh from Dudley Moore and it is replaced by Brand and his own Arthur. The decision to make Hobson into a nanny rather than a servant does work as well as it adds to the immaturity of Arthur's character. The decision also to make Naomi into a tour guide who is running from the police because she doesn't have a license makes her more endearing and perfect for Arthur'sa love interest, rather than Linda (who was played by Liza Minelli) who was running from the police as she was trying to steal a tie for her father.  A remake that isn't trying to be the original is always worthy of praise.

"Arthur" is a good film for the holidays. It is entertaining enough, doesn't require the use of too many brain cells and is a bit of fun. It does border on the funny/silly border, but has something for everyone no matter how frustrating it can be at times.
5.5/10