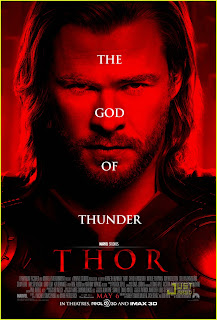 In My Own Words
It's amazing what "Home & Away" does for Australian actors. For those who don't know, "Home & Away" is an Australian drama series that airs every weeknight at 7pm in Australia and has been doing so since 1988.  I once had an actress friend who said that she never wanted to go on "Home & Away" because it was "trash"....funnily enough she never made it very far in her chosen profession as I haven't heard of her since . As much as people such as this past "actress" like to bag out "Home & Away", it does provide up and coming actors with a fantastic stepping stone to future international success.  I'm not saying that if you take part in "Home & Away", you are definately going to become a Hollywood star, but for the ones who really want to take the big leap and try their luck in Hollywood it must look great on their resume. Let's look at some past "Home & Away" actors, shall we? Isla Fisher played Shannon from 1994-1997 and is has been in films such as "Wedding Crashers" and "Confessions Of A Shopaholic", not to mention being Sacha Baron Cohen's wife and the mother of his child. Isabel Lucas of "Transformers" fame's first role was as Tasha for four years in "Home & Away". Melissa George, who has had several successful Hollywood roles in the remake of "The Amityville Horror" and "Derailed" as well as television roles in "Grey's Anatomy" and "In Treatment". Ryan Kwanten started off his career on "Home & Away" as well as bad boy Vinnie. The list goes on and on. The star of "Thor", Chris Hemsworth, is also a "Home & Away" alumni. I remember I once saw Hemsworth walking along a street in Sydney while I was out at my work Christmas party one year. He's come a long way since then! And, like many other Australian actors, he has "Home & Away" to thank for kick starting his career!

Review
"Thor" is reminiscent of what the old action/fantasy movies used to be like, yet still has the characteristics of a Marvel Comic production. Largely carried by extremely impressive special effects, but is still a big cheeseball. "Thor" is definately amazing as far as the visuals go and there are some great moments in the narrative, but there are still some momentsin the script and direction which instigate a roll of the eyes. It is an interesting project for Kenneth Branagh as looking over his past directorial career, "Thor" is his first attempt at a comic book adaptation or an action spectacular. He is no stranger to Shakespearean cinema and there are indeed some Shakespearean references in "Thor". In Short, "Thor" highlights Branagh's strong points as a director and his low points. Thor (Chris Hemsworth) has always dreamt of the day when he will be crowned king of Asgard. His father, the current king Odin (Anthony Hopkins) is about to crown him king when their long time enemies, the Frost Giant's bring havoc to Asgard so Thor goes after them without his fathers permission. Odin is so furious with his son that he banishes him to Earth, where Thor meets scientist, Jane Foster (Natalie Portman). Thor tries to get back to Asgard, but finds out that his brother, Loki (Tom Hiddleston) is working against him and will do anything to no let his brother back into Asgard so he can be king.

"Thor" is very much a touch and go situation. There are some really wonderful things about it and some other things that, as said before, just make you want to roll your eyes. It could almost be divided into two movies. One is a great action film set in the a fantasy world where a great battle is taking place, while the other film is a lack lustre and corny romance story set in New Mexico. The first movie is really quite spectacular to see on the big screen. The graphics are absolutely outstanding and completely bewildering, especially if you see this film in 3D. Asgard is almost like a cross between the Emerald City (except gold)in "The Wizard Of Oz" and Naboo in "Star Wars" and has the elegance and grace of ancient civilizations. The cinematography is wonderful throughout all the scenes in "Thor", as is the editing in the action sequences. Yet, there is the problems of the script. Of course it is corny in the way that comic book films are so it is forgiven for that reason. It would be a worry if there was a comic book adaptation trying to be completely serious and dramatic. Branagh has got this part right. Although it is a lot cornier on Earth than Asgard. The romance between Thor and Jane is very comic book romance. Absolutely over done, predictable and cheesy. But hey, thats comic book romances for you!

After seeing "Black Swan", it was almost like a feeling of finally being able to exhale seeing Natalie Portman in this film. Her performance is nowhere near the intensity of that of Nina in "Black Swan" and it is so lovely to see her in a role like this. It is an exceptionally easy one for her and she seems very natural and at ease herself. Chris Hemsworth isn't too bad, but again is very comic book hero corny on Earth. When he is in Asgard, his acting is actually a fair percentage better than on Earth, especially when he is fighting with his father. Anthony Hopkins is flawless as usual and adds emotion and intensity to the film. Not a bad word can be said about Tom Hiddleston. He's perhaps not as evil as what he could be, but that isn't something that remains in your mind when you leave the cinema. Kat Dennings is a great addition to the film and adds humour as Jane's sidekick, Darcy.

"Thor" is a typical comic book movie crossed with the grand spectacle, historical action film. It is just good entertainment. Not a dramatic masterpiece like Branagh is used to directing, but still good viewing. Cheeseball fun.
6.5/10