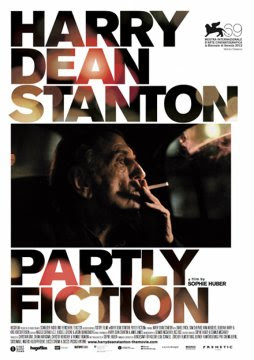 Harry Dean Stanton Partly Fiction is a biographical documentary like no other.

This is only fitting as there is no film star like the enigmatic character actor Harry Dean Stanton. At 87 years of age, he has over 180 acting credits to his name, but only one lead role in the 1984 film Paris, Texas. Although a man of few words, you listen with expectation when he speaks as what he says means something and is often very witty and funny. This documentary gives us an insight into the man that is Harry Dean Stanton and does it in an unconventional but in a wonderfully enthralling and entertaining way. 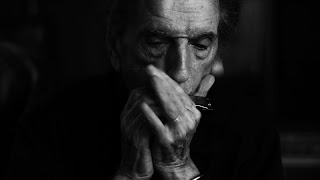 Beautifully filmed partly in both colour and black and white, Harry Dean Stanton: Partly Fiction allows us to get to know Stanton in a way we, as outsiders, would have never thought possible. As well as director Sophie Huber's direct interviews with Stanton, she also brings in the people who know Stanton best to film them and he on a one-on-one basis. These people include directors David Lynch and Wim Wenders, actor Kris Kristifferson, writer Sam Shepherd and singer Debbie Harry, and also those who know him best at the bar he has been frequenting for the past 45 years.

Harry Dean Stanton is really a very intriguing and complex man. At the beginning of the film, this man of few words doesn't give Huber much. She asks him questions about his childhood and his parents, but the only way he opens up is with his facial expressions. He audibly says no, but his face tells you all you need to know. It is a beautiful thing to capture on camera. He opens up more as the film goes on about his amazing life and the people he has loved. It is particularly a treat to hear him talk about his well known friends such as Jack Nicholson and Marlon Brando. When speaking of Brando, another beautiful moment is captured when he talks of his friend who has passed away and you see the raw pain he still feels over his death. What is particularly entertaining is watching Stanton interact with his friends. It is here where we start to see the real Stanton come through. There are many laughs when David Lynch comes for coffee and Stanton's witty sense of humour really starts to come through. 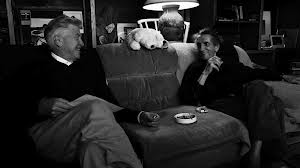 This isn't a typical documentary. Firstly it doesn't tell Stanton's life events in chronological order, but this works. We find out more about the man as he opens up and this way of the film progressing as he opens up tells us more about the private person he is and how he opens up over time. What many people will not know about Stanton is that he has a great passion for folk music and has an incredibly haunting, but beautiful singing voice. His singing provides the soundtrack for the film, but it is not dubbed in, he actually sings for the camera. Again, this technique tells us more about the man as it shares his talent and we are able to see what each song means to him by the accompanying visuals. While he is singing, there are also montages of his personal treasures around his house. Every little  piece of this film tells the story of Harry Dean Stanton and helps us understand exactly who the man is.

As Harry Dean Stanton's filmography consists of well over one hundred titles, it is more than likely that you have seen one or more of his films. However, you would have never seen him like this before. Harry Dean Stanton: Partly Fiction gives us an incredible opportunity to be let into his world and find out who he really is. A beautifully made film which admirably ignores the conventional way of making a documentary.