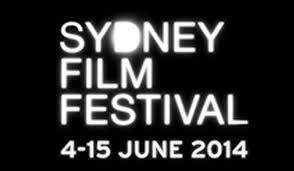 With the 2014 Sydney Film Festival only a week away, excitement is building among the film community in Sydney. This year's program is extremely diverse and the Official Competition exceptionally strong. The festival, which runs from the 4th through to the 15th of June, will showcase films from all around the world in the forms of features, short films and documentaries and many of the filmmakers and actors will be on hand to present these films at the festival's home, the State Theatre.

We were extremely lucky and very privileged to be able to speak the Director of the Sydney Film Festival, Nashen Moodley in this busy time. Moodley has been the Director of the festival since 2012, and before this was Manager/ Head Programmer of the Durban International Film Festival in South Africa. Here he discusses some of the key features of the program and the festival itself, as well as giving his recommendations for which films to check out.
﻿Firstly, congratulations on such a fantastic festival program! Can you give us a bit of an insight into the process of selecting the films for the program?
Thankyou! Well, it is quite a long process and we use different methods I guess. Firstly we travel to international film festivals and we look at quite a few different films there. We receive thousands of submissions for the competition, and we work with Australian distributors a lot. They acquire many films and we get to see them and we are able to select from those as well. And of course over the years we have made many friends and collaborators in the world of filmmaking who have had their films shown at the festival over the years. They often inform us and let us see their new work. So through those methods we are able to eventually select the final program for the festival.
How about the process of selecting the films for the Official Competition? What are you looking for in the films which you put up for the Official Competition?
For the Official Competition there is a list of criteria and all the films have the fit that criteria to be in the competition. It has to somehow be daring or cutting edge or innovative in some way. Films that move the art form forward. So I think of those criteria when I look for the films. Really the films that are in the competition are films that I really love and I think each one of those films has to be there. People who see the films will completely understand that. So I think the competition is really fun for me to come up with, but at the same time it is nerve-wrecking. They are really tough choices, and of course so many filmmakers and distributors what their films to be in the competition so there really is a lot of pressure to put the right films there. So at the same time it is both fun and pressure filled, but I am really happy with what we have. People who see the films, and there are many of them who see all the competition films are in for a real treat this year.
So how is this year's program and competition different from other years do you think?
Well I think every year is different in that the films cover different themes. I think this year in the competition there is a lot of form innovation, so people really playing with the form. Whether it be in their hybrid nature of fiction and documentary, or in Boyhood where it is shot over 12 years or in a film like Locke, which is just a man in the car the entire film. Then there is Fish and Cat which is a single shot film. I think there is quite a lot of structural innovation in the competition that really stands out and overall when you are looking through the films you are seeing that people are getting quite daring and playing with the form, especially with mixing documentary with something that is ultimately a fictional work. So I think that is what we have noted about this years program. It happened last year as well with The Act of Killing and Stories We Tell, but it is even more pronounced this year.
At the festival, obviously different people are going to be wanting to different films so I just wanted to ask you what your recommendations would be for these people. If someone wanted to see something that would make them laugh, what should they see?
Well, it depends very much on their sense of humour I think. For instance, The Kidnapping of Michel Houellebecq which is showing in the competition is a film I find absolutely hilarious. It is one of the funniest films I have seen this year, but some of my colleagues have seen it and have said "That film is not funny". I think the film is hilarious and I look forward to hanging out at the back of the theatre in some of the films and seeing if people laugh or not. One that I think most people will accept as wildly funny is the closing night film, What We Do In The Shadows. It's a film that is universally funny and it is just marvellous. 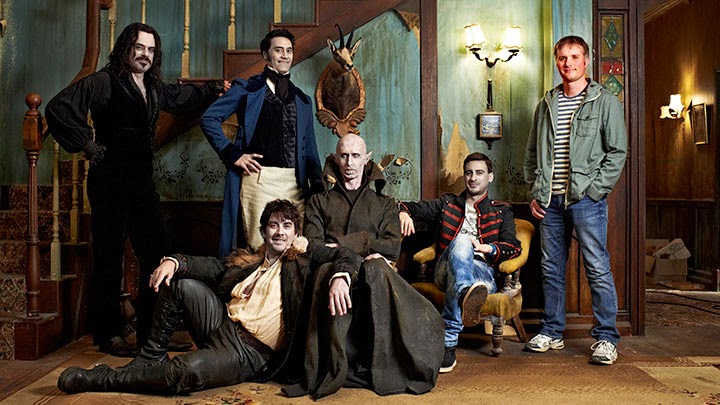 How about if someone doesn't mind a tearjerker, what should they see?
Well, I think Two Days, One Night is really an emotional film. Gabrielle also, Rock The Casbah as well. It is funny, but also a very emotional film.

And what should the romantics see?
The Lunchbox, that's a lovely film. Also Love is Strange, that's a wonderful film about two men who get married when the rules change after being in a relationship for four decades. I think that it is a beautiful depiction of a long standing relationship. The Disappearance of Eleanor Rigby: Him and Her, the dual films. It's about a breakdown of a relationship, but I think there are really beautiful and romantic moments in it.

If someone likes to be shocked, what should they see?
I think virtually anything in the competition. They are all shocking in some way, but I think one that people will find shocking is Snowpiercer, the Korean film which in in the English language but with a Korean filmmaker. It is shocking in a great way because you see an epic sci-fi film made on much less of a budget than a Hollywood film of this type. It has a really strong political undercurrent. I think that's a fantastic film, and what's quite different about that film is that the characters are really developed, but no character is safe in that anyone can die at any moment. Like in "Game of Thrones"!

And what films should a music enthusiast see?
Oh, we have so many starting with 20,000 Days on Earth, the opening film. I think the Pulp documentary, we have the Jimi Hendrix biopic Jimi: All is by My Side in which Andre 3000 from Outkast gives a wonderful performance. Finding Fela! which is about an African musician is a wonderful film by Alex Gibney. We have God Help The Girl, which is directed by Stuart Murdoch from Belle and Sebastian. Then, Johnny Winter: Down and Dirty which is a great film about the guitarist, and Keep on Keepin' On from Alan Hicks which is about the wonderful relationship between a master and his student.

You've just touched on the Jimi Hendrix biopic which I'm sure would be one of your biopic choices for the festival. Are there any other biopics you think people would really like to see?
Well, in some ways 20,000 Days on Earth is a biopic, and The Kidnapping of Michel Houellebecq is a strange biopic, but one which you could loosely call a biopic. So I think there is a lot of films which structure events or are loosely based on events, like Kumiko, the Treasure Hunter for instance or Gabrielle which is based on true events. So there are a number of films like that at the festival and I think that goes back to what I was saying earlier about the combination of reality and fiction.

And what should animation fans see?
Oh they should see The Tale of Princess Kaguya of course to begin with. I think is in an absolute masterpiece. A truly great film out of the great Studio Ghibli. We are also doing a bit of a tribute this year to Studio Ghibli this year with the film My Neighbor Totoro and Grave of the Fireflies, and we just added to the program the other day The Kingdom of Dreams and Madness, which is a documentary on Studio Ghibli. It focuses on Hayao Miyazaki in particular, and it is marvellous. 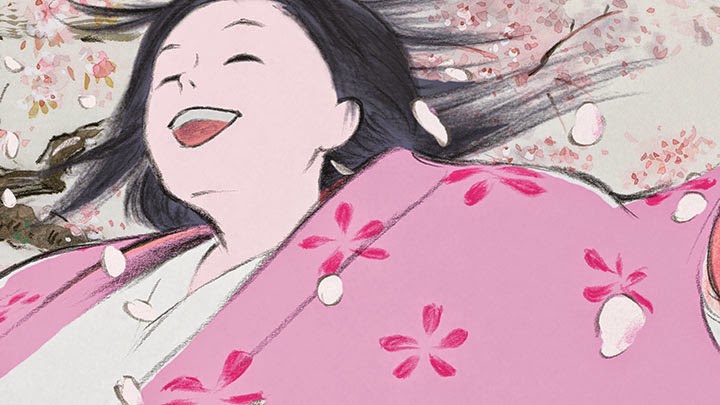 Can you tell us a bit about the tribute to Robert Altman this year? Why did you choose to honour him?
Well he is such a great filmmaker, and I think Altman has had such a great impact on filmmakers including one of my favourites, Paul Thomas Anderson. So I think it was a great time to honour him and we had been discussing the idea with Richard Moore who was very interested in curating such a program and he is good friends with Michael Altman, Robert Altman's son. We just thought it would be a great thing to pay tribute to Robert Altman and it would be really special to have Michael with us, as he worked on several of his films with him and to have him present some of the films. He is also going to be showing some rare footage of his short films that people have not seen. So I think it is going to be quite a special retrospective.

So what other activities would you recommend film fanatics take part in while they are at the festival when they are not attending screenings?
Well I think between screenings you should go to the Hub as often as you can. The Hub has a wonderful program this year. It is going to be fitted out quite differently, and I think it is going to be quite a wonderful space to hang out in. It is going to be really quite exciting. They have a great series of events and it is going to be a really fun place to go to in between screenings and I encourage people to go there as often as they can. I usually end up in the Hub every night and all the filmmakers at the festival do too. It really has developed incredibly well over the past few years and I think this year is going to be the best yet.

We would like to thank Nashen Moodley for taking the time to speak to us and we wish him all the best for this year's festival! For more information on the Sydney Film Festival, please see their official website.