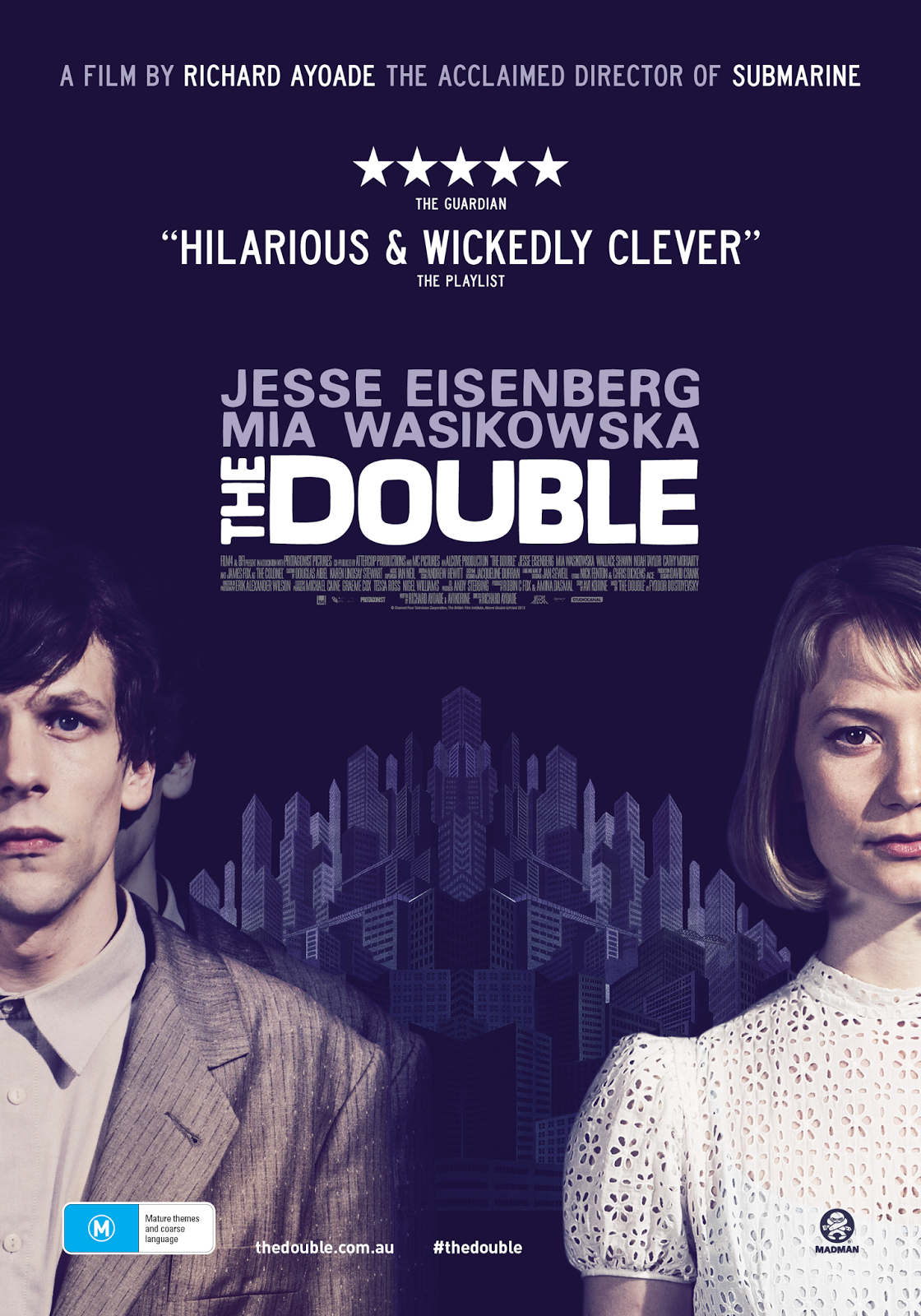 The Double is a visually exquisite piece of work which is consistently intriguing, suspenseful and captivating. It has the makings a wonderfully unique and quirky comedic thriller. The end of the film is waited for with baited breath so to find out what will become of this double and for an explanation, an explanation which is never really given. While the majority of the film is a masterpiece, the ending is one assault on the mind that leaves you in a state of bafflement.

Introvert Simon James (Jesse Eisenberg)  lives a life which is not extraordinary by any means. He is ridiculed at work, a disappointment to his mother and doesn't feel like he is anywhere good enough for the girl of his dreams, Hannah (Mia Wasikowska). His ordinary life is turned upside down the day that a new worker turns up at his office named James Simon, who looks exactly like Simon, but is his polar opposite in personality. With his charismatic extroversion, he is instantly a favourite of everyone, including Hannah. However, nobody except Simon and James seem to recognise that the look exactly the same and this works much in the favour of James and not for Simon.

The story of Simon James and his double is an extremely promising one and for the greater part of the film it lives up to it's promise. There is complete intrigue and suspense every step of the way. The Double is a very surrealistic film with it's strange and quirky story elements which somehow go unnoticed by all characters in the film besides Simon and James, although the two characters continually pass as each other. Surrealism is film has always had it's admirers and critics, but it is the admirers who will still feel that the ending of the film will be right up their alley. For others, it will be completely baffling and somewhat of a disappointment. One thing is for certain, the ending is memorable. Whether it be because you loved the finale or hated it, there is no denying that you rethink it over and over trying to make sense of it and draw your own conclusion. Whether you loved or hated it, you cannot deny that there is beauty in the challenge. 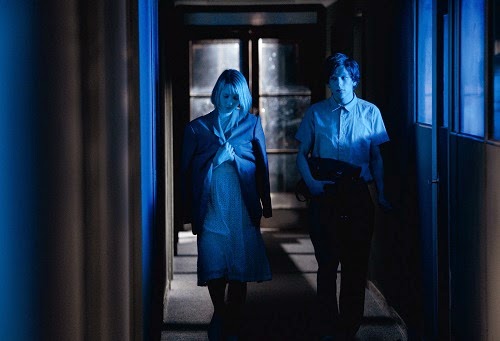 What is the true beauty of the film is it incredible cinematography. From the very first scene when Simon is in the train, The Double is extremely atmospheric due to it's clever and unique visual techniques. The use of shadowing throughout the film creates a great, dark sense of mystery throughout the film and help continue the mysterious atmosphere. There are some very interesting close ups and camera angles employed, particularly when Simon and James are together, which enhance the oddness of the situation. The continuous long shot which is used in one of the beginning office scenes is smooth and perfect. The musical score is completely haunting and dread provoking. The whole film feels particularly nostalgic and although there is that strange 80's show appearing on the television, there is more of a 60's feel to it as a result of the production design and the music feeling era specific.

Jesse Eisenberg does tremendously well here. He plays two such opposite characters in every way. Simon and James have opposite sets of vocabulary, speech, mannerisms and posture. They are both so different and yet Eisenberg is able to play both with complete commitment and perfection. He shows here his versatility as an actor and it is a rare thing to show how you can play two such different characters in one film. Wallace Shawn and Yasmin Page both do very well and a great characters on screen. Mia Waskowska does fine, but her role (unlike Eisenberg's) doesn't allow for a great deal of stretch of her acting.

The Double is not for the people who like obvious comedy and an open and shut finish. It is instead witty and captivating on a visual and psychological level.