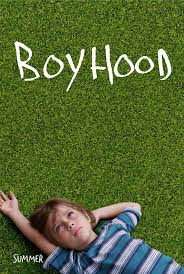 BOYHOOD is part of the Official Competition at the 2014 Sydney Film Festival on the 6th and 7th of June. Please see the official website for information on locations, times and ticket information.

Richard Linklater's Boyhood is a beautiful and ground-breaking piece of cinema that's power lies in the subtlety of life's most meaningful moments. Twelve years in the making, Linklater's masterpiece is the true definition of a coming of age film and is revolutionary in it's production. Boyhood is made with a huge amount of love for life and for the process of growing up without any use of exaggeration. Mason is more than a character in a film, he is a boy you form an attachment to and cherish the opportunity to watch grow up.

Boyhood give us the opportunity to play witness to twelve years of Mason's (Ellar Coltrane) life from when he was five years old, to when he is eighteen. Mason starts off as a naïve young boy who still holds hope that his mother (Patricia Arquette) and his father (Ethan Hawke) will get back together, a situation which seems hopeless to everyone but this little boy. Over the years he and his older sister, Samantha (Lorelei Linklater) are moved around Texas and thrust into different family situations when their mother remarries and again divorces, while their father remarries and becomes a father once again. There are great times and low points in every stage of his childhood, which all contribute to the man he is to become.

Boyhood is an incredible cinematic experience. Filming begun back in 2002 and Linklater shot the film every year for the next 12 years. As a result, Mason's boyhood is completely captured on film and is an incredibly emotional experience for anyone watching it. There is a huge sense of attachment to Mason and his family which forms over the 2 hours and 45 minutes, because it is not only 2 hours and 45 minutes you get to know him over. It is twelve years you spend with this boy and have the privilege to watch him grow, which is more than what you have with many people in the real world. The moments which Linklater chooses to share with the audience may not be the most dramatic and exciting (although some most definitely are), but they are the moments which are the most memorable and shape the person Mason is turning into. Many of these moments are also incredibly relatable, such as the awkward conversations between parent and child and when a child is struggling to understand the actions of an adult. The relationships between mother and son, father and son and brother and sister are captured with complete accuracy and a dash of hilarity, particularly in the very first scene with Mason and his Brittney Spears singing and dancing sister. 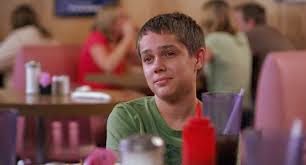 One of the wonderful things about Boyhood is that Linklater's screenplay and direction evolve as the film and years progress. His creative choices and choices of dialogue are representative to the year and Mason's age without having to say it straight up. The choice of soundtrack lets us know what year we are watching Mason in, and is carefully tailored to what is appropriate for Mason at that point in his life. As the film opens and the image of Mason's lying on the grass staring at the sky appears accompanied by Coldplay's "Yellow", it is the perfect song for this little boy who looks as though he is staring into his future. It is intriguing to watch the evolution of technology as the film progresses to indicate the time period, such as the size and shape of the computers in Mason's classes over time. One of the best moments which gives relevance to the year in the script is when Mason Snr. is having the sex talk with his daughter and using Sarah Palin's pregnant daughter as an example.

All of the characters in the film are extremely well-rounded and the actors all wonderful. There is tremendous commitment displayed by all in this film as all the actors were able to give performances as their characters as if they had been doing so in consecutive days rather than over a period of twelve years. Ellar Coltrane is the absolute star of the film. It is a beautiful thing watching him grow from a young boy into a man and a profoundly moving experience. Mason is a character who could really be anyone. He is an extraordinary boy in some ways, but in many ways he is just an ordinary boy who has the potential to do great things in his manhood. Linklater doesn't sugar coat the character at all and doesn't try to make him the perfect boy. He just wants us to be able to witness the highs and lows of boyhood through a boy who could be anyone's son, brother or friend. Coltrane does this perfectly. It truly is a thrill to watch him grow and you feel something not so different from love for him by the end of the film.

Lorelei Linklater, who plays Samantha is a character not unlike that of Mason. She is the representative of anyone's sister, daughter and friend. The way her character progresses during the film is just as rewarding to watch as Mason's. Her hyperactive little girl, moody teenager and college girl are so relatable and she does wonderfully to create such a believable and very real character.

Patricia Arquette and Ethan Hawke are both perfect as Mason's parents and their characters are extremely profound. Arquette's Olivia is a very interesting character. She is a very loving mother who always puts her children first, but she tends to make the same bad choices over and over again. Hawke's Mason Snr. on the other hand, has made bad decisions in the past but he is set on righting his wrongs and making changes in his life, which he does do. The relationship between Mason and his father changes over the years and it is great to watch the evolution of this relationship. The adult characters in Boyhood are all extremely interesting. His parents actions effect the person he becomes and is still turning into when the film finishes.

Boyhood is an amazing achievement in film. It is an unprecedented production which gives the viewer a type of attachment to a film and a character which is completely new and absolutely unforgettable.