The St Kilda Film Festival is Australia's premier short film festival and is the oldest and largest of it's kind. The festival will this year run for the ten day period between Thursday 22nd and Saturday 31st May at both St Kilda's Palais and Astor Theatre, and will showcase the best in Australian short film. The 2014 program will also feature music videos, archival screenings, youth programs, filmmaker development forums and an international showcase presented by the Palm Springs Film Festival.

The St Kilda Film Festival is an extremely prestigious event and one which is of great importance to the short film calendar, as the award winners become eligible to qualify for the Academy Award short film categories. The festival program includes the Top 100 Australian short films as entrants in the competition which prizes include more than $40 000 in cash and in-kind prizes.

As well as showcasing the Top 100, the 31st festival will also host SoundKILDA on the 29th of May, which celebrates and awards the best in Australian music videos. The three days between the 24th and 26th May will also see the hosting of the special archival programs Zombiethon, Ernest Singer Presents: A Tribute to the Home Movie Pioneer and Back to the Sixties.

This year's competition is an extremely competitive one as the Top 100 contain a huge variety of amazing films and have something for every taste. Movie Critical has compiled a list of their top twelve picks for the festival and where and when you can catch each of these incredible pieces of work. 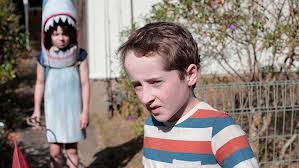 All God's Creatures
Director: Brendon McDonall
All God's Creatures won the Silver Award Student Cinematography at the ACS Awards 2013 and Best Film at the 2013 Sydney Mardi Gras Film Festival. Two young brothers who have just lost their father could not be more different and their intense relationship comes to a head one day when out fishing. This film is unforgettable. The cinematography is beautiful and the acting perfection. We are reminded here that it is not only adults who deal with grief differently, but also children deal with deep emotions in different ways depending on the type of child they are. The ending is incredibly heart-warming and sweet.
Screening Session 10 on Thursday 29th May at the Astor Theatre.

Almost
Director: Frances Anderson
Almost completely encompasses instant, pure romantic chemistry. Emily (played by Maeve Dermody of Beautiful Kate and Griff The Invisible) and Tom meet and are instantly drawn to each other, but are destined for long distance. However, unknown to Emily, Tom is always with her. Very sweet, but also heartbreaking. The cinematography is exquisite with beautiful lighting and camera angles which enhance the intimacy of the lead characters feelings.
Screening Session 11 on Friday 30th May at the Astor Theatre.

I Want You
Director: Viva Bianca
I Want You will be relatable for many in today's society. Maya is in love with a boy who lives in Israel and there relationship exists on screen as they both yearn for each other, but the distance becomes increasingly harder. This film see's two people who are in a non-physical relationship trying to somehow remember what it was like in times when they were physically with each other. A great look at a long distance relationship in the 21st century and the pitfalls of such a relationship.
Screening Session 11 on Friday 30th May at the Astor Theatre.

Into The Streets
Director: Logan Mucha
Documentary, Into The Streets takes a look at the unruly and violent beginning of the Sydney Mardi Gras in 1978. This is a great look at a piece of Australia's Mardi Gras history and a must see to realise how far we have come in terms of our nation's acceptance. It can be quite confronting and horrifying when you realise that this was only 36 years ago, but makes wonderful use of slow motion in order to run home the emotion of the times.
Screening Session 9 on Wednesday 28th May at the Astor Theatre.

Looking For Rubbish
Director: Tim Stone
Japanese war veteran, Toyoji Hatano may be 93, but this doesn't stop him cleaning the streets around his house everyday. Hatano's story is all at once heartbreaking, challenging and motivational. At his age he is frail, but his mind still tells himself that he can do whatever he wants and his body follows. This documentary is incredibly interesting to watch and beautifully shot.
Screening Session 13 on Saturday 31st May at the Astor Theatre. 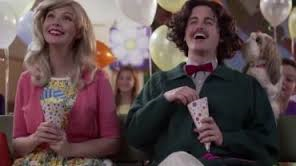 Makeover
Director: Don Percy
Tropfest second place winner Makeover, is a completely original piece of work. It is quirky and slightly odd, but very entertaining and very funny. Widower Horrie decides to go on a blind date and gives himself a makeover. The results are hilarious. The film has a wonderful use of colour and is quite fantasy like. It really is a lot of fun and completely entertaining with lots of laughs to be had.
Screening Session 3 on Friday 23rd May at the Astor Theatre.

Notes
Director: Josef Ber
Directed, produced, written and starring Josef Ber, Notes is an Australian premiere at the festival. Gary is a homeless man who is given an amazing opportunity for someone in his position, but he must decide what to do with this opportunity. A sweet and endearing film lead by a sweet and endearing character has a Groundhog Day feel to it, but with a pinch of sadness. It reminds you to separate what you desire and what you ultimately need.
Screening Session 1 on Friday 23rd May at the Astor Theatre.

Swallow
Director: Mia'Kate Russell
Swallow is the pick for horror film fan at this year's festival. Proclaimed as the world's first gay priest werewolf film, Jim returns to the town which he left as a result of constant bullying by Macka, with his boyfriend Tom. What ensues as a result of it being that time of the month is a whole lot of craziness. This film is very quirky, but lots of fun and definitely original and a creative spin on the werewolf genre.
Screening Session 12 on Friday 30th May at the Astor Theatre.

Tango Underpants
Director: Miranda Edmonds and Khrob Edmonds
After experiencing a break up, Carolyn decides to do what many do after such an event and pack her bags and leave the country. She finds herself in Buenos Aires where she falls in love with the dance of love, the tango. Tango Underpants is another film many will relate to as many girls will see themselves in Carolyn. This film is beautifully shot and as Carolyn falls in love with Buenos Aires, we also see the city and fall in love with it at the same time due to the romantic cinematography.
Screening Session 4 on Saturday 24th May at the Astor Theatre.

Test Drive
Director: Lynne Vincent McCarthy
Test Drive packs a punch and delivers an incredible amount of suspense in it's eleven minutes. Sadie allows two men to test drive her car which she is trying to sell, and after a few minutes of her sitting in the back to these two, she realises that something is really wrong and the drivers are very dangerous people. This film reminds you not to get in the car with strangers. It does not take long to kick into gear and is an absolute roller coaster for the viewer. Lead actors, Eryn-Jean Norvill, Eamon Farren and Grant Cartwright all do tremendously well here.
Screening Session 11 on Friday 30th May at the Astor Theatre.

The Landing
Director: Josh Tanner
The Landing follows a man who returns to his childhood home to find out exactly what happened a mysterious object fell from the sky in 1960. Unlike many science fiction films, The Landing has an extremely realistic feel to it, which makes this extremely atmospheric film even more creepy. Very intense and mysterious, it is also very nostalgic and perfectly captures the Midwest in 1960. A perfect pick for anyone who enjoys a bit more to their science fiction.
Screening Session 12 on Friday 30th May at the Astor Theatre. 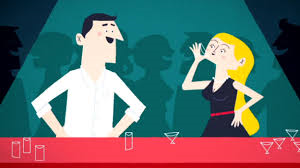 Two Player Game
Director: Joseph Gordon-Levitt and Steve Baker
This is sure to be one of the biggest hits of the festival due to the big names associated with it. Joseph Gordon-Levitt both directed and wrote this short film and Scarlett Johansson lends her voice to the female character in the short animation, Two Player Game. This hilarious piece of work leads us inside the mind of a boy and girl meeting for the first time. They are both interested, but it is all a game. A lot of fun and all very true.
Screening Session 2 on Friday 23rd May at the Astor Theatre.