"Women in the Films of John Ford" book review and Interview with Author, David Meuel 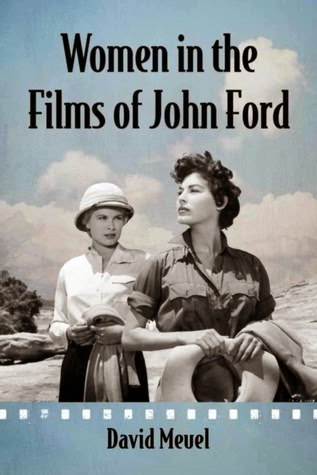 If you would like to purchase "Women in the Films of John Ford", please see the below Amazon link.

While prolific and respected filmmaker John Ford completed over 140 films in a career which spanned over six decades, his name is so quickly associated with his westerns and collaborations with John Wayne despite the incredibly wide variety of films he made. Therefore, it is a common misconception that Ford was in fact a man's director. In his book "Women in the Films of John Ford", David Meuel wishes bring new light to this idea by acknowledging that Ford was as much a woman's director as a man's director. Intriguing and wonderfully researched, "Women in the Films of John Ford" is not just a book for Ford enthusiasts, but for all film history lovers who do and don't need convincing that Ford was as much a women's director as a men's director.

"Women in the Films of John Ford" is an intriguing and convincing study into John Ford's most memorable female characters which contradict the belief that Ford was primarily a man's director. Meuel explores the character traits of the strong and well-rounded women in thirty of Ford's films ranging from Henrietta Crosman in Pilgrimage (1933) to Anne Bancroft in 7 Women (1966). The character's are looked at in depth to prove how much Ford cared about the women in his film, but the actresses who played these characters are also given short biographies of their own as their characters are spoken about.
Written in a style that is academic yet slightly conversational, David Meuel is extremely convincing in his quest to prove that Ford should not be remembered primarily as a man's director, but rather one that cared as much about his female characters as he did about his male. Meuel is quick to point out that there was not one particular type of Ford woman as there is with other directors of the time, but a wide variety of women with different character traits and different backgrounds. However, they are all strong, distinct characters which have all been constructed with a great amount of thought and care by Ford.

"Women in the Films of John Ford" is a piece of non-fiction which will be a fascinating read for any film history lover. The research Meuel has undertaken for this book is outstanding, as he draws upon the films, biographies and past reviews and interviews as part of his exploration. While it is of course intriguing coming to understand Ford as also a women's director, it is astounding to read in detail about the large number of films which Ford made and the number of talented and diverse women he worked with in bringing these characters to the screen. Ford had the pleasure of working with such well known actresses as Jean Arthur, Shirley Temple, Claudette Colbert, Donna Reed, Ava Gardner, Grace Kelly, Natalie Wood, Anne Bancroft and, of course, Maureen O'Hara. The films themselves are just as intriguing to read about as many lesser known Ford films are spoken of, such as Pilgrimage, Steamboat Round The Bend (1935) and Drums Along The Mohawk (1939), which encourage the reader to re-explore Ford's films to witness these performances themselves.

"Women in the Films of John Ford" is a wonderful piece of work that not only proves a notion which may surprise many, but it is also entertaining and evokes excitement in the reader for Ford's work. 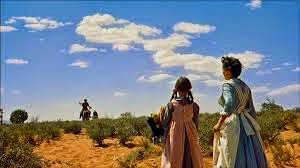 John Ford is traditionally known more for his male characters than his female characters, so your book may come as a surprise to many people. If you could sum up in a few words why people shouldn’t find this book surprising, what would you say?

That’s an intriguing question. Some of Ford’s best-known characters are women. Maureen O’Hara’s Mary Kate in The Quiet Man and Jane Darwell’s Ma Joad in The Grapes of Wrath are certainly two good examples. In addition, Ford populated dozens of his films with complex, well-developed and compelling females. People shouldn’t find the subject of my book surprising, because, if you look at the films, the interesting female characters are there. Sometimes, they’ve taken supporting roles along side dominating actors such as John Wayne, but they are there. They have strong points of view, they are often vividly portrayed, and they are absolutely worth our attention.

When did you start to see Ford for the female characters he brought to the screen rather than the male? Did you ever see Ford as purely specialising in male characters, or have you always paid more attention to the female?

I’ve always thought that Ford’s films had great characters in them, both male and female. But, I must confess that I didn’t realize how many wonderful, diverse female characters are in Ford’s films until I started researching this book.

When did you feel you needed to tell the world about the amazing female characters Ford brought to the screen and write a book about them?

The process probably started about three and a half years ago when I first saw Pilgrimage, a little-known gem Ford made in 1933 that stars an actress hardly anyone knows about anymore. Her name
is Henrietta Crosman. She was a major stage actress from the 1880s to the 1920s, and in her later years she transitioned into movies. She made Pilgrimage when she was 71, and she dominates the film from beginning to end. Both the character she plays, Hannah Jessop, and her performance are riveting. Of all the other roles in Ford films, the one she reminds me of the most is Ethan Edwards, the character John Wayne plays in The Searchers. Yes, like Ethan, Hannah is sometimes a very cruel, troubled person, but she’s also thoroughly captivating.

I wrote a blog about Pilgrimage, Hannah, and Crosman for a website that’s dedicated to Ford and his films, and I was on my way. I thought this was a refreshing angle to take on Ford—something people didn’t write about all the time—and I kept writing short blogs on women in his films. Soon, the blogs became essays, and the essays became chapters in a book.

You cover an incredible number of Ford films and the female characters in your book. Including shorts and documentaries, Ford has over 140 directorial credits to his name and over 50 of those are features. How many Ford films did you see as part of your research?

I’d guess that more than 80 of his films are features. Sadly, too, many of his silent films—both
feature length pieces and shorts—have been lost. That said, I’ve seen about 60 of his features, many for the first time as I was researching the book. Along with Pilgrimage, there were many other surprises: Shirley Temple in Wee Willie Winkie, Jean Arthur in The Whole Town’s Talking, Karen Morley in Flesh, and lots more.

Do you have a favourite Ford film?

Wow, that’s a tough one! One of the reasons this is such a tough question is that Ford made so many films that are so good. I could easily name 15 or 20 that I have special fondness for. But, when pressed, I would have to say The Grapes of Wrath, They Were Expendable, and The Man Who Shot Liberty Valance. Now, as soon as I say this, I feel guilty because I’ve left out so many that I really like!

How about the women in them? Do you have a favourite Ford woman?

That’s another tough question. For many people, that favourite woman would be Maureen O’Hara, particularly her Mary Kate in The Quiet Man. That would certainly be one of mine, too. But there are so many others: Ava Gardner’s Honey Bear in Mogambo, Joanne Dru’s Denver in Wagon Master, Henrietta Crosman’s Hannah in Pilgrimage, and Anne Bancroft’s Dr. Cartwright in 7 Women are just a few.

It has recently been announced that Maureen O’Hara, who appeared in several Ford films, will be presented by the Academy with a Lifetime Achievement Award this year. You must believe that this is great news!

Yes, I think it’s great that Maureen O’Hara is finally getting some Academy fanfare. It’s been a long time coming. She did superb work for Ford in How Green Was My Valley, Rio Grande, and The Quiet Man. She also delivered excellent performances in dozens of films by other directors.
By the way, as part of the research for my book, I read her memoir, ‘Tis Herself. What I liked best was how her natural feistiness shined through. She could (and probably still can) hold her own with
anyone, even someone as feisty as John Ford. 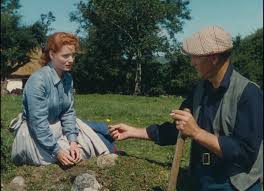