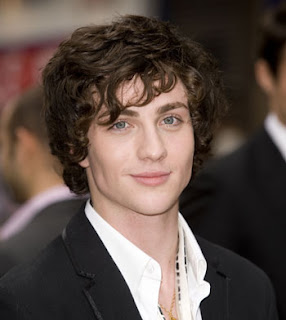 It’s been awhile since Movie Critical has done a Rising Star post, so here it is now! This time around we have chosen Aaron Johnson as our Rising Star. Despite his young age, this UK actor is no stranger to show business. He has been in several productions over the years, but with his starring role in the critically acclaimed “Nowhere Boy” and the release of the highly anticipated “Kick-Ass”, his star is definitely on the rise.

Aaron Johnson was born on the 13th of June 1990 in High Wycombe in England. He started acting at the age of 6, when he started attending the Jackie Palmer Stage School in the same town as his birth. In his time here, he studied acting, dance and acrobatics. Johnson appeared in several productions both on stage and on film.
Johnson’s big break was playing the heart throb, Robbie in “Angus, Thongs and Perfect Snogging”. From here, he gathered quite a fan club. However, it was in the biopic, “Nowhere Boy” that the world became familiar with Aaron Johnson and his superb acting abilities. Sam Taylor Wood chose to cast Johnson in the lead role of the film as the young John Lennon. Such a role came with high expectations, and Johnson fulfilled this expectation by creating the perfect interpretation of one of the greatest musicians of our time. This film also marked a significant event in Johnson’s and Sam Taylor Wood’s life. The two became a couple and were engaged not long before the release of the film. The couple are also expecting their first child in the latter half of 2010. This relationship has been highly featured in gossip columns because of the 22 year age difference between the two. However, the age difference is not as startling in 2010 as it would have been in the past, and the couple are said to be very happy and do not let the age come between them. 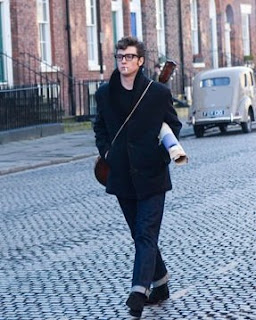 “Kick-Ass” is set to be released in Australia on the 8th of April and 16th of April in the United States. Johnson plays the lead role of Dave Lizewski, whose secret persona is super-hero Kick-Ass. The film has already attracted loads of media attention and has already collected favourable reviews in its advanced previews. Johnson’s next project is in the Hideo Nakata directed film, “Chatroom”.

Aaron Johnson is fast impressing everyone in the film world with his versatile and intriguing roles. There is no doubt that this younger performer has a great deal ahead of him and we look forward to seeing a great deal more of him in the future!
Posted by NP1982 at 10:26 PM