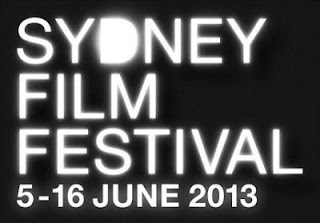 We are very excited to announce that in a little less than a week, Movie Critical will be covering the 60th Sydney Film Festival!

This is a very exciting time. As I am from Sydney, this is not the first time I have attended the SFF, but it will be the first time I have been able to cover it for Movie Critical and in great detail. I am so excited to be able to tell you all about the biggest film event in Sydney's calendar year and share with you not only reviews from all the films I see, but also photos and my experiences at these screenings, the red carpet events and all the happenings from the Festival Hub which will be located at lower Sydney Town Hall. It is going to be a great week and a half.

Firstly, let me give you a bit of information about the festival. SFF was founded in 1954 and was held in four venues over four days. There was 40 films screened and the 1200 tickets for the event sold out. There is a great free e-book on the official SFF webpage available to read which is available here. 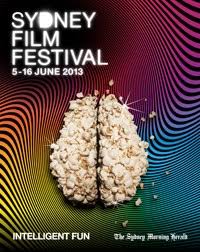 The 2013 SFF will have over 150 films with over 260 screenings. The number of films showing this year is more than any other year so far. Nashen Moodley became director of SFF in 2012 and is the current director. Only two days ago after I expressed on Twitter how excited I am about the festival next week and Moodley tweeted me back letting me know that he is also very excited!

There are three competitive sections of SFF. There is the Official Competition which this year contains twelve films, the Foxtel Australian Documentary Prize and the Dendy Awards For Australian Short Films. Apart from the competition films, there are notable feature films and shorts showing. Many of these screenings are Australian premieres.

Like any great festival, SFF isn't just restricted to the screening venues. There are going to be talks given by film buffs and academics and also by many of the film directors who are part of the official competition. During the festival, I am lucky enough to be attending the Ian McPherson Memorial Lecture given by the incredible film critic, David Stratton and special guest, Australian actor, Jack Thompson.

The place to be is going to be the Festival Hub! This place sounds like it could well be my heaven on Earth. The Hub will have free exhibitions, talks, screenings, shows, parties and DJ's. I am looking forward to attending their Film Club, which takes place daily at 5pm. I'll be there! Come say hi!

I'm going to try and see as many films as I can at the festival this year so I won't give you my official list of films I will be seeing as of yet. Please join me for this very exciting week and a bit when the world of film comes to Sydney!

I have already reviewed two films which will be showing at SFF this year.

Only God Forgives is part of the Official Competition. Please feel free to read my review here

Greetings from Tim Buckley is a feature showing at SFF. Please feel free to read my review here

For tickets and to find out more about SFF, please see their official website.
http://www.sff.org.au/public/home/

If you want to find out more about the Festival Hub, please see here